What are the US States with the Most Pizza Stores as per population? 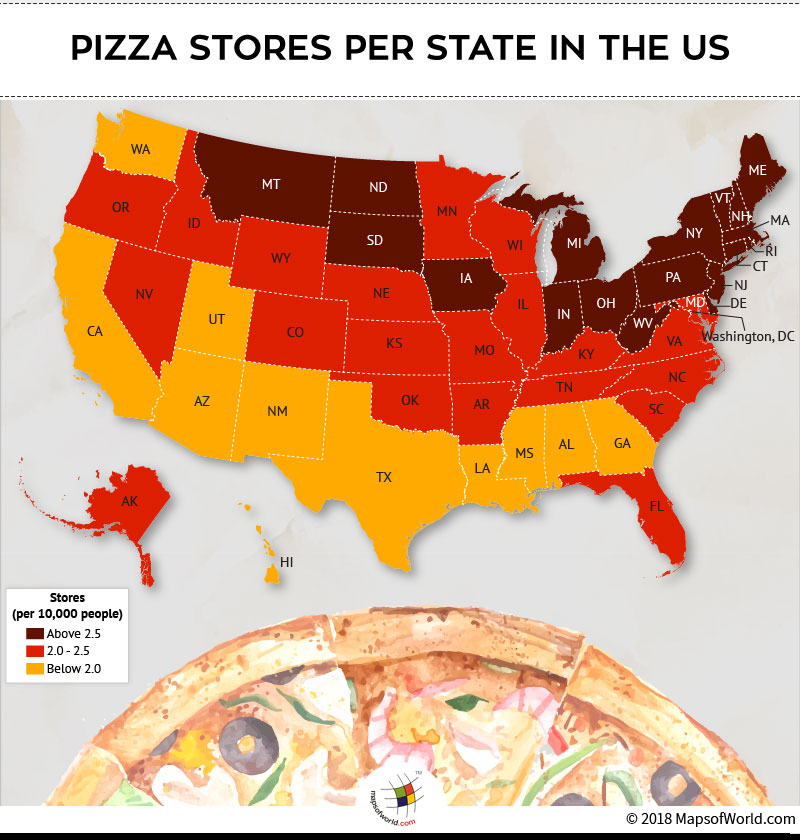 One of the favorite delicacies around the world is the delicious Pizza. As many would know, it originated in the European country, Italy. Widely consumed all around the world, in the United States, it is one of the biggest industries as well.

Recent Consumer Reports suggested that the pizza sales reached $45.1 billion in year 2017 and Business Insider claimed that Blaze Pizza was the fastest-growing chain of fast food. On the other hand, Pizza Hut, Domino’s and Little Caesars are the top selling brands.

Pizza stores currently exist in every state of USA; however, the number varies in each region. Some of the popular varieties in US are California-style pizza, Chicago-style pizza, Detroit-style pizza, Hawaiian pizza and New York style pizza.

If you wish to gorge on the delicious pizzas, then visit New Hampshire, as it has the most pizzerias in the country. According to Pizza Power Report 2018, there are about 3.58 outlets, per 10,000 people. The other states where more than 3 stores exist per 10,000 people are Iowa, Pennsylvania, Massachusetts, Rhode Island, New Jersey, Delaware, Ohio, Connecticut and Wet Virginia.
It might be surprising to know, that the state which attracts numerous tourists, Hawaii, was ranked at the bottom with just 0.94 pizzerias per 10,000 people.

The table provides information on the number of pizza stores in each state of the United States per 10,000 people.