What is Flag Day, in the US? - Answers 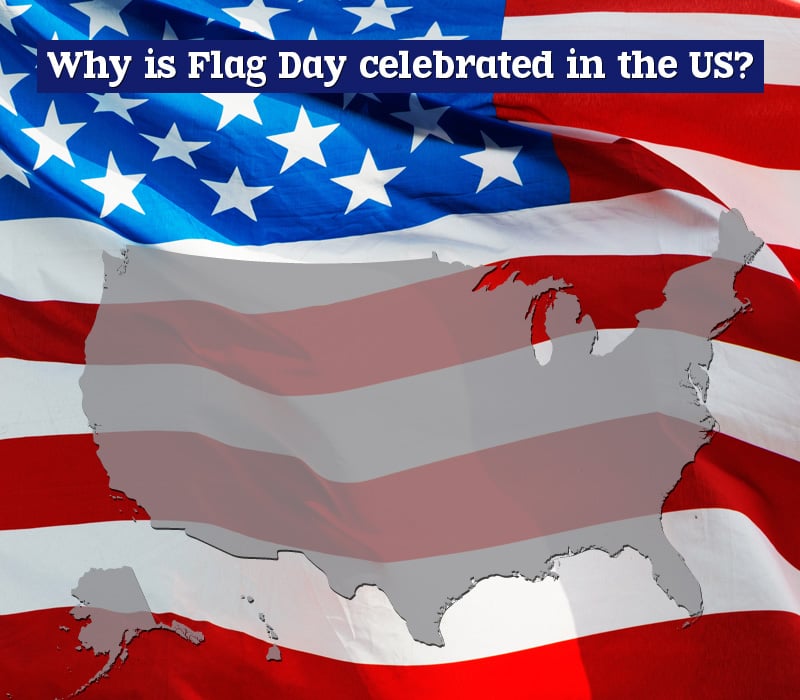 Flag Day is observed on June 14 in the United States each year. It is a recognized day that celebrates the date (in the year 1777) when the US initially approved the design for the country’s national flag.

According to popular American legend, George Washington, Robert Morris, and George Ross had called upon Philadelphia seamstress Betsy Ross and asked her to sew the first flag for the new nation that would be created after the declaration of independence from the British. On June 14, 1777, the Second Continental Congress resolved to adopt the first version of the flag during a meeting held in Philadelphia. During the meeting John Adams had said, “Resolved, that the flag of the thirteen United States shall be thirteen stripes, alternate red and white; that the Union be thirteen stars, white on a blue field, representing a new constellation.”

The idea of celebrating the National Flag Day is credited to various people. Some believe that it originated from BJ Cigrand, a schoolteacher from Wisconsin, who arranged for first observance of June 14 with his students as ‘Flag Birthday’ or ‘Flag Day’.

William T. Kerr of Pennsylvania is believed to have founded the American Flag Day Association in 1888 and promoted the commemoration.

Yet others credit George Morris of Connecticut for organizing the first National Flag Day celebration in Hatford, in the year 1861.

Through the late 19th century, newspapers, schools, and state education boards enthusiastically adopted the idea of a Flag Day celebration and the spirit of allegiance and patriotism gave the celebration a great boost. In 1916, President Woodrow Wilson made a national proclamation officially sanctioning Flag Day celebrations on June 14. Later, 1949 the US Congress adopted the date as National Flag Day.

National Flag Day is not a federal holiday but many educational and public institutions celebrate the day and Americans enjoy the display of the national flag in public spaces and private properties. Since its first adoption the design of the national flag of the US has changed twenty-seven times. As different states entered the union, the number of stars has increased. The current version was adopted on July 4, 1960, when the latest state, Hawaii, joined the union.