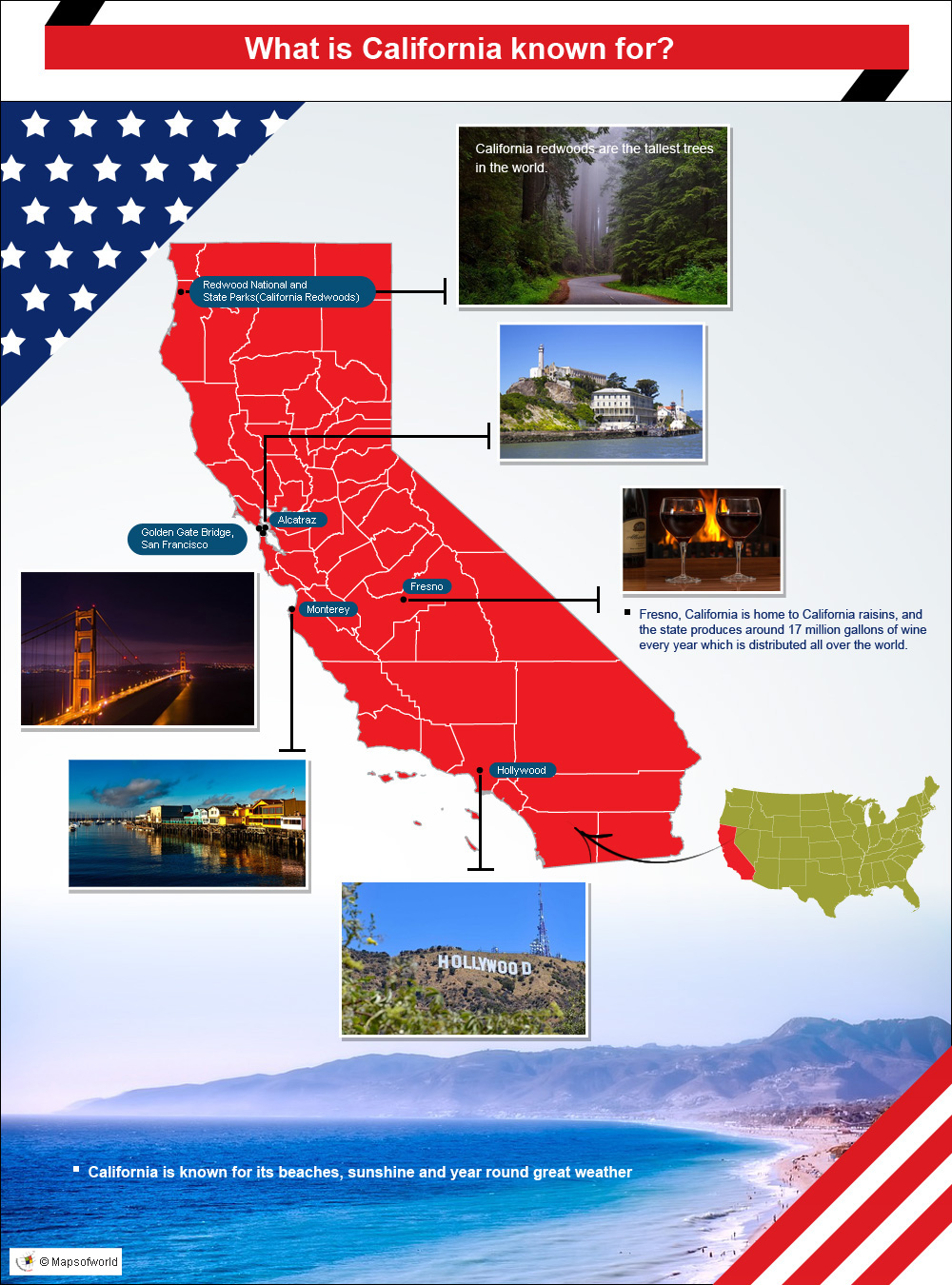 California is Known For

California is known for its famous Golden Gate Bridge, Silicon Valley, Hollywood, sandy beaches, National Parks, amusement parks, and mountains. The state is also known for being home to some famous and influential people such as Joe DiMaggio, Richard Nixon, and Julia Child. The state produces around 17 million gallons of wine every year which is distributed all over the world. Toys like Frisbee, Barbie, and skateboard were developed in the state. The world’s tallest trees, California redwoods, are found in California.

California is not only known for its beautiful beaches and great wine, but also for peaches, strawberries, grapes and other flavorful fruits.  Tech giants like Apple, Google, Facebook, and Twitter call Silicon Valley and thus California their home. California is an end-to-end cosmopolitan state, the world lives here and California talks in 16 languages other than English (at least 100,000 as primary speakers) which include Spanish, Japanese, Chinese, Vietnamese and Korean.