What are the best places to spot Giant Pandas? - Answers 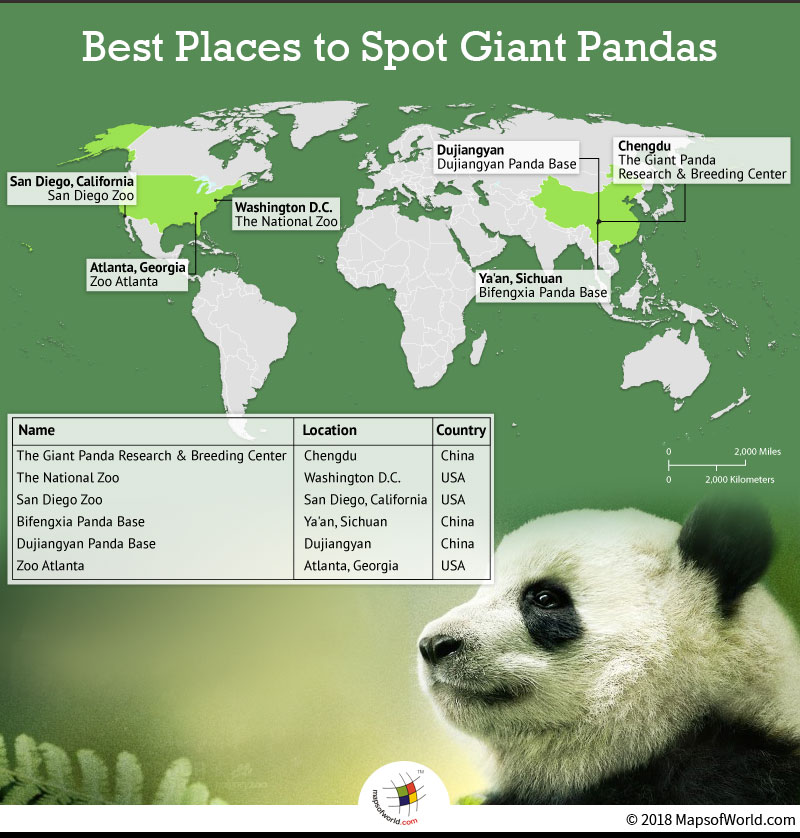 Rarely seen in the wild – the charismatic Giant Pandas are one of the universally loved species. There was a time when these gullible creatures could have been found throughout eastern and southern China, northern Vietnam and northern Myanmar, but now they are restricted to only few mountain ranges in China. Numerous human activities like livestock grazing, fuel-wood collection, herb collection and mining have caused disturbance in the habitats of pandas around the world.

It is unfortunate that pandas are under the IUCN Red List of threatened species, but the organizations around the world are focusing on conservation of this species and reports have shown success. As per World Wildlife Fund, the percentage of pandas has increased up to 17% within the years of 2003 to 2013, and as of 2014 around 1,864 giant pandas were alive.

With the innumerable videos of adorable pandas rolling around on the internet, the world does not want the species to become extinct. These creatures might spend 14 hours of the day feeding themselves, but they benefit the mountain forests by spreading seeds in their droppings. It helps the vegetation and overall ecosystem to remain healthy. Their survival adds a lifeline to the other threatened species like golden sub-nosed monkeys, red pandas and snow leopards as well.
It is a wholesome experience to watch a panda relaxing or stumbling in front of you. These extraordinary tree climbers can be spotted chewing on the bamboo in different centers around the world. Some of the well-known destinations which are helping in safeguarding them, whilst providing you an eye to eye experience with pandas are as follows: