Is abortion illegal in any US State? - Answers 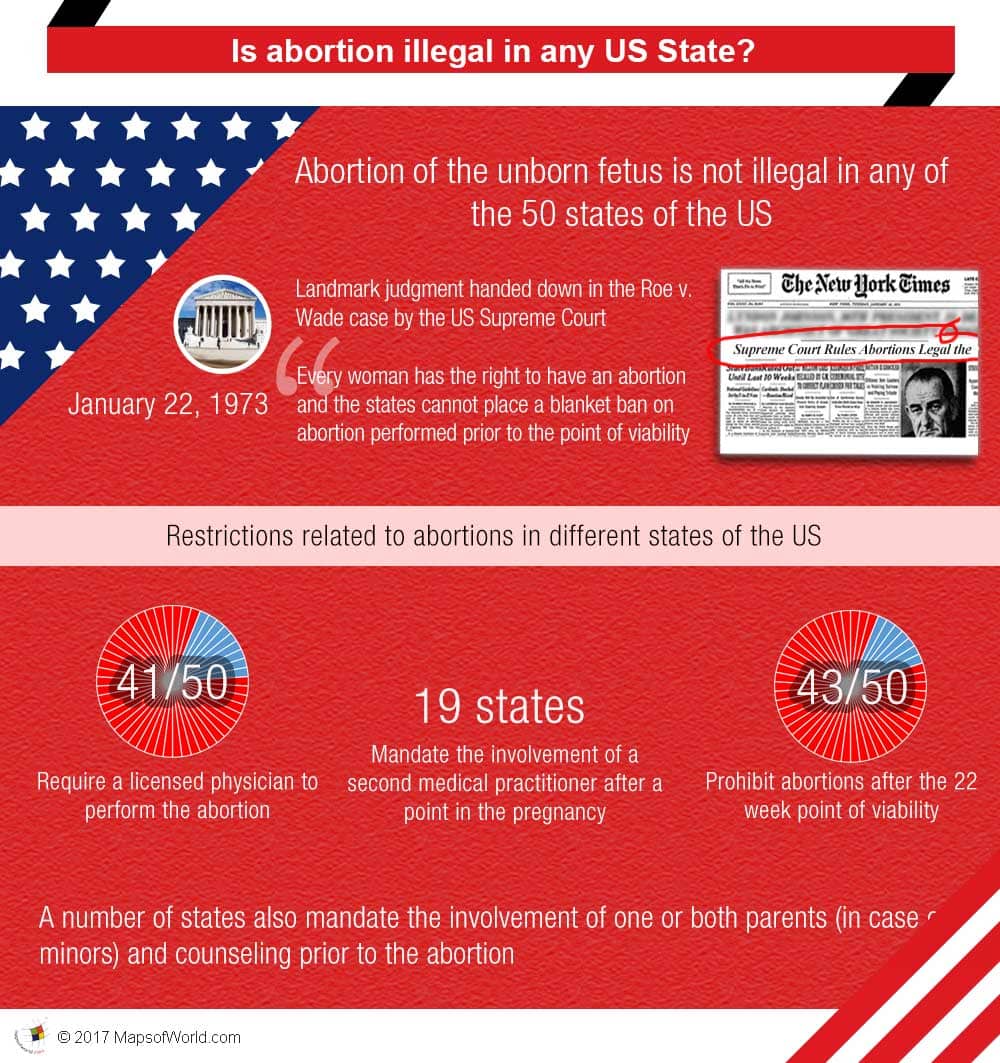 Generally speaking, abortion of the unborn fetus is not illegal in any of the 50 states of the US. In the landmark judgment handed down in the Roe v. Wade (1973) case, the US Supreme Court established that every woman has the right to have an abortion and the states cannot place a blanket ban on abortion performed prior to the point of viability (established at 22 weeks in Casey v. Planned Parenthood – 1992).

Doctors are also prohibited from performing intact dilation and extraction abortions. There is also a ban on use of federal funds for abortion.

Popular sentiments regarding abortion, however, vary from state to state, as do regulations and restrictions on abortion.
For example, 41 of the 50 states require a licensed physician to perform the abortion and some 19 states mandate the involvement of a second medical practitioner after a point in the pregnancy. Also 43 states prohibit abortions after the 22 week point of viability. A number of states also mandate the involvement of one or both parents (in case of minors) and counseling prior to the abortion.

The greatest restriction in the states, however, comes by way of funding. A number of states restrict usage of state (public) funds for abortion except in cases where carrying the unborn child to term may threaten the life and health of the mother. In a number of states, private insurance providers do not cover voluntary abortion.