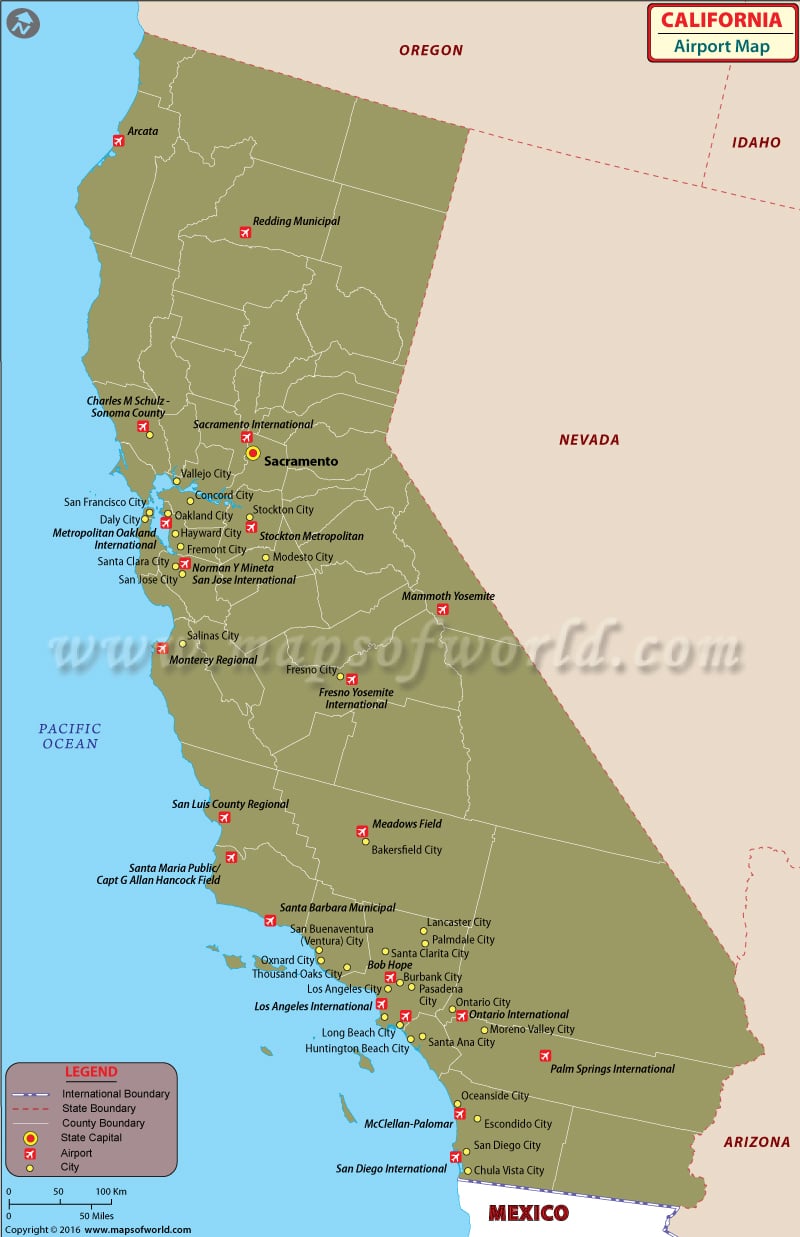 Airports in California are also grouped in accordance to their type and location. These airports include all-public-use as well as military airways. Well, the city served airports are the ones which are generally associated with the city that they are located at, in accordance to the master record maintained by the Federal Aviation Administration. Each airport in California has an ‘IATA’, which is the code that is being assigned by the IATA (International Air Transport Association) and is different from the FAA code that is displayed in bold. Some of the city served airports in California include Arcata, Bakersfield, Carlsbad, Chico, Crescent City, Fresno, Modesto, Oakland, Ontario, Palm Springs, Santa Maria and many more.

Map of California and Mexico