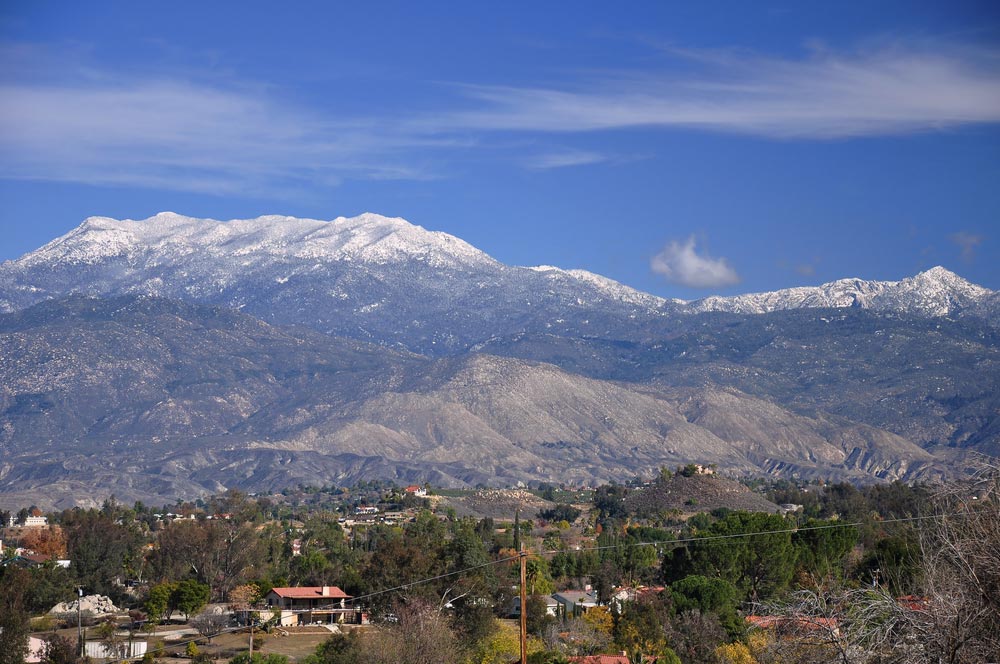 Get ready for a date with the mountains. Leave the monotony of your regular life, pick up your backpack and go! Mount San Jacinto is the second highest peak in California, a two-hour drive from both Los Angeles and San Diego. Standing tall at a height of 10,834 feet above sea level, this mountain boasts of some of the varied flora and fauna found in North America. The mountain is a part of the Mount San Jacinto State Park.

Get transported to your personal fairy tale as you ace the mountain’s granite peaks to be the ‘king of the world’. Spend an intimate time with nature gulping hot chocolate from the thermos as you brave the sub-alpine forests of the region. Traverse through the delicate fern meadows as you hear the bygone music of a distant Troubadour. With two drive-in campgrounds near the town of Idyll wild, you can enjoy your solitude, stargazing on quiet nights, or enjoying a sparkling bonfire with friends.

Enter the heart of the wilderness in mountain county, as you step inside the 14,000-acre Mount San Jacinto State Park from Idyllwild or Palm Springs. Even though, Mount San Jacinto is almost 11,000 feet above sea level, there are many other peaks almost as high. So you have a list of peaks to choose from. Much of the park stands above 6,000 feet giving you the true pleasure of trekking as you explore its vast flora.

With the irrigation of the Coachella Valley, green golf courses with generous agriculture has been made possible. Breathe in the greenery as you stand atop the Tramway Mountain Station, overlooking this area, called Palm Springs. Beyond Palm Springs lies a desert extending for over a hundred miles, reaching out to the southeast Salton Sea overlooking the Imperial Valley in the distance. And you can see all this beautiful expanse right from the Station.

If you like steep challenges, try climbing the San Jacinto peak from the northeast. The mountain plunges down 9,000 feet in less than 4 miles, thus making it one of the steepest peaks in California. If you are feeling more adventurous than usual, hop into the Pacific Crest Trail, a scenic trail spanning over 2,650 miles from Mexico to Canada, through three western states. Made with the sweat and hard work of volunteers, this trail makes a crucial stop at Mount San Jacinto. 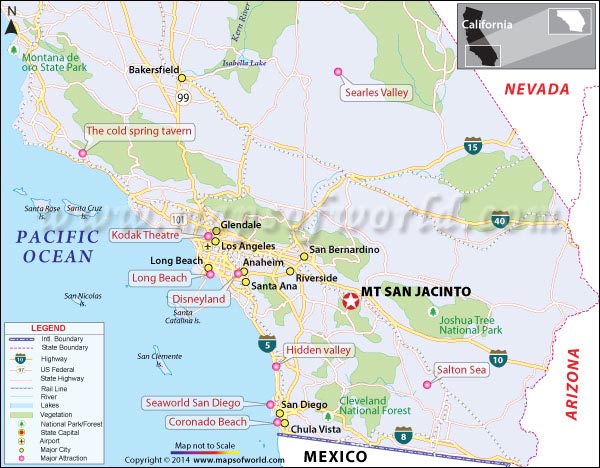 Where is Mt San Jacinto?

The Palm Springs Aerial Tramway will then take you from Valley Station to Mountain Station, at the border of the wilderness.

Summer sees occasional hot spells with temperatures ranging between mid-70 to low 90s. The trails are usually cool and comfortable during summer. But in the winter, the temperature drops to the mid-50s. Snowfall is common with temperatures dropping to 0 at times.

Wilderness Permit is a must and is available on application from State Park Headquarters in Idyllwild or at the Long Valley Ranger Station. Groups must not have more than 15 people. Dogs are not allowed in the wilderness area.

Daily use paid vehicle fee for entry into Mount San Jacinto is $8.00. A separate fee is charged for camping. A Surf Explorer Vehicle Day Use Annual Pass is available at $195. The pass is valid for one year and can be used in several other parks as well.

Which are the points of interest near Mount San Jacinto?