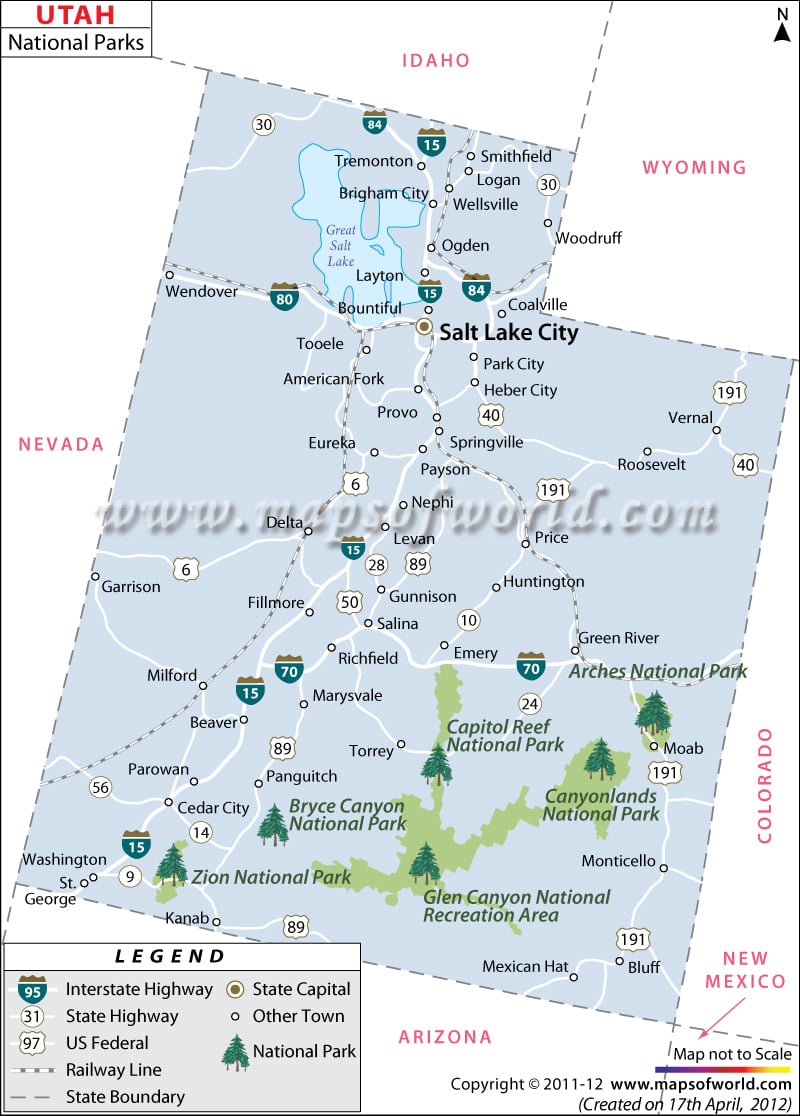 Map highlights the accurate location of the recreational centers and natural parks of the state. Monoliths, ridges, canyons and buttes are the major attraction of this national park.

How many National Parks are in Utah?

There are majorly 5 National Parks in Utah map known as Utah’s “Mighty Five” which include – Zion, Bryce Canyon, Capitol Reef, Arches, and Canyonlands national parks along with the diverse state parks and nameless vistas of southern Utah. Each park showcases the iconic landscape of the Colorado Plateau. Other than national parks there are 11 national monuments, historic sites, and recreation areas.