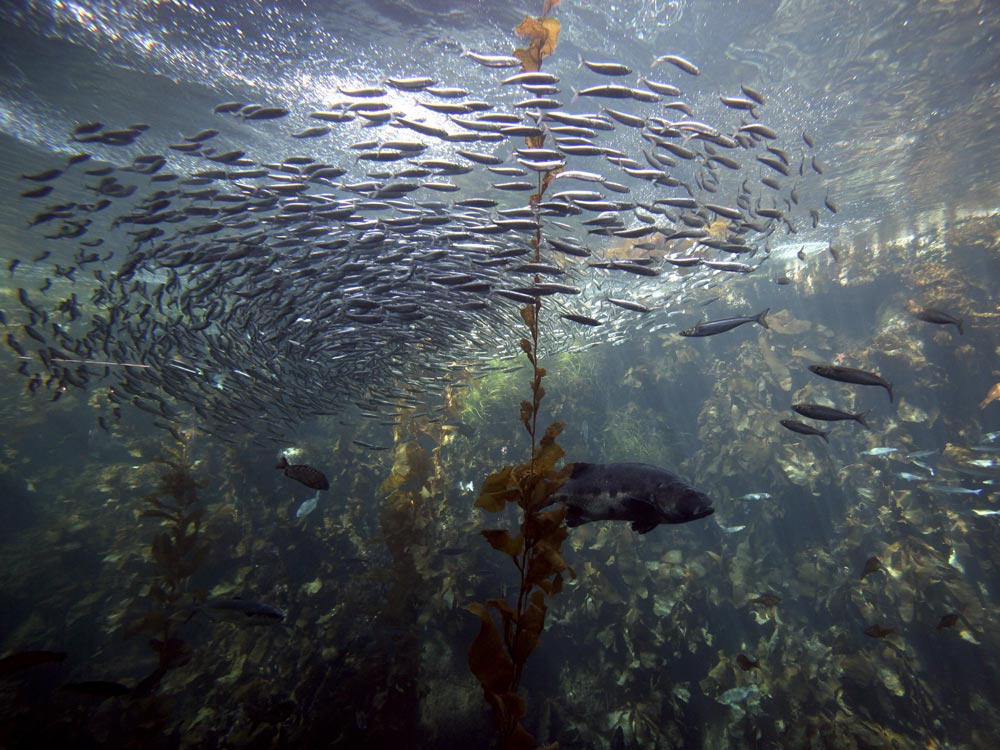 Get ready to be swayed by the moves of the ocean sunfish, as it makes waves behind its majestic tail. Examine the marvels of the yellowfin and bluefin tuna at one of the rarest aquariums in the world that houses them.The Monterey Bay Aquarium in California promises to be a maritime adventure of depth and ocean wonders.

Let your imagination run wild in the feet long forests of Giant Kelp, which the aquarium plants and maintains. This aquarium was the first in the world to exclusively grow real California Giant Kelp and now houses it in a 28-feet gallon tank that is replete with marine life that live in the jungles of wild kelp. It’s a different kind of forest, one where animals run with fins and exhale bubbles. Chase fishes, sneak a peek from behind the giant foliage; just like hide and seek. If you are looking for a fun trip with your family or even just a first date, this is one sight you can’t miss out on. This tank is the centrepiece of the Ocean’s Edge Wing and visitors are able to view this from different levels of the building.

The Open Sea galleries house the largest tank in the Aquarium: a 1,200,000-US-gallon tank that is also one of the few single-paned aquariums in the world. Other sea-life that you can see below as well as from above waterline includes numerous varieties of sea otters, jellyfish, sting rays, and other native species, although the jelly fish are kept in a Kreisel tank, that keeps a circular movement of water to facilitate the suspension of jelly fish. Special exhibits also house sea horses and penguins. 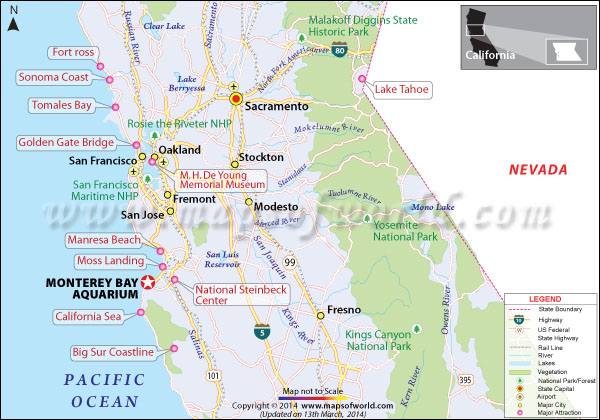 Where is Monterey Bay Aquarium ?

Located in Monterey at the end of west end of Cannery Row, and minutes from Carmel and Pebble Beach is Monterey Bay Aquarium. The Bay is approximately 360 miles (600 km) north of Los Angeles and 125 miles (208 km) south of San Francisco. There are a lot of parking options but the Monterey-Salinas Transit (MST) also provides buses to the area.

With a Mediterranean climate that consists of dry warm summers and wet mild winters, the average temperatures in Monterey range between 6°C and 21°C. Temperatures rarely go beyond 2°C.