Where is Coachella, California 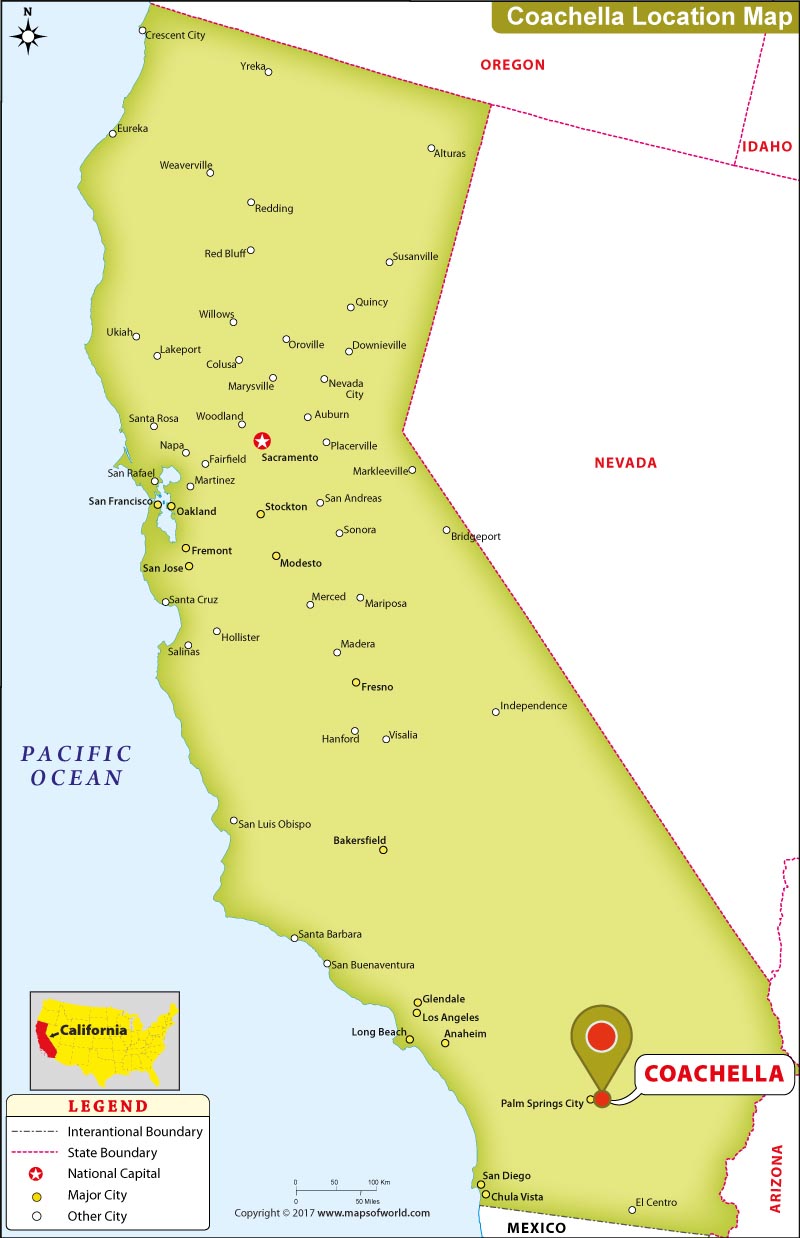 
Coachella, also known as "City of Eternal Sunshine", is a city in California's Riverside County. Located 28 miles east of Palm Springs, 72 miles east of Riverside and 130 miles east of Los Angeles, it is the easternmost city in the region.

The total area of the city is 28.95 square miles, all of it covered by land, according to the United States Census Bureau.

This is basically an annual music and arts festival which is held at the Empire Polo Club in Indio, California, situated in Coachella Valley of the Inland Empire, in the Colorado Desert. The festival was co-founded by Paul Tollett and Rick Van Santen in 1999. Goldenvoice, a subsidiary of AEG Live organizes the festival every year.

Musical artists from various genres of music, which include rock, hip hop, indie, and electronic dance music, as well as art installations and sculptures, are featured at this event. Several stages are seen continuously hosting live music across the ground. The main stages include Coachella Stage, Outdoor Theatre, Gobi Tent, Mojave Tent. In 2011 and 2016, a smaller Oasis Dome was used. In 2013, Yuma stage was introduced, while Sonora stage has been introduced in 2017.

The festival has become a trendsetter in music and fashion. Attendees are seen wearing variety of distinctive apparels in Coachella.

The success of the this festival resulted into founding an additional music festival at the Empire Polo Club in 2016 which was named as Desert Trip. Legacy acts such as the Paul McCartney, Rolling Stones and Bob Dylan were featured at the event.