Top 10 Things to do in San Francisco

San Francisco is one of the greatest cities in the world. Beautiful natural features, diverse, vibrant cultures, and rich history join together in the perfect combination to form this world-class city. Built on a hilly peninsula on the best coast, San Francisco first rose to greatness during the Gold Rush era, when thousands of people flocked to the city from around the world in hopes of striking it rich. Throughout San Francisco’s history, people have migrated to the city in search of a better life. San Francisco was built on hard work and big dreams. From the Gold Rush of the 1850’s to the tech rush of today, San Francisco continues to inspire and attract innovators and revolutionary thinkers. The city has been at the forefront of social movements and the battleground of fights for human rights.

Many of the most top popular attractions in San Francisco showcase the city’s unique history and colorful cultures. The city is made up of many neighborhoods, each with its own personality, history, and culture. San Francisco is gritty and raw in the close-ups and gorgeous in the long shots. Over the next 365 days, I will attempt to explore everything that San Francisco has to offer, from the major tourist attractions to the local hangouts, and document them here. Many of the places that will be featured will be as much a reflection of myself and my preferences as they will be a guide to the City by the Bay. I look forward to reading the differing opinions and suggestions from readers about the best places in San Francisco. Explore this beautiful video.

Top Ten things to do in San Francisco Video

What to do in San Francisco:

The classic cable car has helped San Franciscans travel in style up the steep hills of the city since 1873. The transportation system utilizes a network of tracks, underground cables and pulleys to pull the cars across the city under the control of the gripmen. Though today, the cable cars are not the most efficient way to get around (mostly because of the long lines to get on), they are certainly the most fun. Riders can stand on the runners and hold on tight as the cables pull the cars up the hill, stopping at the top for breathtaking views before rushing back down the hill like a very slow roller coaster through the streets of the city. Cable Cars are considered one of the Top 10 Attractions in San Francisco. 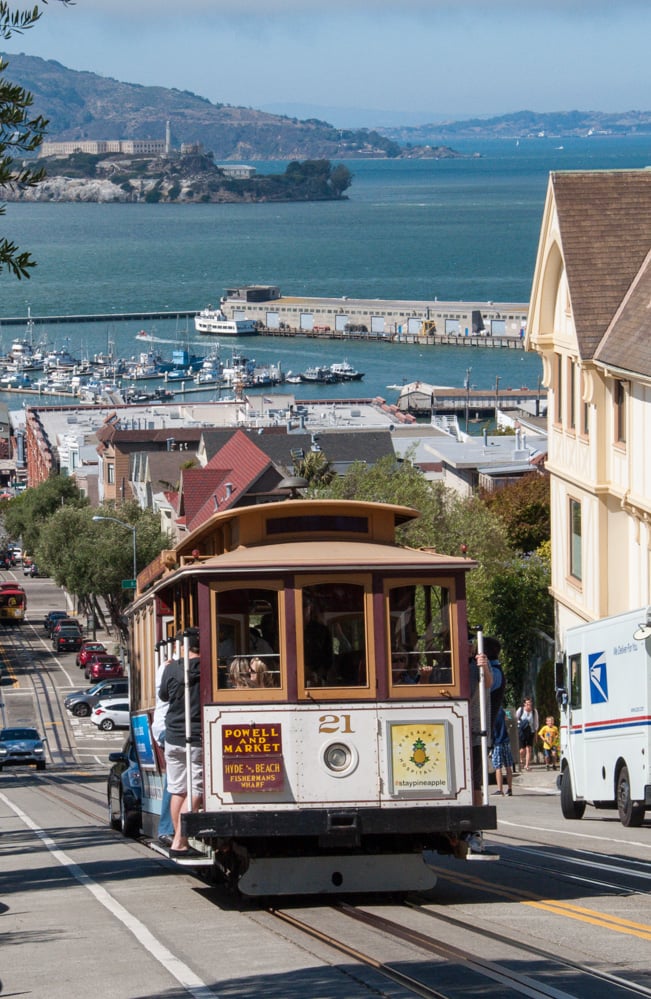 Alamo Square is one of the most photographed places in San Francisco, with its colorful Victorian row houses known as the Painted Ladies and the cityscape in the backdrop. These Victorian-era homes, each painted in a different hue, are remnants of historic San Francisco, before the 1906 earthquake and fires destroyed much of the city. These houses have been pictured in so many postcards that the strip of houses is sometimes called “postcard row.” 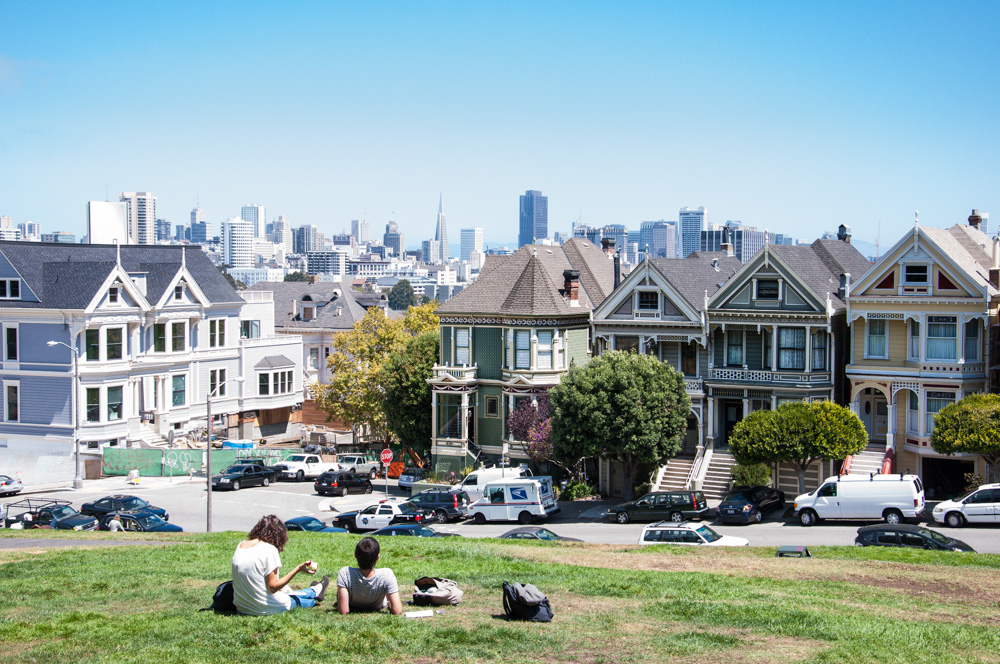 Surrounded on three sides by water, San Francisco has been literally and figuratively shaped by the ocean. Ocean Beach on the west coast of the city features about 3.5 miles of beaches that make good use of the city’s geography. Ocean Beach is always a good spot to go for a run or clear your mind, and though it’s not always warm, fire pits help warm things up at night. 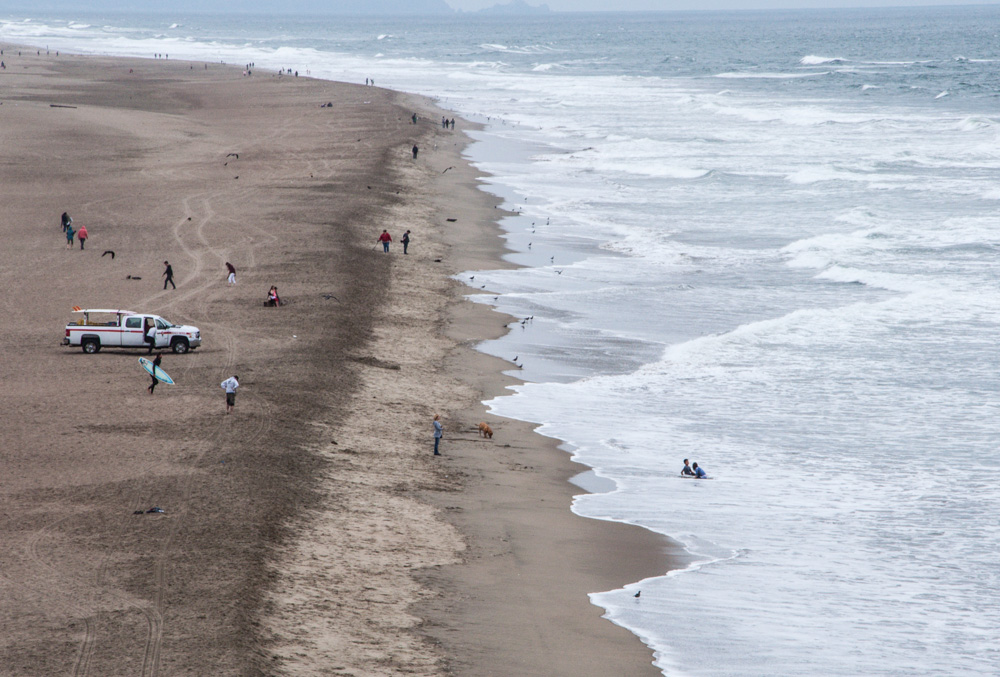 Ocean Beach – An ocean oasis in the city

The largest Chinatown outside of Asia and the oldest in North America, San Francisco’s Chinatown is an important part of the city’s history and culture. Blocks of souvenir shops and markets fill the Asian-inspired architecture of the streets around Grant and Stockton. Most people come to Chinatown for some dim sum and stay for the cultural exchanges. 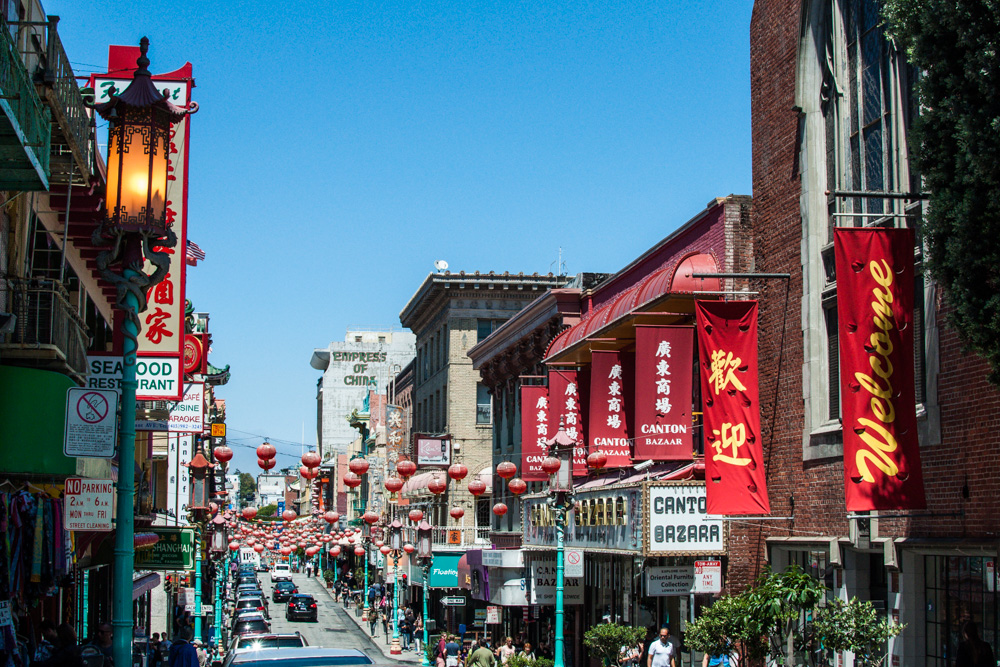 Chinatown – The largest Chinatown outside Asia

Known as “the crookedest street in the world,” Lombard is a beautiful, winding street at the top of a steep hill. Though not actually the world’s curviest street, the one-block section of Lombard street features eight switchbacks, colorful flowerbeds, and fancy mansions, as well as great views of Coit Tower on a hill across the way. 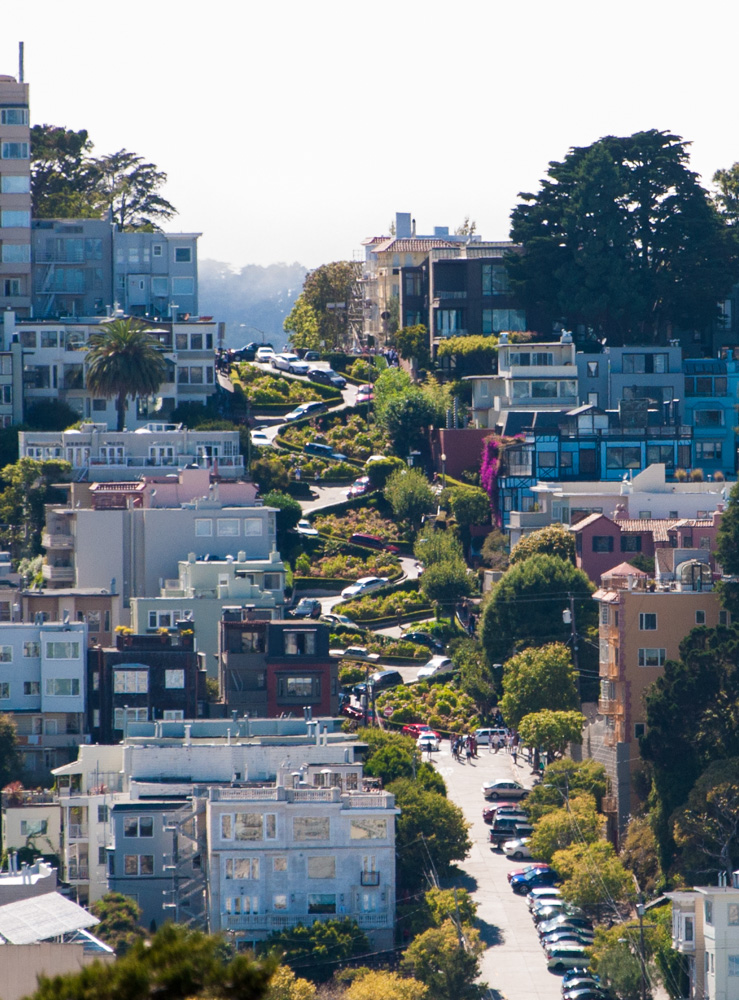 Lombard Street -The  crookedest street in the world

A prominent landmark in the San Francisco skyline, Coit Tower celebrates the volunteer firefighters of San Francisco. Perched on a hilltop overlooking Fisherman’s Wharf and the San Francisco Bay since 1933, Coit Tower offers incredible views of the whole city from its observation deck. Inside, the walls are covered in murals by local artists depicting some of the laborers in California during the Great Depression. Around the tower, Telegraph Hill features beautiful homes and gardens, and sometimes even a flock of wild parrots. 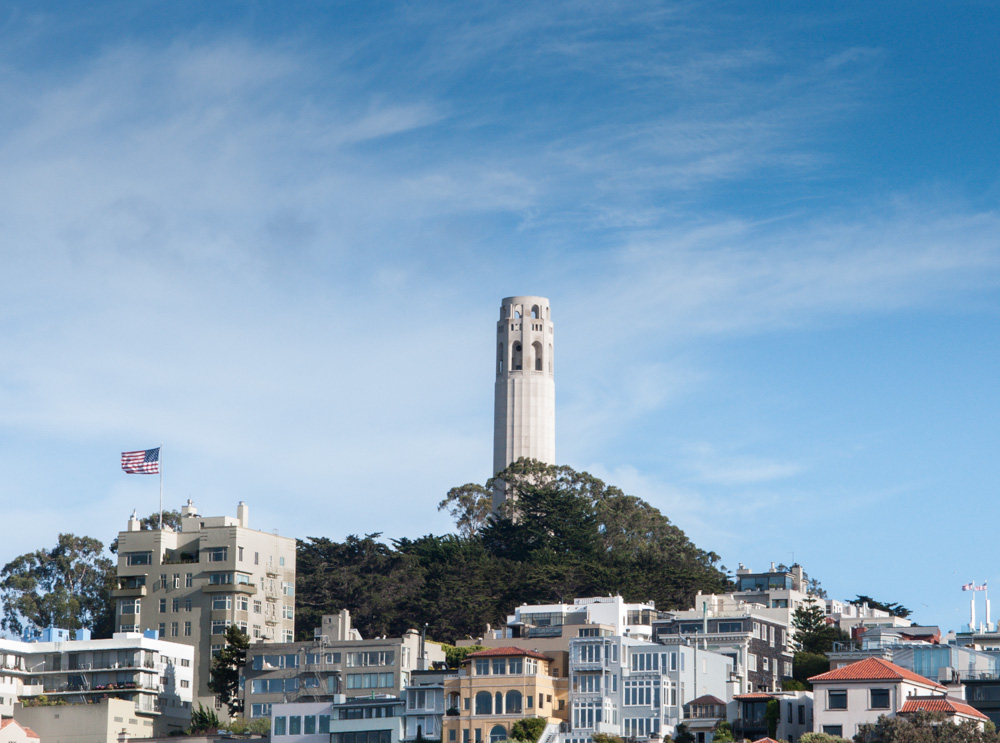 San Francisco’s largest park, Golden Gate Park boasts many attractions within, from the major sites like the De Young Museum, Cal Academy of Science, Conservatory of Flowers, and the Japanese Tea Garden to lesser known treasures like the Shakespeare Flower Garden, Stow Lake, and even a bison paddock. Golden Gate Park is the perfect place for an afternoon outdoors on a beautiful day, or to spend a rainy day indoors exploring its museums. 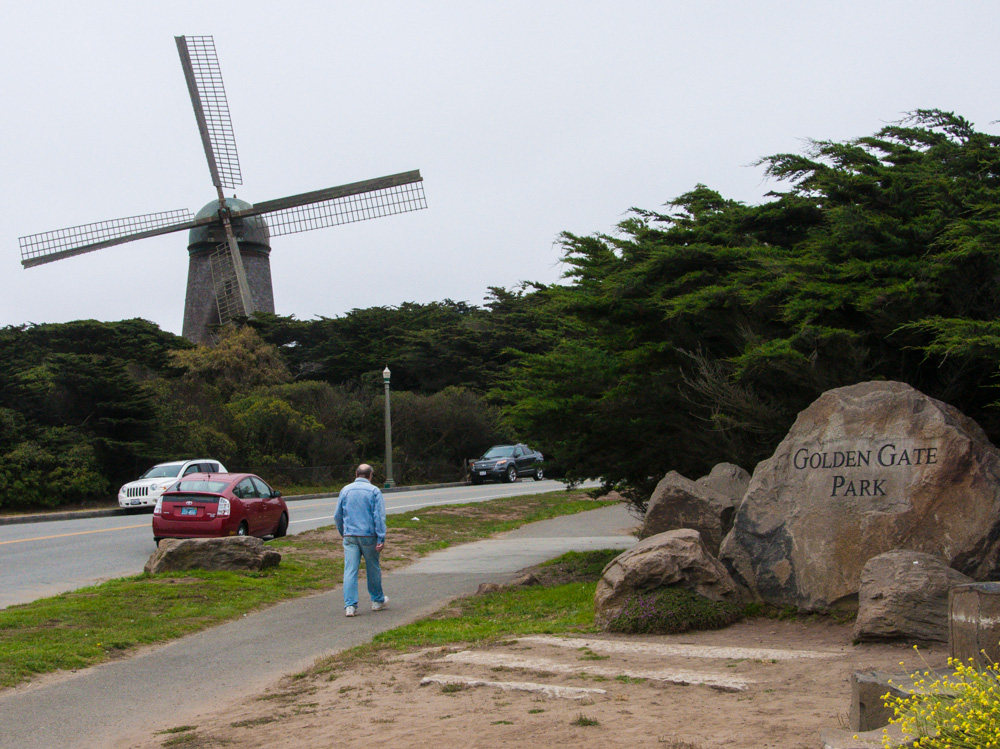 Home to the nation’s first supermax prison, Alcatraz was said to be impossible to escape, separated from San Francisco by 1.5 miles of cold, inhospitable waters. Much of its intrigue to visitors comes from the legends of the infamous criminals held within its confines between 1933 and 1963, including Chicago crime boss Al Capone, the Birdman of Alcatraz Robert Franklin Stroud, Alvin “Creepy” Karpis, and George “Machine Gun” Kelly. 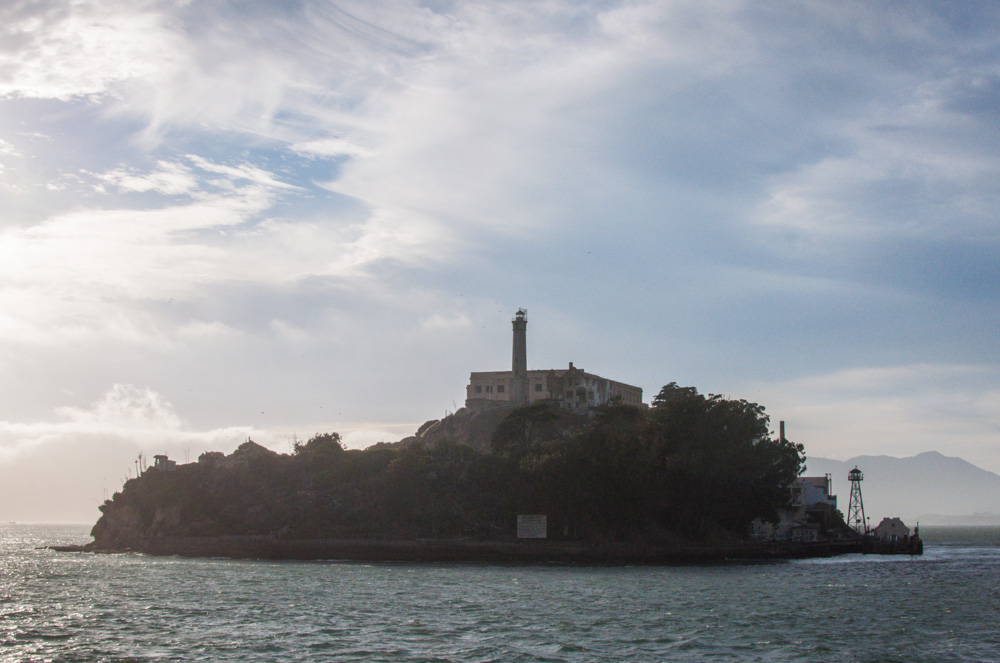 Another of San Francisco’s most popular attractions, Fisherman’s Wharf is part of the Italian heritage of San Francisco, where enterprising Italian fishermen sold their daily catch to the forty-niners and established a colorful community along the waterfront. Today, remnants of the wharf’s history can be found in the seafood restaurants and sidewalk crab shacks, where visitors can stop for a bite on the go. Plus, a sea lion colony can usually be found on the docks beside Pier 39, for free entertainment the whole family can enjoy. 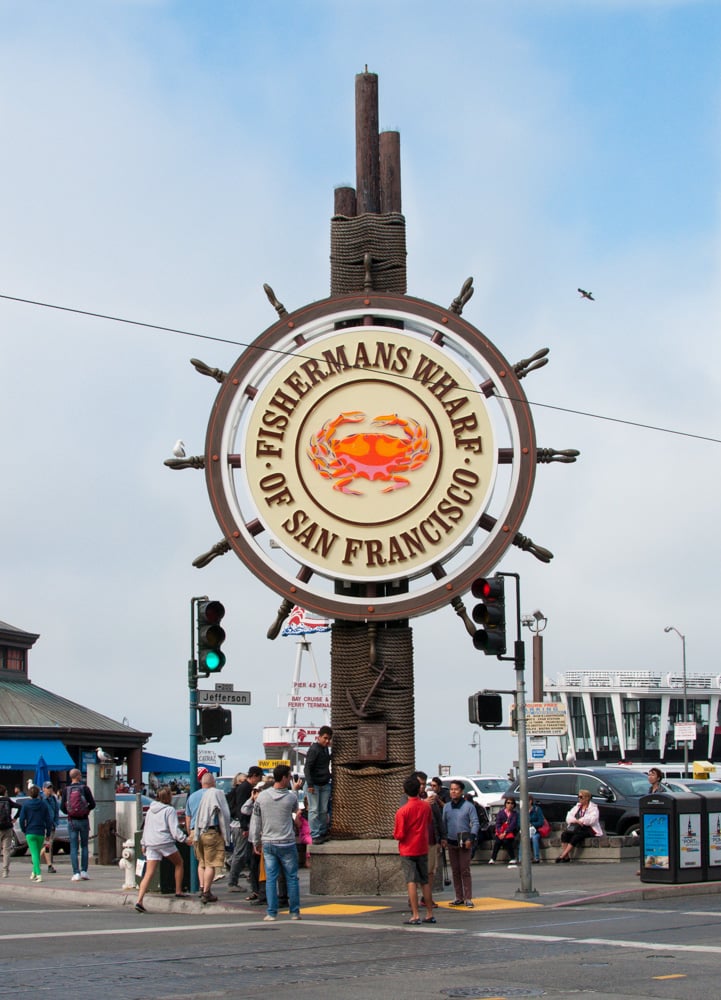 One of the most iconic images of San Francisco and one of the world’s favorite bridges, the Golden Gate Bridge is the top site in the city. Its orange towers rise from a blanket of fog and symbolize the triumph over the impossible – the bridge they said couldn’t be built. The trip across the Golden Gate Bridge should be on every San Francisco vacation itinerary, whether by car, bike, on foot, or all three. 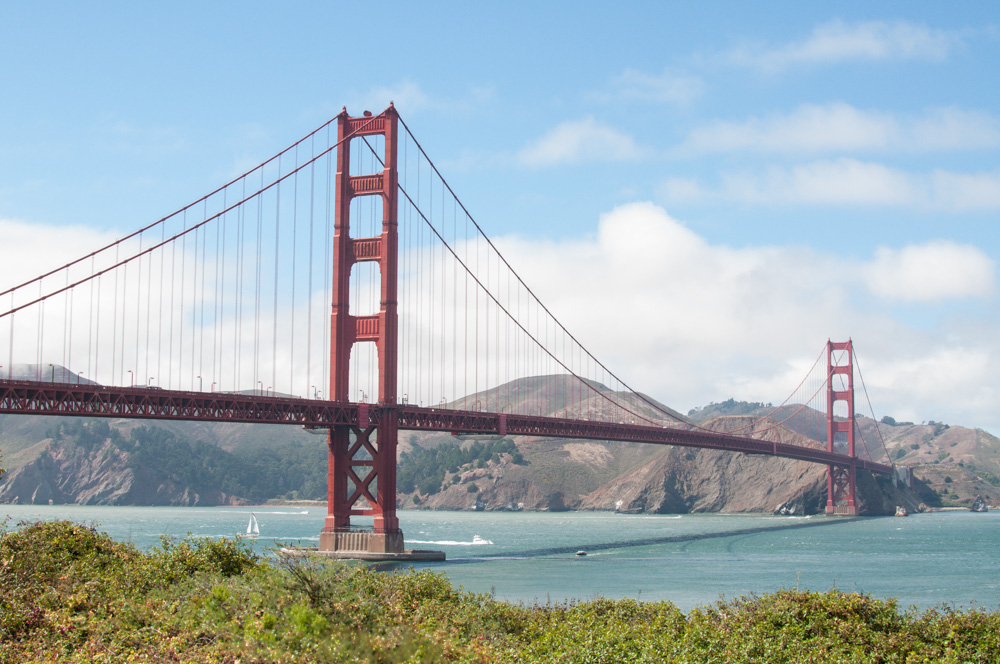 So how does my ranking of the top 10 attractions in San Francisco compare with yours?

Join me in exploring each of these attractions (and many more) in depth, as I share my first-person experiences along with historical backgrounds of the many aspects of San Francisco. 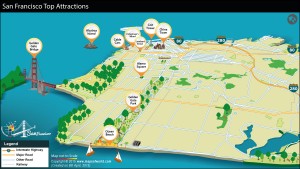