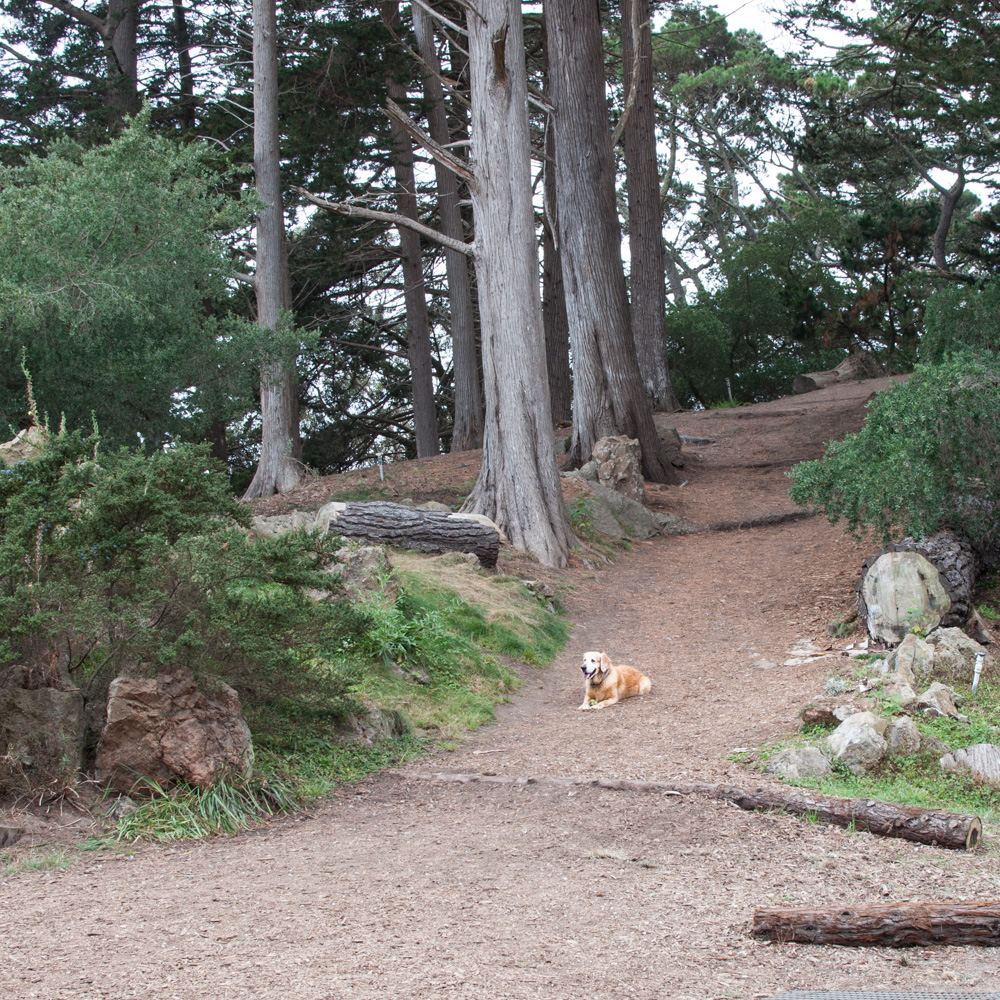 In the middle of Golden Gate Park, there’s an island in within Stow Lake called Strawberry Hill, named for the wild berries that once covered the grounds.

There are two foot bridges over Stow Lake that connect the island to the path around the lake. The Roman Bridge can be found near the Boathouse (where there’s also a convenient parking lot and a cafe with a lot of options) and the Rustic Bridge is on the opposite side of the island, nearer to the MLK Jr Drive entrance to Stow Lake Drive.

I somehow ended up on the island accidentally once, while meandering (OK, I was lost) in Golden Gate Park, trying to make my way to the Japanese Tea Garden. Fortunately, there’s a path to the tea garden from near the island, along Stow Lake Drive, so I wasn’t too far off course.

On Strawberry Hill, there are several paths that allow exploration the wooded island. Some slowly wind their way up the hill, but there are a few more direct routes. The hikes are all fairly short and not very steep. There’s no right way to make it to the top, but I recommend heading east toward the Chinese Pavilion before taking the stairs on the side of Huntington Fall. The stairs may be a bit of a workout, but I think it’s worth it to catch your first glimpse of the falls from below, so you can see them in all their glory. Alternatively, the stairs are easier on the way down, of course, but the view isn’t as impressive. 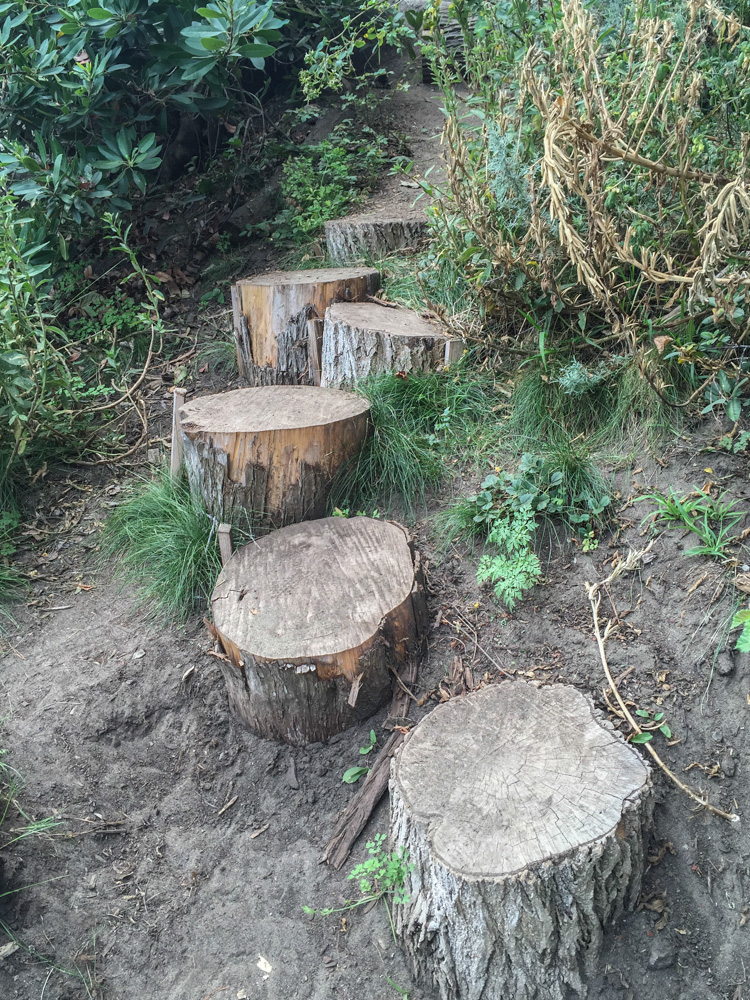 Whichever way you get to the top, you’ll find a reservoir that feeds the waterfall, a picnic area, and 360 degree views of San Francisco. On clear days, you can see all the way to the Golden Gate Bridge.

In its early days, Strawberry Hill was home to an observatory built like a castle, where horse drawn carriages would carry visitors to enjoy the views. Sweeney Observatory was destroyed in the Great Earthquake of 1906, but some of its ruined foundations remain today on the top of Strawberry Hill. There’s not much left, but the large open space would be the perfect place for an outdoor club meeting or maybe a drum circle. 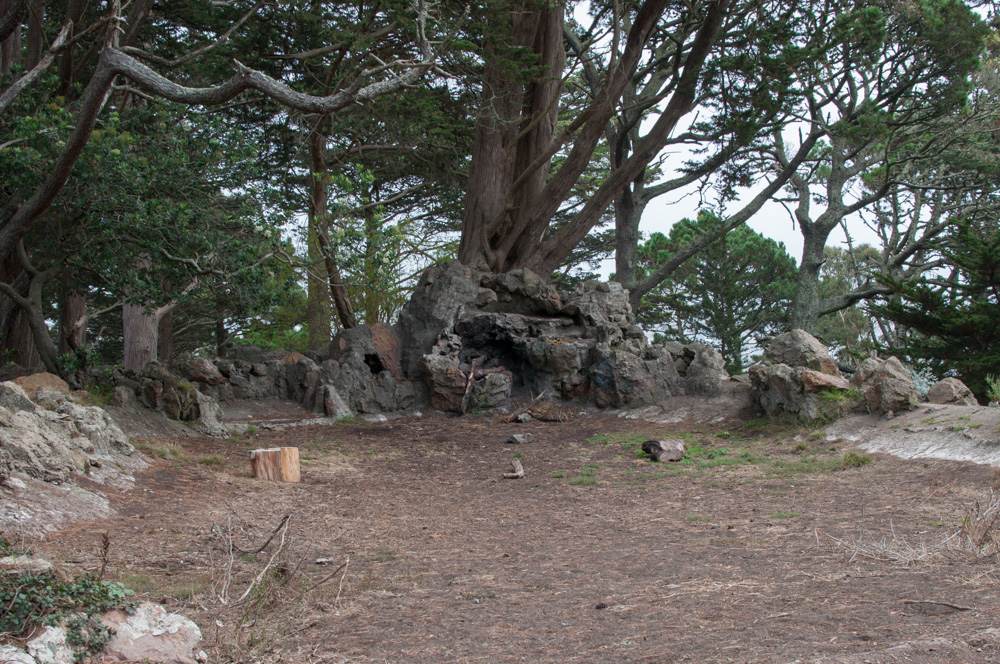 The ruins of Sweeney Observatory

There’s a sign up at the top that explains how Strawberry Hill became a butterfly habitat. Apparently, hilltops are a popular rendezvous for eligible butterflies. If you’re lucky, you might spot some of the many types of butterflies that head to the top of Strawberry Hill to find mates and lay their eggs. There’s a helpful depiction of the various butterfly species on the sign, so you can learn the names of the ones you spot.

Strawberry Hill is the perfect place to relax among the shady trees, eat a picnic lunch, and forget you’re in the city at all.