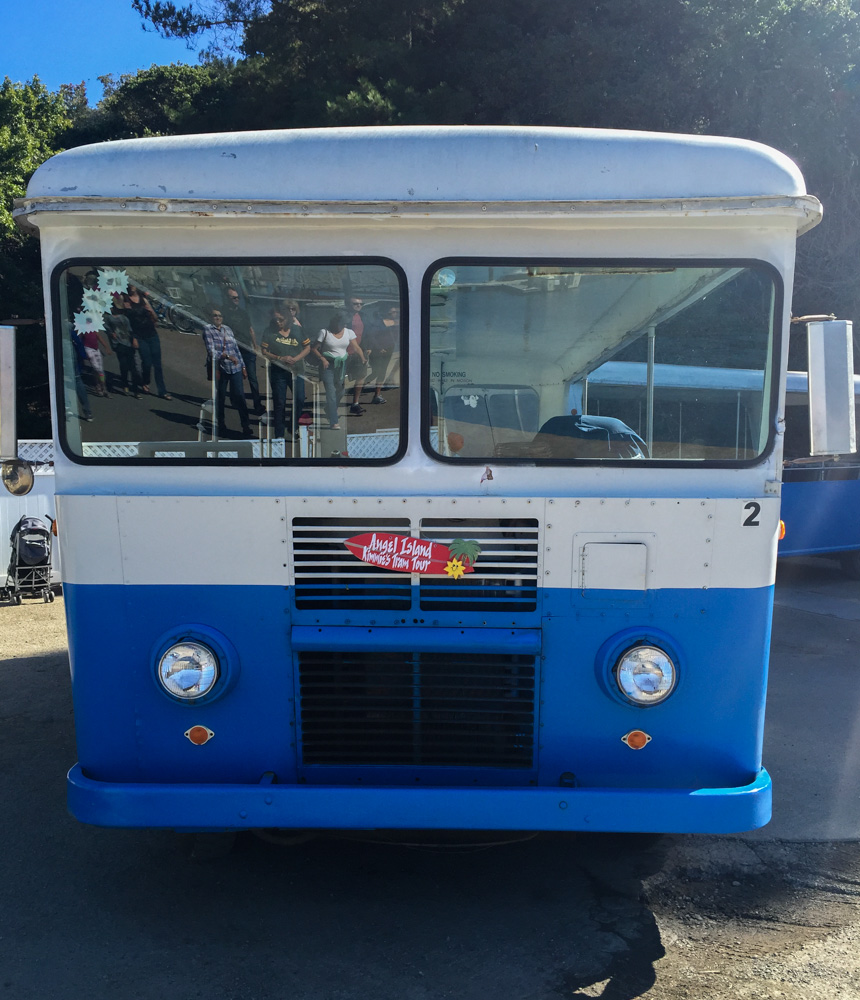 The tram tour was packed, thanks in large part to the many Yelpers, some of whom passed out in the seats in front of me about 10 minutes into the tour and blurted out commentary in the seats behind me, while sloshing around their wine. The tour guide was friendly with a great sense of humor, who interrupted the recorded audio guide to correct the outdated or incorrect information it gave us. 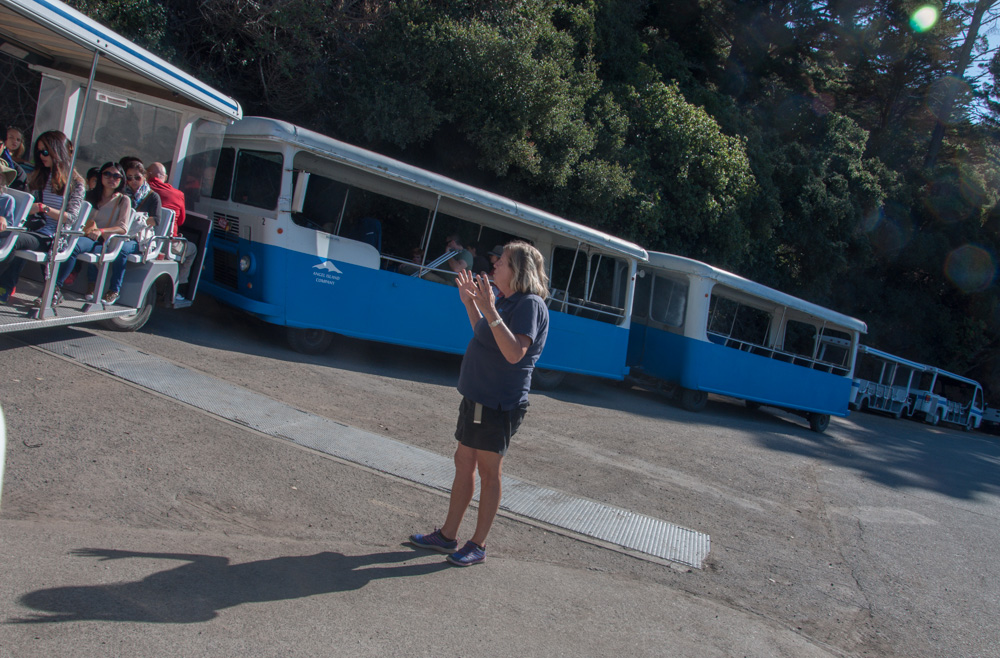 Sit on the right (or passenger) side of the tram if you want to photograph or even see any of the sites. Almost all of the sites are on the right side, with the exception of some of the military buildings in the East Garrison, and you know your seatmates will block your view anytime you try to take a photo. The tour does not allow passengers to get out except for one location that offers views of San Francisco and the Golden Gate Bridge.

The tram took us in a large loop, counterclockwise around the whole island. The guide gave us a good overview of the island’s history: from its time as a hunting and gathering ground for the indigenous Coast Miwok, to the early Spanish explorers, then later serving as military site and an immigration station and now a historical and natural site.

Like the other former Bay Area military stations, Angel Island was part of the defense system that turned out not to be necessary. Fort Reynolds was established on Angel Island in 1863 and served as a staging area for troops to fight the native populations. Later, Fort McDowell was established and used as a quarantine and discharge station for troops shipped overseas. During World War II, the island housed prisoners of war. 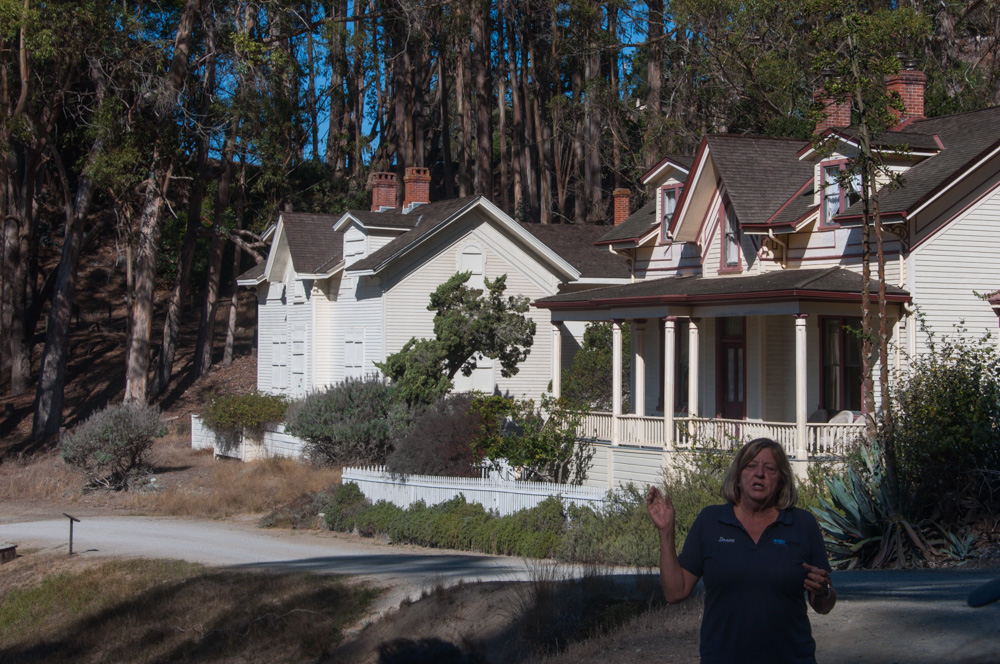 Attractions in the Tour

The tour showed us the enlisted men’s barracks and Officer Row at Camp Reynolds as well as its bake shop and told us stories about life on Angel Island. The area would have interesting to explore, especially since we couldn’t see much of it from inside the tram, but we weren’t able to get off the tram there.

Aside from the old military sites, we stopped to enjoy the views of San Francisco, and then paused a moment for a little deer family to get out of the road. We learned about the unique subspecies of mole that exists only on the island, and which types of wildlife inhabits the island and which don’t (raccoons, yes; rabbits, no). 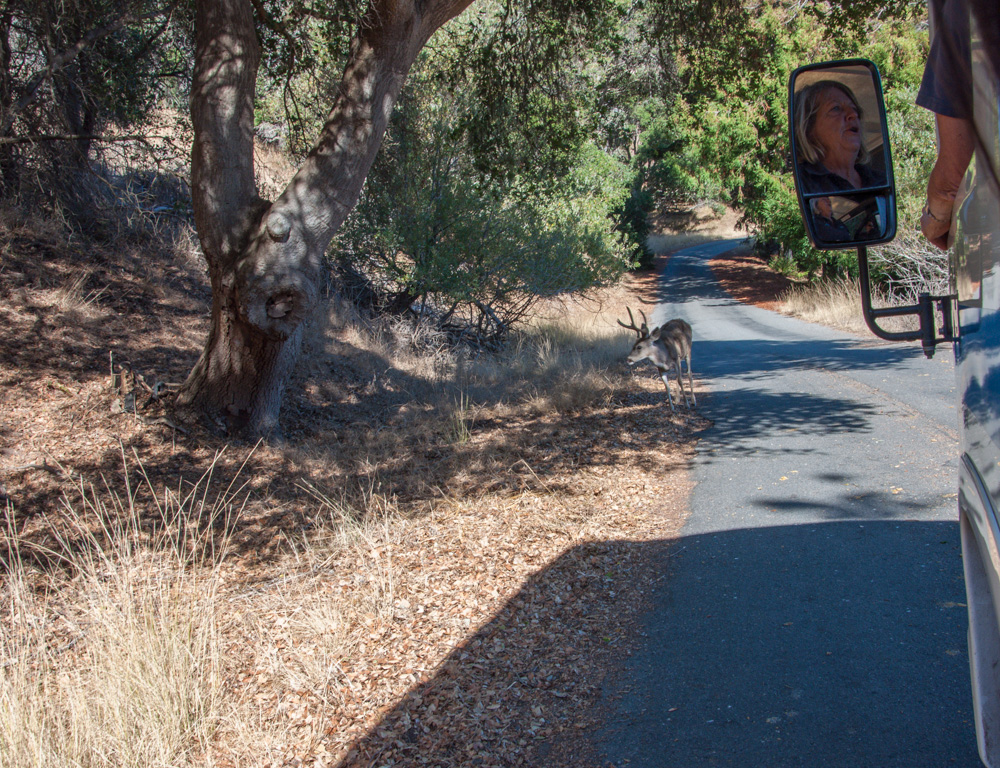 The last site we passed was the Immigration Station, though we hardly stopped a minute and could barely see it from the road. I was told at the visitor center that tram tour guides typically allow passengers to disembark at the Immigration Station to check it out, and then catch a later tram or walk back down the rest of the way, but since the station was closing soon, my guide did not offer that option to us.

The tram tour is a great way to get oriented and for a general overview of Angel Island and its history, particularly for those who don’t have much time or lack the mobility to hike or bike around. However, I found the tour a bit shallow: most of the information can be learned from stopping by the Visitor’s Center or reading the brochure, and the tram didn’t allow its passengers to get very close to any of the sites. I wouldn’t call the tram tour a vital part of any visit to Angel Island, though it was fine for my first experience there. I would recommend exploring the park on your own to allow deeper exploration of the sites.

Tickets can be purchased at the Angel Island Cafe in Ayala Cove.

The tour lasts about one hour, and departs from the cafe.

Tour schedules vary, so check or call in advance to plan your visit.