US Universities Tour   »   University of Pennsylvania 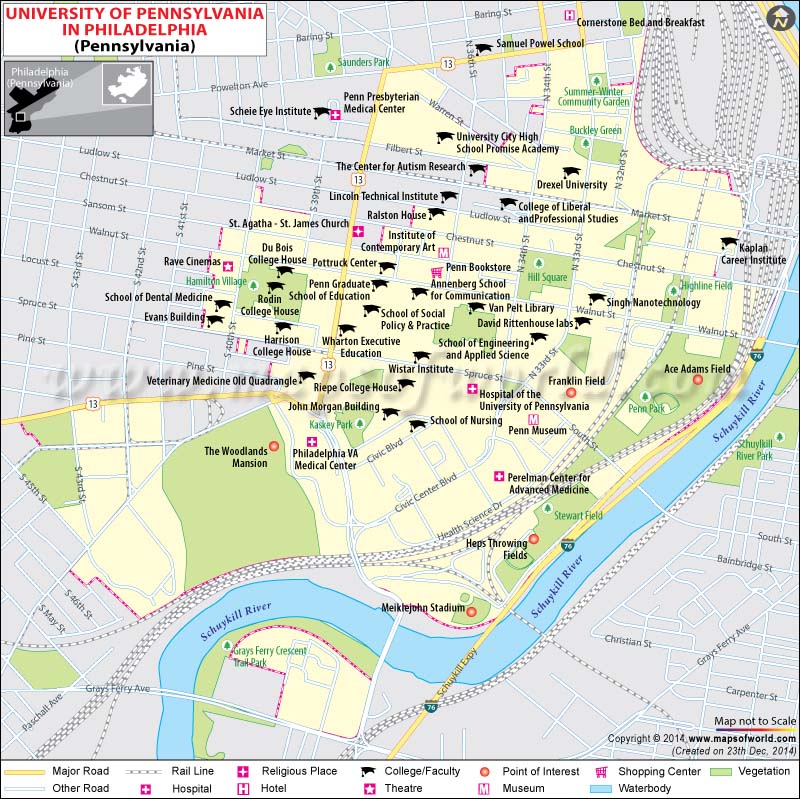 About University of Pennsylvania in Philadelphia 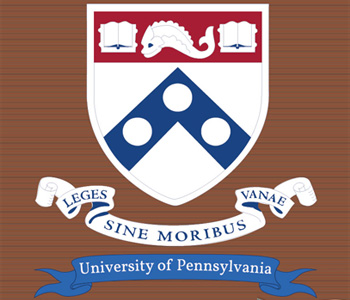 In a Nutshell
Next on the MapsofWorld U.S. Universities Tour is the University of Pennsylvania, another private Ivy League school, located in Philadelphia, Pennsylvania. Penn, as the school is often called, conducts a high level of research and contains many colleges within the university system. There are four schools with undergraduate programs at Penn and an additional eight that have only graduate and professional programs.

The University of Pennsylvania is one of the oldest universities in the United States, with a history that dates back to 1740, when it was founded as a youth educational charity program. First established by George Whitefield, construction of the school was started but not completed. Nine years later, founding father of the United States, Benjamin Franklin helped finish the project, opening it two years later to provide equal opportunities for education to all children. Franklin soon expanded the school into an institute of higher education, receiving a collegiate charter in 1755.

The University of Pennsylvania has a 12.43 percent admissions rate, and admitted students typically ranked at the top of their high school classes. Even with a relatively large student population, Penn boasts a student to faculty ratio of six to one. Penn strives to give its students an interdisciplinary education in the tradition of liberal arts schools, and encourages dual degrees. The school has a one university policy, allowing students to enroll courses across any of its undergraduate schools. The University of Pennsylvania has four schools with undergraduate programs: the College at Penn, the School of Engineering and Applied Sciences, the School of Nursing, and Wharton School. The College at Penn is the School of Arts and Sciences, and is the largest and most general college at Penn. Wharton School is a business school, which also has a graduate program and boasts such notable alumni as Donald Trump. Penn contains a total of twelve schools, and the other eight colleges offer only graduate programs.

The research facilities at the University of Penn have brought many discoveries to the world of medicine, including some major vaccines and prescription medications and types of disease treatment.

Bang For Your Buck
Overall, tuition at the University of Pennsylvania runs almost $44,000 with the additional fees. Add room and board to that, at a rate of about 12,000, and the total cost of a year at Penn runs about $56,000. While the quality of professors, academic programs, and opportunities at Penn is impressive, that price tag is difficult to justify for most students.

Thankfully, Penn works to ensure that cost won’t stop potential students from accepting admission to the university. Penn offers need-based financial aid to students who would not be able to afford their University of Pennsylvania education otherwise, and even has a no-loan policy, which does not expect students to take out federal loans to pay for their education. This way, students can graduate and begin their careers debt-free. The average amount of financial aid a student at Penn receives is about $38,500.

Social Scene
Students at Penn can live in one of the eleven campus housing units, which each have their own style and character. Housing options include a high-rise building, an African American cultural focused house, and a house with a gardening club.

Penn is home to almost fifty fraternities and sororities, and over a quarter of the student population participates in the Greek system. Greek life at Penn focuses on creating active social groups with aims at philanthropy and serving in leadership roles in the community.

The University of Pennsylvania is a fairly diverse campus, with about 43.7 percent minority students, and a small majority of female students. A hefty 12 percent of students are from outside of the United States. The University of Pennsylvania is the top Ivy League school in terms of number of students studying abroad at about 600 students each year, with opportunities in more than fifty countries.

Varsity athletes at Penn play on teams in the NCAA Division I, and are known as the Quakers. Both the football and basketball teams have performed well in recent years.

Where is University of Pennsylvania Located in Philadelphia

The University of Pennsylvania is set in the urban environment of Philadelphia, Pennsylvania in a district known as University City. Surrounding the campus are historic sites from throughout U.S. history, especially from the era of the American Revolution. Such sites include Independence Hall, the birthplace of the Declaration of Independence as well as the U.S. Constitution.

This scenic city is characterized by its many public squares, modeled after European cities, which were planned out by William Penn, such as Franklin Square.

The Penn campus itself is designed in what is called the Collegiate Gothic style, like that of Oxford University.

In addition to the dining facilities on the Penn campus, over ninety food trucks can be found around the school, selling a wide variety of foods and offering students another option to for meals.

The University of Pennsylvania makes our list for being another option for an Ivy League school that stands in contrast to the others, as a somewhat large university. The strong graduate programs and many schools can be very beneficial to undergraduates who can work with graduate students and learn from them, and exposure to these programs can encourage undergraduates to pursue further education opportunities.

The research facilities and scientific breakthroughs make Penn an exciting place for students to spend their undergraduate careers, while the active and diverse social scene will help students feel at home at the University of Pennsylvania.