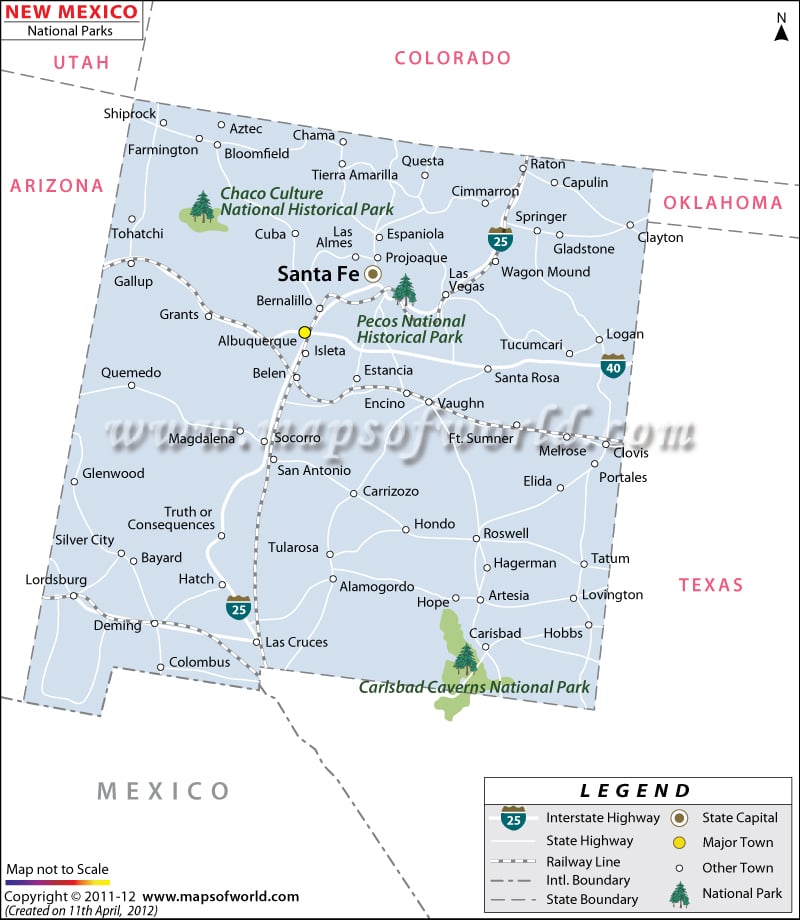 Description:Map shows the various National Parks located in the US state of New Mexico.
0
FacebookTwitterPinterestEmail

New Mexico, set in the south of the United States of America, boasts of many breathtaking landscapes. This state not only offers desolate and dramatic desert scenery but also a wide variety of colorful canyons, the roaring Rio Grande River, Rocky Mountains, cliffs, and caves.

The Old Spanish National Historic Trail offers the tourists a wonderful opportunity to explore the rich cultural heritage and traditional legacy of the state. Situated in the middle of the Tularosa Basin, the White Sands National Monument is spread over a total area of 275 square miles and is the biggest gypsum field of the world.

What are some National Parks in New Mexico?