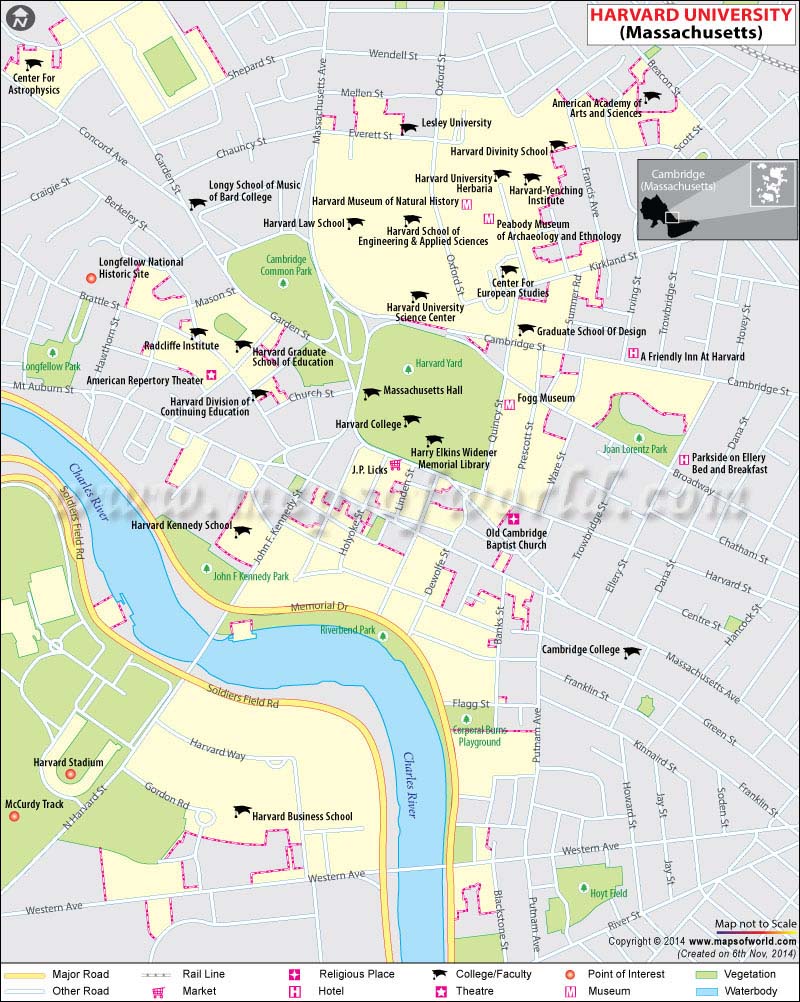 All About Harvard University in Cambridge 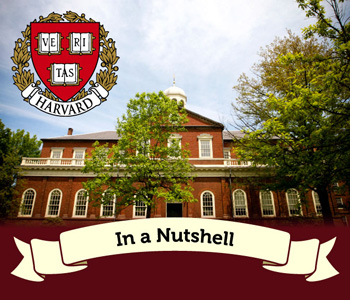 Harvard’s total undergraduate enrollment is 6,400 students, making it just over Princeton’s size. Like Princeton, Harvard is a private, four-year liberal arts college that follows a semester system. Harvard’s academic calendar starts in late August and continues until the end of May.

Academic Achievement
Harvard’s admission process is a very difficult one, requiring top SAT or ACT scores, and grade point averages ranking accepted applicants at the very tops of their classes. Only about 6 percent of applicants are admitted to Harvard.

With a student to faculty ration of just seven students to one faculty member, students will receive one-on-one attention and have a chance to build strong relationships with their professors. Harvard is home to eleven faculties of study, which include a wide variety of majors and a high level of research activity. Harvard also has many graduate programs, including a business school and a law school.

Harvard boasts many Nobel laureates in its faculty (both present and former), and has an impressive list of notable alumni (including eight former presidents), and a high record for educating future billionaires. In the medical field, Harvard is home to many researchers who have made incredible strides toward stopping diseases.

Bang For Your Buck
Tuition prices at Harvard are very high, at about $40,000 per year for tuition alone. Add room and board to that and the price jumps to $52,000 to $56,000 – a price that’s hard to justify for most people. However, 60 percent of Harvard’s students receive financial aid, and the average scholarship received is about $40,000, which covers the school’s tuition. The average that an individual student pays per year is about $17,000, which is a more manageable price.

Harvard’s graduation and retention rates are very high, and employers will rank Harvard graduates among their top candidates, meaning this is an investment that will likely pay off.

Freshmen live in dorms before moving to one of the twelve houses on campus. About 97 percent of students remain living on campus for all four years of their time at Harvard. As a somewhat larger school, these individual houses help create smaller, more cohesive communities within the university. Harvard has a variety of activities, like clubs, religious groups, political groups, final clubs, and other leadership groups.

Harvard has given a special focus to the arts, both visual and performing, with Lowell House Opera, several choirs and a cappella groups, bands, and theater groups. Several publications are created at Harvard, including the Crimson, the oldest daily school newspaper in the nation, and a television channel.

Sports are an important part of student life, with forty-one varsity athletic teams, and about one in ten students on a team. As part of the Ivy League, Harvard has a famous rivalry with Yale, another top private university. The two schools hold an annual football game around the Thanksgiving holiday, which draws intense rivalries and helps build strong community ties.

Where is Harvard University Located?

Cambridge, Massachusetts is a midsized city next to Boston, placing it in a prime location for college students. As one of several colleges in the area, including MIT, there are many college-aged people around, making for a fun and diverse environment. In fact, Cambridge is an incredibly diverse region, both economically and racially, and was named one of the most liberal cities in the United States (and was the first to legalize gay marriage in the nation).

The region is home to gorgeous nature scenes, a river, and impressive architecture that makes visitors feel like they have left the United States.

A top college list just isn’t complete without Harvard, which consistently ranks as one of the best universities in the country. A great college-town environment paired with noted faculty and alumni, and a wide variety of positive social activities makes Harvard one of the top universities on our tour.