Nicknamed 'The Evergreen State,' Washington is a state located in the Pacific Northwest region of the United States. Olympia is the state capital, and Seattle, located 60 miles north from the capital, is the largest city in the state. 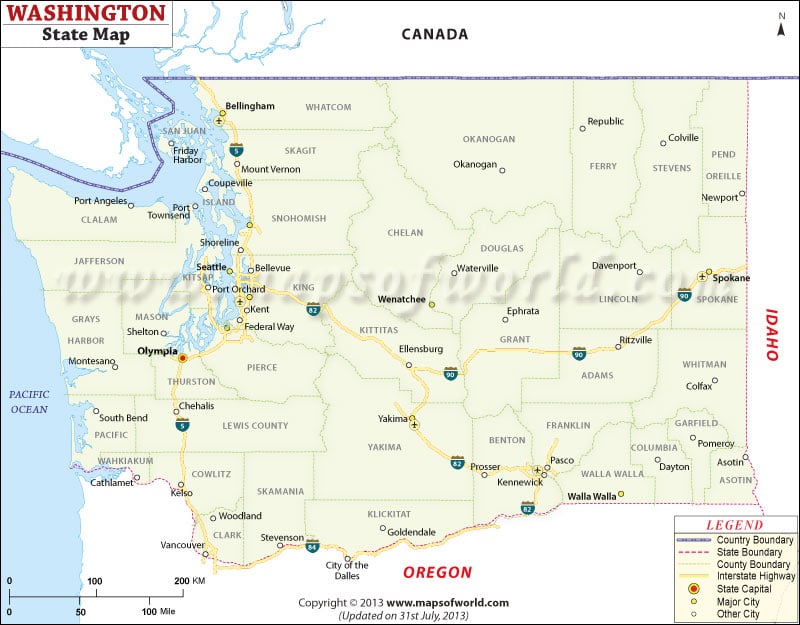 From dense temperate rainforests in the west, to the expansive Palouse in the east, and bordering the might Columbia River, Washington state is famous for prodigious mountains, rugged coastline, marine climate, and agricultural wealth.

It is the 18th largest state in the US, by area and nearly 60% of the Washingtonians reside in the Seattle Metropolitan Area. Other major cities in Washington are Spokane, Tacoma, Vancouver, Bellevue, and Everett.

Washington is a prosperous state, and has a thriving industry. It is the leading producer of lumber, and a major producer of apples, sweet cherries, pears, and raspberries.

Other notable places in Washington are; Cascade Range, Mount St. Helens, North Cascades National Park, and the Museum of Flight to name a few.

The interstate highways I 90, I 5, and I 82, along with Washington Routes traverse the state.