Washington National Parks Map shows Washington's most adventure-endowed state in the United States. It offers you a wide array of terrains, ranging from temperate rain forests to high-desert plains. You can explore glaciated mountains, alpine lakes, relaxing and therapeutic hot springs, active volcanoes, and an abundance of wildlife. Whether you are looking for a little adventure or a multi-day excursion, Washington national parks is the perfect place for you to unwind. 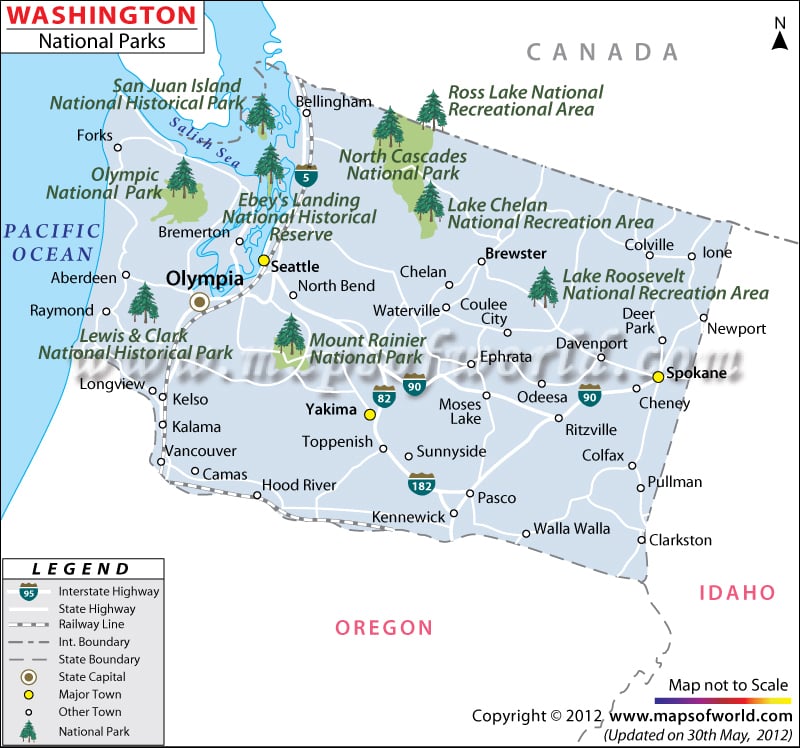 Description:Map shows all the major national parks in Washington state of USA.
0
FacebookTwitterPinterestEmail

The Lewis and Clark National Historic Trail is known for its unparalleled natural splendor. The Whitman Mission National Historic Site displays the rich archaeological remnants of the ancient times. The Washington State Map indicates the exact geographical location of the national parks of the state.

How Many National Parks in Washington?