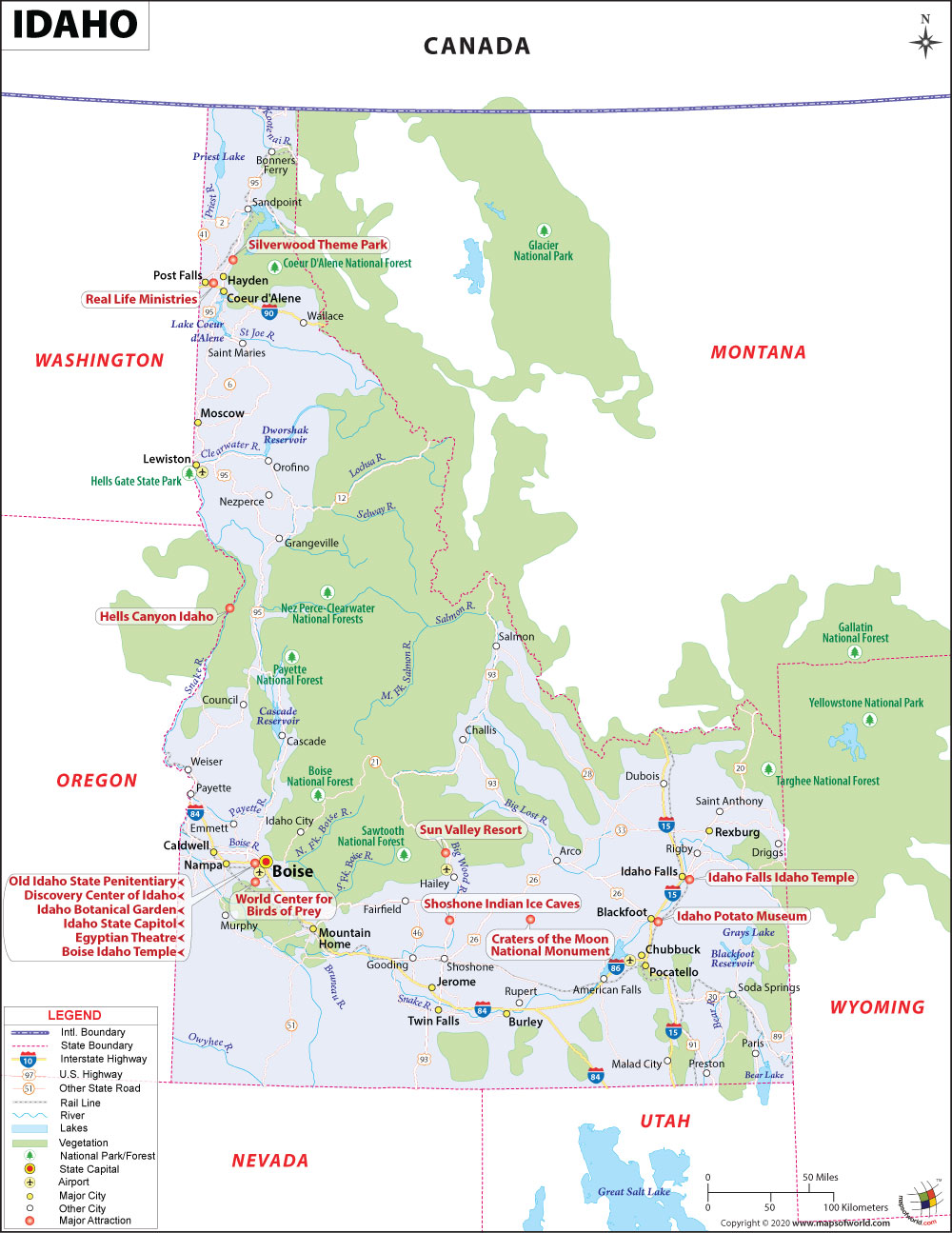 Humans seem to have inhabited the area since 14,500 years ago. But prior to the arrival of the Europeans, Native American Tribes were the dominant people in the area. In modern times, both the United States and Great Britain laid claim to Idaho, which was a part of the Oregon Country; however, in 1846, the United States was successful in gaining undisputed jurisdiction over the area. With Oregon becoming a state, Idaho remained in the original Oregon Territory. On March 4, 1863, the Idaho Territory was created. In 1865, Boise became the capital of Idaho. On July 3, 1890, Idaho became the 43rd state in the United States.

Idaho covers an area of 83,570 square miles. To its northeast is located the state of Montana and to the east is Wyoming. The two states of Nevada and Utah are located to the south while Washington and Oregon are located to the west. To the north of Idaho lies the Canadian province of British Columbia. Since Idaho is a Rocky Mountain state, its landscape is basically rugged. Some important rivers of Idaho are the Clearwater River, Snake River, Salmon River, and the Clark Fork/Pend Oreille River.

With a height of 12,662 feet, Borah Peak is the highest point in the state. Some prominent mountain ranges in Idaho are the Sawtooth Range, White Cloud Mountains, Salmon River Mountains, Bitterroot Range, and the Clearwater Mountains, among others.

The Sun Valley Resort is popular among skiing enthusiasts, while the Sawtooth National Recreation Area is popular for its hiking and horseback riding trails as well as the opportunities it provides in the fields of snowmobiling and cross-country skiing. Hell’s Canyon is a popular tourist destination and the deepest gorge in North America. Other than this, visitors can also take a trip to Shoshone Indian Ice Caves, Old Idaho Penitentiary State Historic Site, Lake Coeur d’Alene and other wonderful attractions.

Boise Airport and Spokane International Airport are two important airports in Idaho. Some prominent rail services that cross through the state are Burlington Northern Santa Fe, Union Pacific Railroad, Canadian Pacific Railway and Amtrak’s Empire Builder. Some important interstate highways are US Route 95, I-84, I-86 and I-15.