Poland's latitude and longitude is 52° 00' N and 20° 00' E . Below is the map of Poland showing major towns, roads, airports with latitudes and longitudes plotted on it. 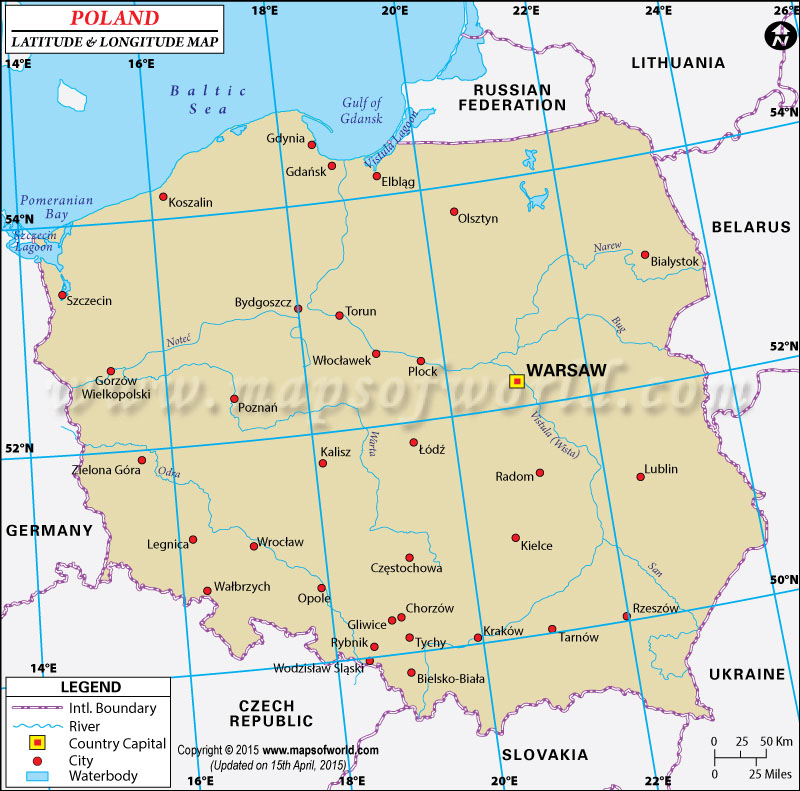 
The latitude and longitude of Poland is 52º 00' N and 20º 00' E respectively. It is located in central Europe and lies on the eastern part of Germany. The total area is slightly smaller than that of New Mexico.


Warsaw, the capital is located on 52º 15' N and 21º 00' E latitude and longitude respectively. There are 16 provinces in Poland and it is six hours ahead of Washington DC during Standard Time.

The total area of Poland is 312,685 square kilometers with a coastline extending up to 491 kilometers. The terrain of the region is mostly flat plain and has mountains along the southern border. The climate of Poland is mostly of temperate type with cold, cloudy and moderately severe winters. Precipitation is quite common during winters while summers are mild with frequent showers and thundershowers. The region is very prone to flooding from time-to-time. Air pollution is the major environmental concern of Poland.