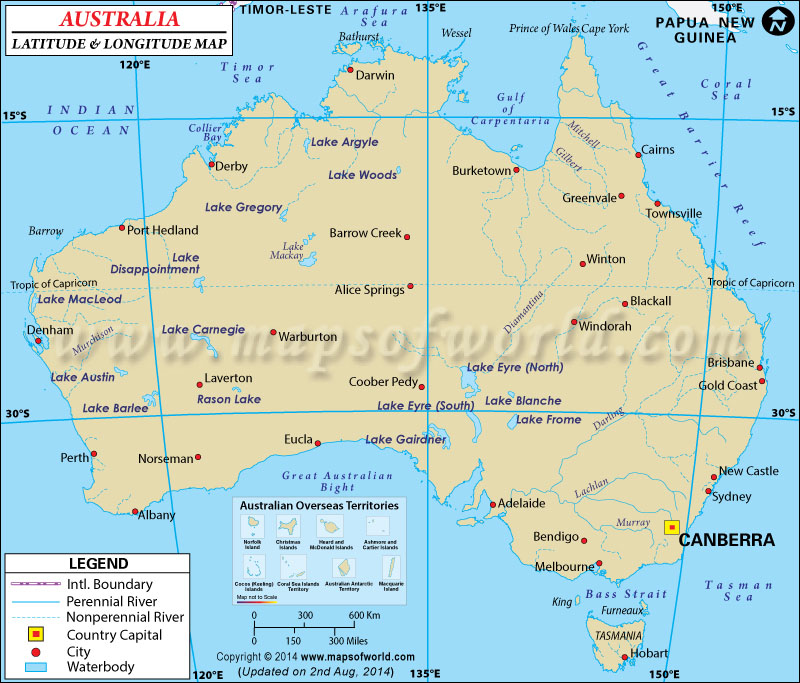 The Commonwealth of Australia is located on the geographic coordinates of 25.0000° S latitude and 135.0000° E longitude in Australia.

Australia 's latitude and longitude has given it a particular type of climate. In the south and eastern part of Australia the weather is generally temperate where summer and winter climate is not marked by extremities and is enjoyable. But in the northern part of Australia the climate is very hot and humid during summer and cold in winter. Rainfall is also very moderate in Australia making it an arid climatic country.