What is the Role of Manufacturing in Boosting Economic Growth of Countries? 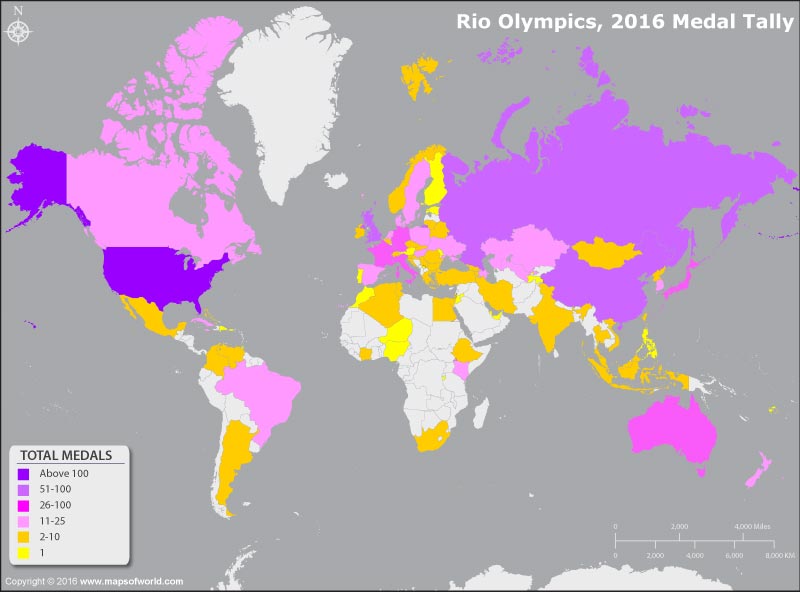 The Rio Olympics, which were held from August 5 to August 21, 2016, witnessed a participation of more than 200 countries. The United States topped the charts by getting the highest number of medals. The nation bagged a total of 121 medals, of which 46 were gold while 37 were silver and 38 bronze. China with 70 medals came at the second spot. Of these 26 were gold, 18 silver and 26 bronze.

Great Britain came up with a sparkling performance following China closely. The nation with 67 medals in total lagged behind China by just three medals. However, in terms of gold and silver medals, Great Britain was ahead of China. It scored 27 gold and 23 silver medals. However, it got just 17 bronze medals compared to China’s 26. The Russian Federation came at the fourth spot with 56 medals while Germany bagged 42.

Russia scored 19 gold, 18 silver and 19 bronze medals while Germany got 17 gold, 10 silver and 15 bronze medals. France, at the sixth spot, too, got 42 gold medals but was placed behind Germany, as it scored 10 gold medals in comparison to Germany’s 17. Japan scored a total of 41 medals, while Australia got 29. The ninth and tenth positions was bagged by Italy and Canada, who got 28 and 22 medals respectively.

Brazil, which was the host nation, bagged a total of 19 medals, of this seven were gold while six each were bronze and silver. Though India is the second most populous country in the world; however, it could bag only two medals, one silver and one bronze.

What is the Role of Manufacturing in Boosting Economic Growth of Countries?