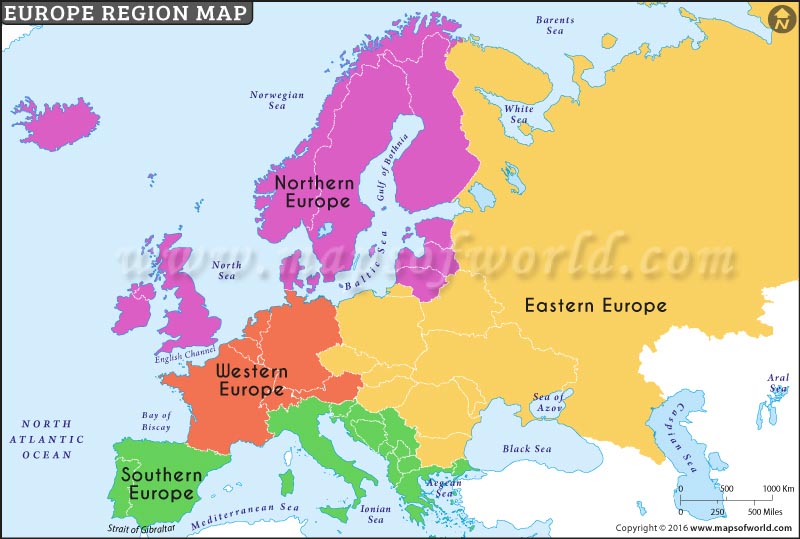 
In Europe, like in other continents, countries fall under different groups based on their geographical location in the continent. The ten countries which constitute the Eastern European block are: Belarus, Bulgaria, Czech Republic, Hungary, Poland, Republic of Moldova, Romania, Russian Federation, Slovakia and Ukraine. Similarly, Estonia, Latvia and Lithuania are the countries in Baltic Division. These countries are located at the eastern and southeastern side of Baltic Sea. Poland and Finland, which also form the border of this sea, are also considered as Baltic States.

The countries lying on the Balkan Peninsula are often referred to as the Balkan States. Albania, Bosnia and Herzegovina, Bulgaria, Croatia, Greece, Macedonia, Romania, Slovenia, and Yugoslavia (Serbia and Montenegro) fall in this group. Balkan Peninsula also houses a small region of Turkey that lies northwest of the Sea of Marmara.