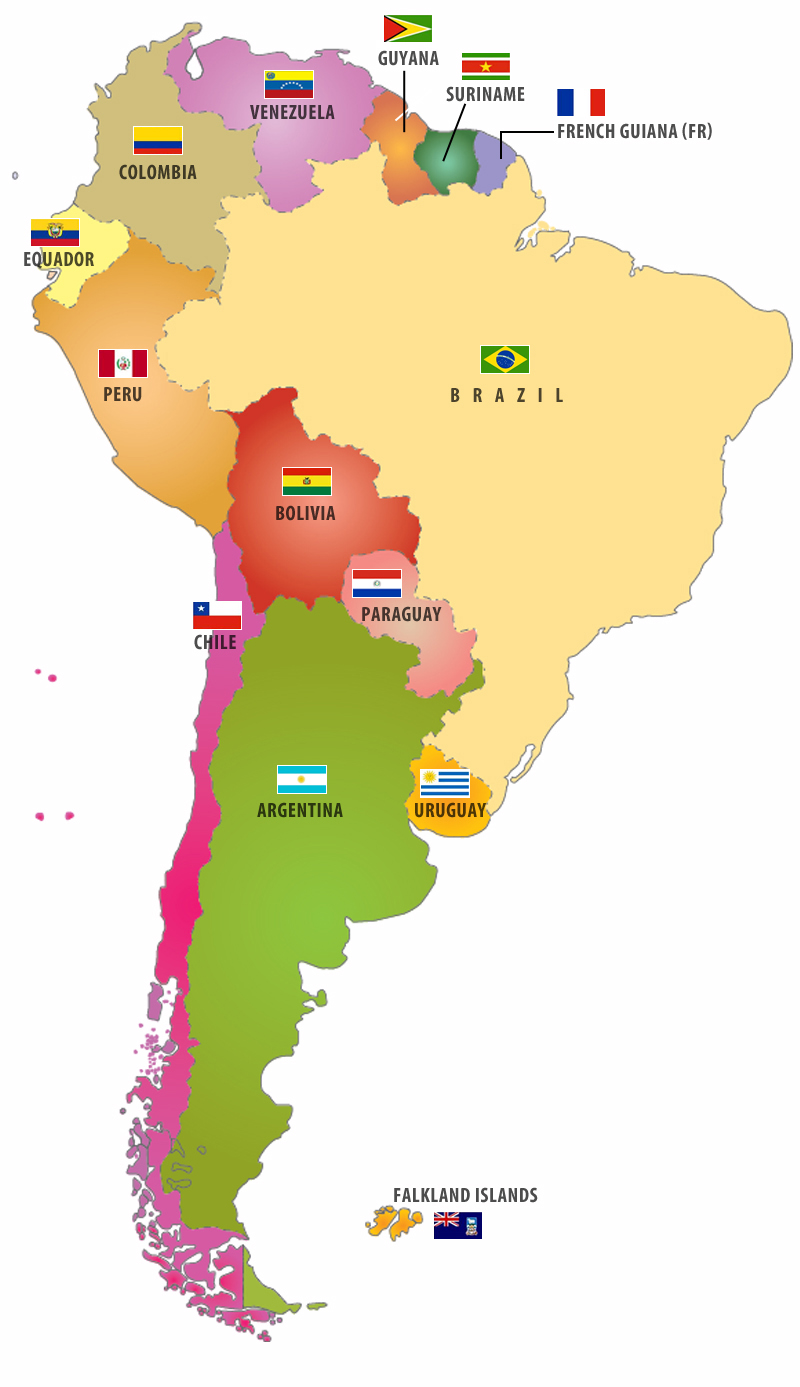 In terms of area, South America is the fourth largest continent in the world. This is despite the fact that the continent houses below 12% of the population of the whole world.

The countries that share their boundaries with Caribbean Sea are Venezuela, Colombia, Suriname, Guyana, and French Guiana. It covers around 3.5% of the area of the earth. By area, it is the fourth biggest continent (following Asia, Africa, North America) and by number of inhabitants, it is the fifth biggest continent (following Asia, Africa, Europe, and North America) in the world. The flags of South America represent the blend of indigenous and European cultures in the different countries in its territory.