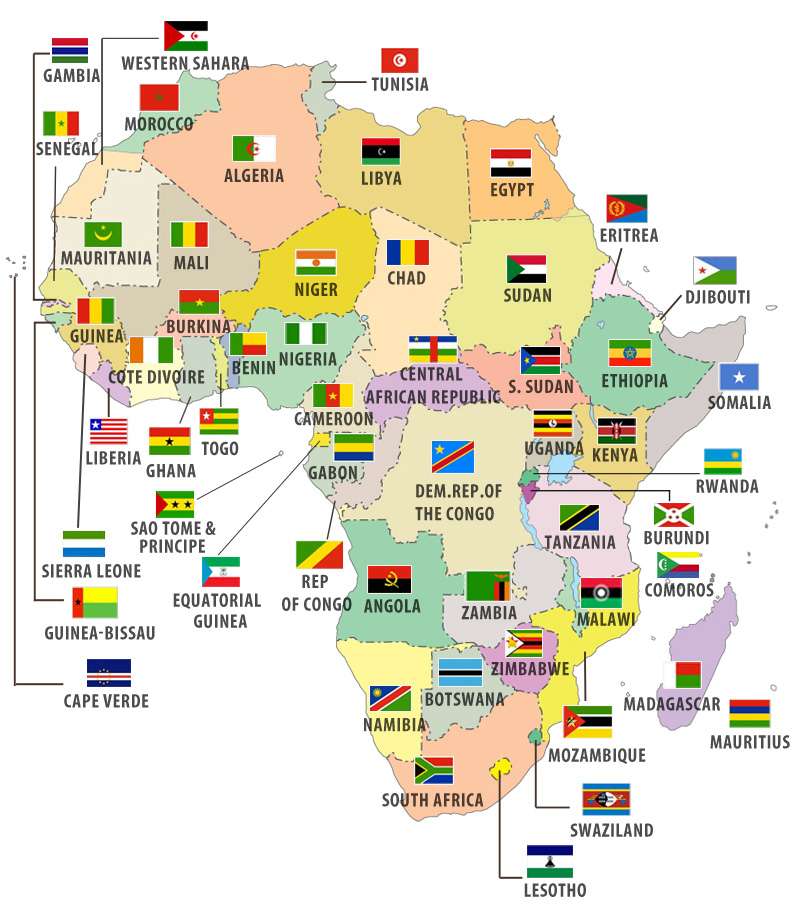 Africa is the second largest continent on Earth, with an area of about 30,221,532 square miles (11,668,599 square miles), and covering over 20 percent of the Earth's land area. Africa is made up of 54 independent countries, as well as 9 territories and a few de facto states. About 1 billion people live on the African continent.

Each of the countries of Africa has its own national flag. Many flags of African countries use colors referred to as Pan-African colors, which can be any combination of the following colors: red, green, gold (or yellow), and black. This color combination has been used in Africa for many years, and was probably taken from the Ethiopian flag.

While not every African nation has a flag that uses Pan-African colors, the majority do. Some of the nations that do not use Pan African colors include Cape Verde, the Democratic Republic of the Congo, Liberia, and Somalia.