Brazil's latitude and longitude is 10° 00' S and 55° 00' W. Below is the map of Brazil showing major towns, roads, airports with latitudes and longitudes plotted on it. 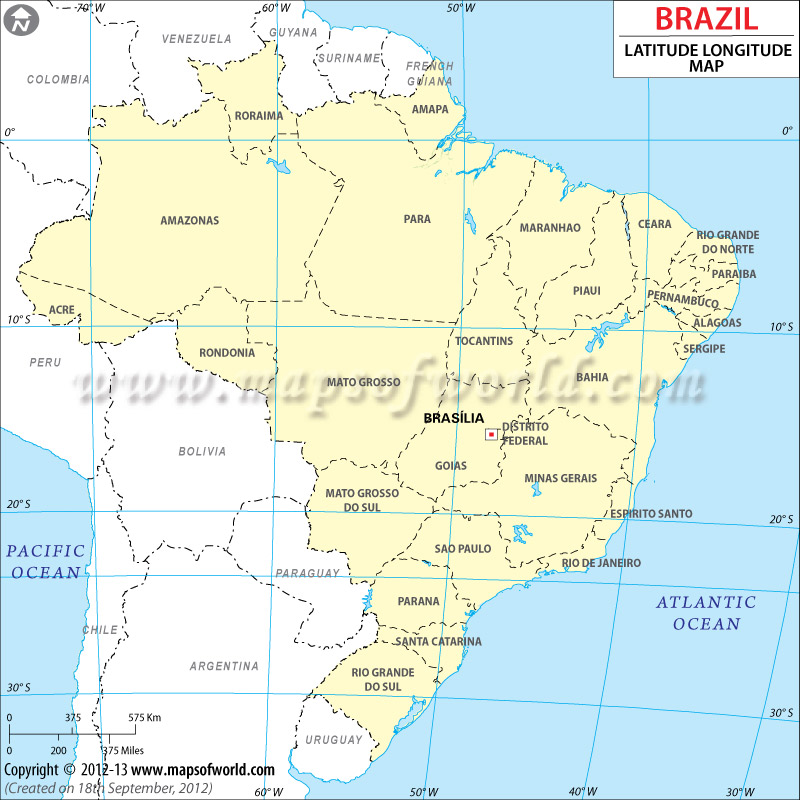 The Federative Republic of Brazil is located on the geographic coordinates of 10.6500° S latitude and 52.9500° W longitude in South America.

The main latitude and longitude of Brazil is 10° South and 55° West. The major part of Brazil, which is a South American country, falls in the southern hemisphere.

As the equator passes through the northern part of the country, Brazil has a tropical type of climate.

The southern part of Brazil has a temperate form of climate as it is near to the Tropic of Capricorn. The longitudes of Brazil fall in the west of the Prime Meridian thus the time zones of Brazil is two or three hours less than the UTC.

The time zones of Brazil are known as BRT and BRST. The time zone is two hours more than the standard time of Washington DC.