What Countries are in Eastern Europe? - Answers 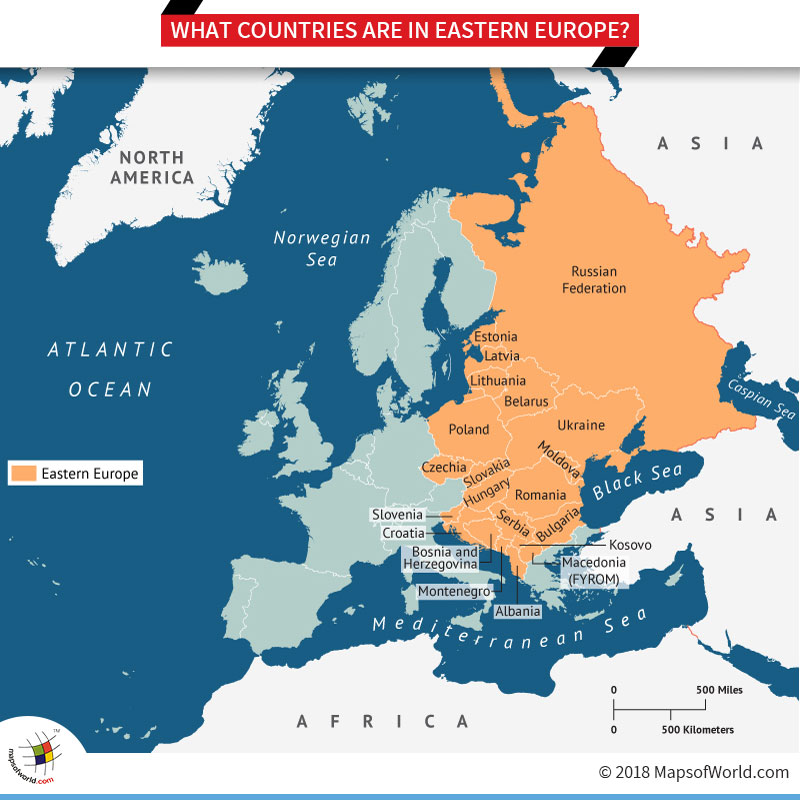 The term Eastern Europe in itself is an ambiguous one and is defined differently in different contexts. Geographically speaking, Eastern Europe consists of all the countries that are located on the eastern side of the continent. This, however, is not a physical division (with no physical relief dividing Eastern and Western Europe) and the term remains quite ambiguous. There is also much difference of opinion about the inclusion of Russia and Turkey in Europe.

In the context of the current geopolitical scenario, we can consider the United Nations Eastern Europe Group as a reliable guideline that helps us identify the countries included in Eastern Europe. This is not an official division but is an unofficial grouping – The Eastern European Group (EEG) – that allows member nations to act as a voting bloc. This grouping includes 23 nations, out of which three – Armenia, Azerbaijan, and Georgia – are physically in Asia. The countries are –

1. We consider Armenia, Azerbaijan, and Georgia as Asian countries, thus we have not included them in the map

2. We consider Greece as a Southern European country, hence it is not included in the map

3. Turkey is a trans-continental country with only a minor part in Europe hence we do not consider it as an Eastern European country

4. We recognize Kosovo as an independent country and a part of Eastern Europe, even though it is not mentioned in the UN list of East European Countries

Visit the following to learn more about Europe: