Cities in Illinois Nicknamed ‘The Prairie State’, Illinois is located in the Midwestern United States. The state is known for productive prairies, antebellum architecture, and diverse cultures. Known as the… 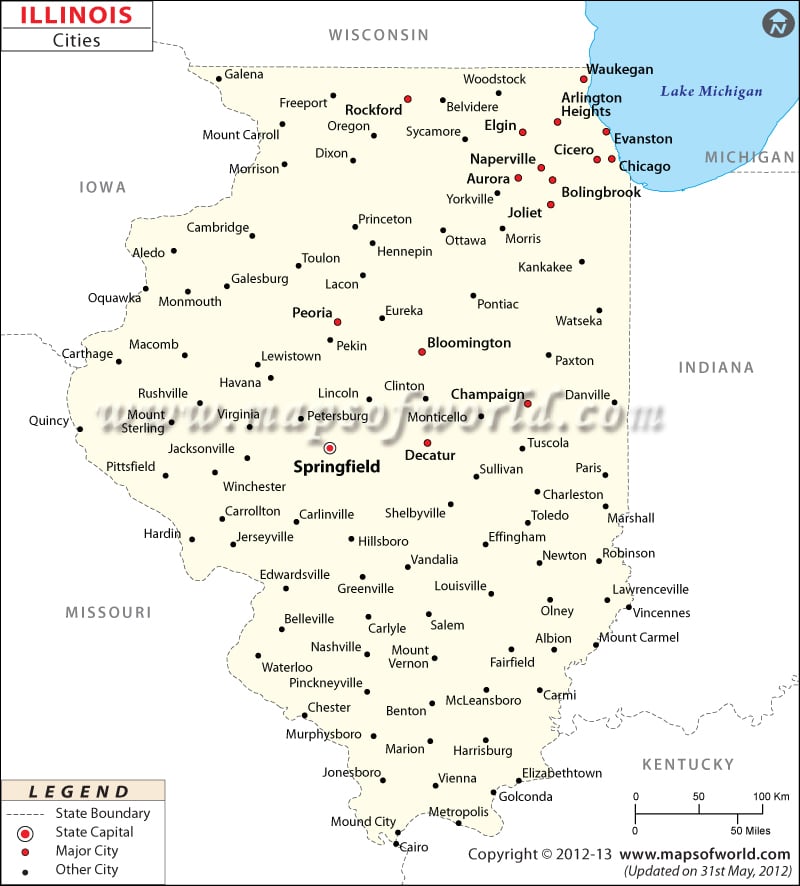 Nicknamed ‘The Prairie State’, Illinois is located in the Midwestern United States. The state is known for productive prairies, antebellum architecture, and diverse cultures.

Known as the ‘Windy City’, Chicago shines like a beacon along the southwestern shores of Lake Michigan. Be it Hyde Park, Navy Pier, or Chicago Loop, the city has a fair share of attractions that can rival New York or Los Angeles.

The Abraham Lincoln Presidential Library and Museum lies in the state capital, Springfield. Also called ‘The River city’, Peoria is the oldest European settlement in Illinois. The city of Aurora is divided into three regions: West Side, East Side, and Fox Valley. Rockford, Joliet, Naperville, and Waukegan are other major cities in Illinois.

Chicago O’Hare International Airport (ORD) is among the busiest airports in the world whereas, Midway International Airport (MDW) provides a secondary gateway. Texas Eagle, Lake Shore Limited, Capitol Limited, Cardinal, California Zephyr, Southwest Chief, and Empire Builder are some of the Amtrak trains serving the state. Interstate Highways (I-57, I-55, I-74, I-72, and I-80) and U.S. Highways (US 45, US 51, US 66, and US 24) create a dense road network.

Where is Illinois Located?

Map of Universities in Chicago