What are the popular places to visit in Chicago?   - Answers

Not many cities in the world can match the class, grandeur, and liveliness that Chicago exudes. Breathtaking skyscrapers, lush green parks, museums & galleries, and lustrous beaches make the ‘Windy City’ a place to visit and cherish for. Even if you have walked along Michigan Avenue or visited the Museum Campus, there are several other attractions in the city that demand your attention.

This largest city in Illinois, it is situated on the Southwestern coast of Lake Michigan. 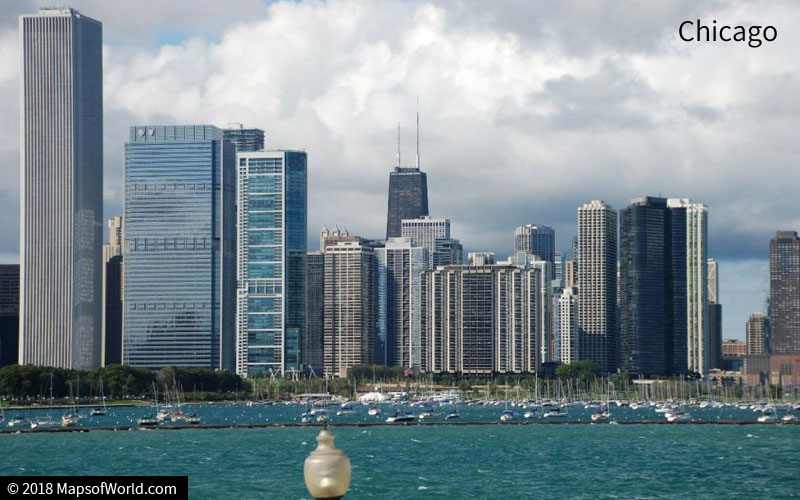 Places to Visit in Chicago

There is a reason that Chicago attracts over 40 million visitors from across the world every year. Out of all the spectacular tourist destinations it offers, here are some of the attractions you cannot afford to miss.

Navy Pier – This dock is perhaps the most visited tourist attraction. There is an IMAX theater, a 150-ft-high Ferris Wheel, the Chicago Children’s Museum, and a beer garden to keep you busy.

The Millennium Park – A silver band shell, which is a 120-ft outdoor gallery, at the Millennium Park has achieved an iconic status in the city. Moreover, the Park also comprises the magnificent Crown Fountain of Jaume Plensa, the BP Bridge, the McCormick Tribune Ice Rink – a skaters’ paradise.

Art Institute of Chicago – This second largest art museum in the US is where the artistic masterpieces and treasures from around the world are on display. It has a fine collection of impressionist and post-impressionist paintings.

Field Museum of Natural History – You travel thousands of years back in time when you visit this museum. Replicas, models, and remains of the creatures and objects from the prehistoric times are stored here. It houses the skeleton of a mammoth Sue – the largest Tyrannosaurus rex discovered – animal displays, gemstones, mummies, and beetles to go with others.

Willis Tower – The tower that earned a worldwide fame for its height as the ‘Sears Tower’ came to be known as ‘Willis Tower’ since 2009 onwards after the naming rights of this humungous structure were bought by the Willis Group, an insurance broker company. With 110 stories, it is the second tallest building in the US and the crown of the Chicago skyline. A glass-floored sky deck at the 103rd floor offers visitors a thrilling experience.

Things to Do in Chicago

The third largest city in the US, Chicago has a large number of hotels of all categories. The high-end travelers can settle for Trump International Hotel & Tower, Four Seasons, The Langham Chicago, Ritz Carlton, Waldorf Astoria, Park Hyatt Chicago or JW Marriott. The mid-range visitors can try Sheraton Chicago Hotel & Tower, Hyatt Regency, The White Hall Hotel, The Palmer House Hilton, and The Drake. Those who are in search of pocket-friendly accommodation can check-in at the Best Western Grant Park Hotel, Central Loop Hotel, and Aloft Chicago City Center.

Although Chicago is home to over 7,000 restaurants, there are some top picks. If you want to have the best of American cuisine, you must land at Alinea, Longman & Eagle, Irazu, or Sweet Maple Cafe. The Crisp restaurant serves authentic Asian cuisine and Andy’s Thai Kitchen specializes in Thai cuisines. Get a table at Hopleaf and enjoy the European food. Kuma’s Corner is ideal for burger lovers. The city can also offer you the best hot dog in the entire country.

The city witnesses warm to hot weather in the summer. However, it remains quite pleasant in the spring and fall.

How to Reach Chicago?

By Air – The O’Hare International Airport is the main airport serving the City of Chicago. It is around 17.6 miles from Downtown Chicago and requires a half-an-hour drive to reach there.

By Train – The Chicago Union Station is located in the heart of the city and it is the only intercity railway station in here. It is well connected with other parts of the city.

By Road – Four auxiliary and seven mainline interstate express highways run through Chicago that connect the city to its suburbs and the neighboring state of Indiana.