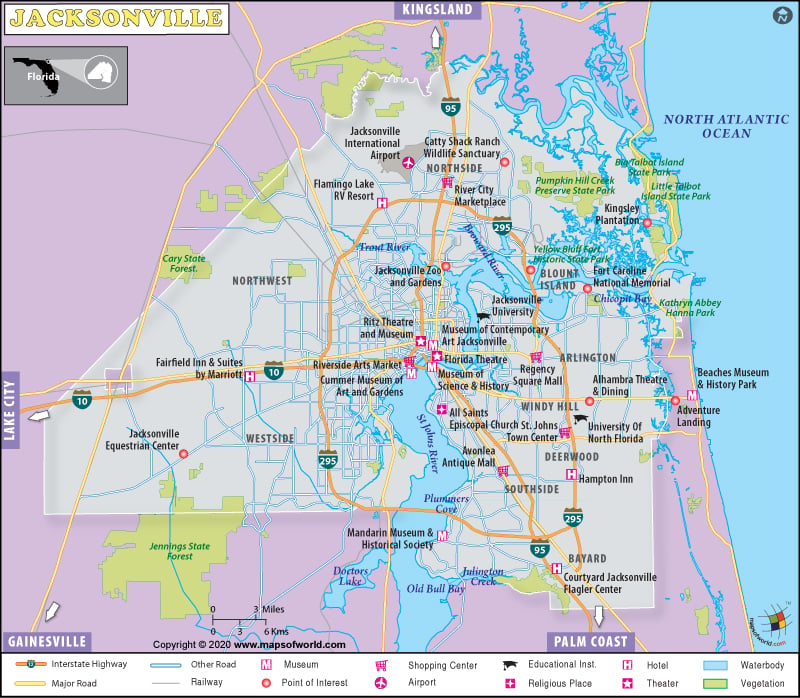 Jacksonville is a city in the U.S state of Florida. The settlement in Cowford as earlier known began in the year 1791 and the city received its present name in 1822 in honor of Andrew Jackson, the first military governor of the Florida Territory. In 1821, Florida became a territory of the United States. The city grew rapidly and was chosen by the voters to consolidate the city and county governments in 1968. Thus Jacksonville was made the largest city in land area in United States. It is now the county seat of Duval County.

Where is Florida Located?