What are the popular places to visit in Miami? - Answers 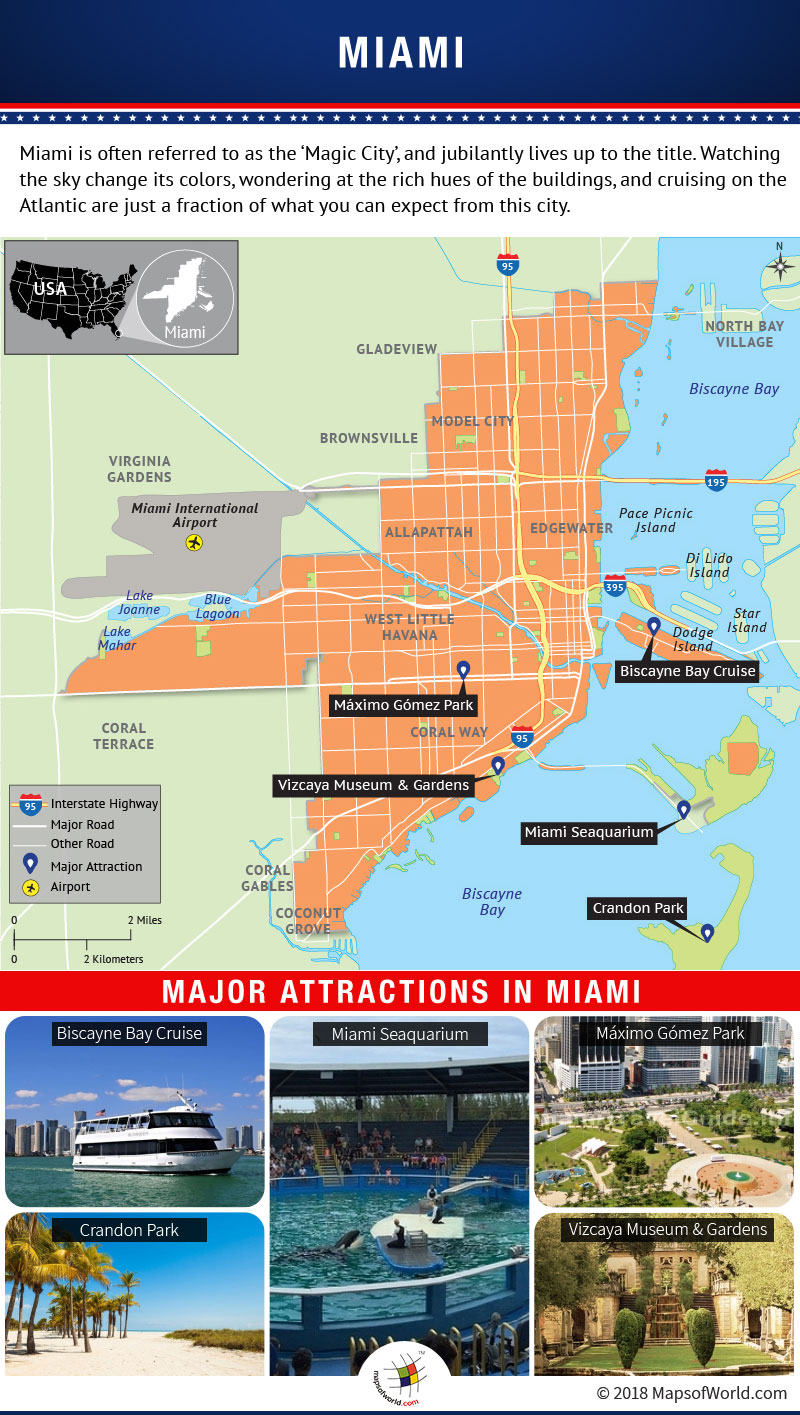 Miami is fondly referred to as the ‘Magic City’ and truly lives up to this title. Located in Florida, the southernmost state in the US, is situated on the eastern coast of Florida facing the Atlantic Ocean and is in close proximity to The Bahamas.

Life, here, can be an everlasting euphoria. It’s not only one of the cleanest cities in the US, but also the most heartwarming one. Watching the sky change its colors, wondering at the rich colors of the buildings, and cruising on the Atlantic are just a fraction of what you can expect from this city. It unfailingly weaves around you a web of fascination. Whether it is the Virginia Beach, Miami Beach, Little Havana, or the spectacular Art Deco Historic District, Miami has a lot to offer. 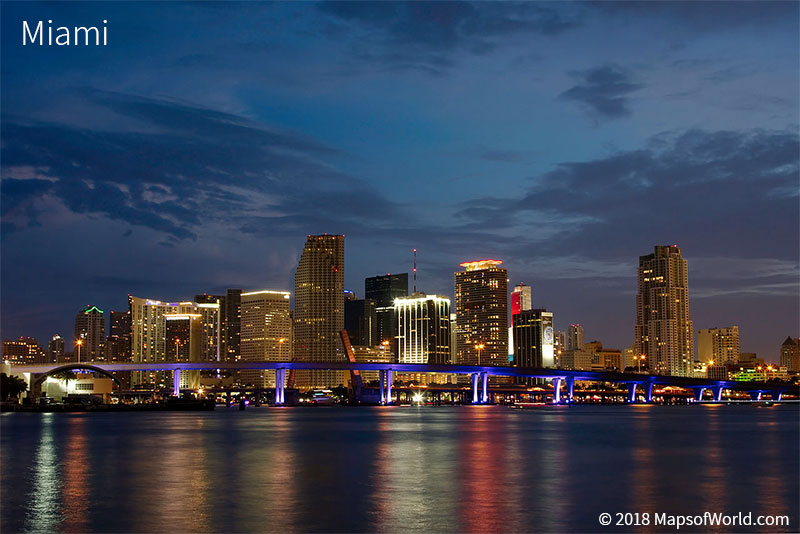 Places to visit in Miami

Miami Seaquarium – This is where dolphins keep you entertained with their acrobats. This 38-acre oceanarium is a nice place to get familiar with moray eels, sea lions, seals, endangered manatees, and sea turtles.

South Beach – Often referred to as the ‘American Riviera,’ this spectacular beach is known for white sand, beach-side cuisine, fancy bars, and party hubs in the vicinity. Whether you spread yourself under the tropical sun or bike around the beach, you are never far away from happiness.

Vizcaya Museum & Gardens – This Italian villa is a must-visit destination for those who have a fascination for medieval arts and architecture. This early 20th-century property is known for its Italian Renaissance gardens, medieval art, paintings, and tapestries.

Máximo Gómez Park – Also known as the ‘Domino Park,’ this park is a stark reminder of Old Cuba in the Little Havana. It’s one of the frequently visited places in Miami and rated amongst the most hospitable and friendly locations in the city.

Crandon Park – The two-mile-long beach in this park is among the top ten in the US. Millions visit the beach dotted by picnic areas, a golf course, and a family amusement center.

Biscayne Bay Cruise – If you want to explore the Miami skyline and the residences of the rich and famous, opt for a cruise on Biscayne Bay. This 90-minute journey is fulfilling to the core.

Things to Do in Miami

When it’s time to try something sumptuous, there are some top-notch restaurants and lounges that can never disappoint you. Try Exquisito Restaurant and Tap Tap to taste the best of the Caribbean and the La Moon, Jaguar, Yambo, and Blue Collar for a delicious American fare. El Carajo, Osteria del Teatro, and Mandolin serve Spanish, Italian, and Greek cuisines respectively. Steve’s Pizza is a one-stop destination for pizza lovers. MC Kitchen in the Design District and the Haven lounge close to Lincoln Road are worth trying.

Spring is the time when Miami blooms its best. Visit the city between January and June to make the most of your tour.

How to Reach Miami?

By Air – The city is served by the Miami International Airport. It’s around 8.5 miles from Downtown Miami and a 20-minute drive from there.

By Train – The Miami Central Station is the biggest railway station serving the city and is adjacent to the Miami International Airport. It is almost 9.3 miles from Downtown Miami and requires a 20-minute drive. The Rapid Transit System of Miami is its Metro rail connecting the city to its suburbs. Tri-Rail is the city’s commuter train connecting the areas between the West Palm Beach and the Miami International Airport.

By Road – Miami is well connected with the rest of the country. The city has a number of interstate highways and US highways passing through.