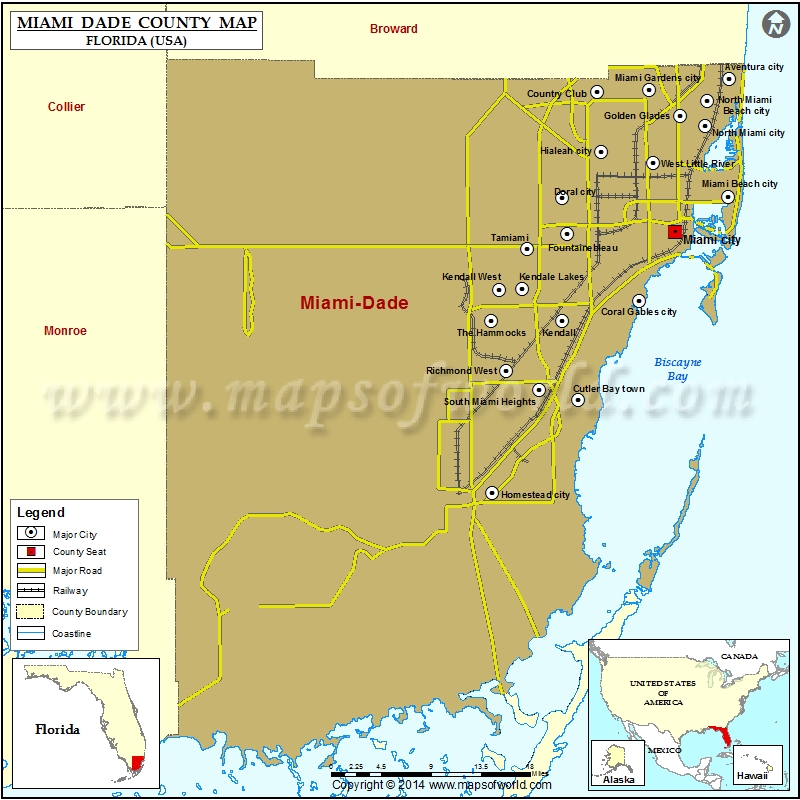 Check this Florida County Map to locate all the state’s counties in Florida Map.

Miami-Dade County in Florida state is the southeasternmost county in the lower 48 states in the United States. With more than 2.6 inhabitants, it is also the most populous county in the state and the seventh most populous in the US. The county seat is the city of Miami. There are 34 incorporated cities in this heavily urbanized county that comprises an area of 2,431 square miles. The Miami-Dade Public Library is among the country’s largest public library systems. Miami International Airport () is the single largest international gateway for American Airlines. Interstate 95 and 75 are two major roads in the county. Downtown Miami, Villa Vizcaya, South Beach, Everglades National Park, and Biscayne National Park are popular attractions in the county.