Duval County Duval County is an important county in the state of Florida. Duval County was established in the year 1822 and was named after William Pope Duval. He served… 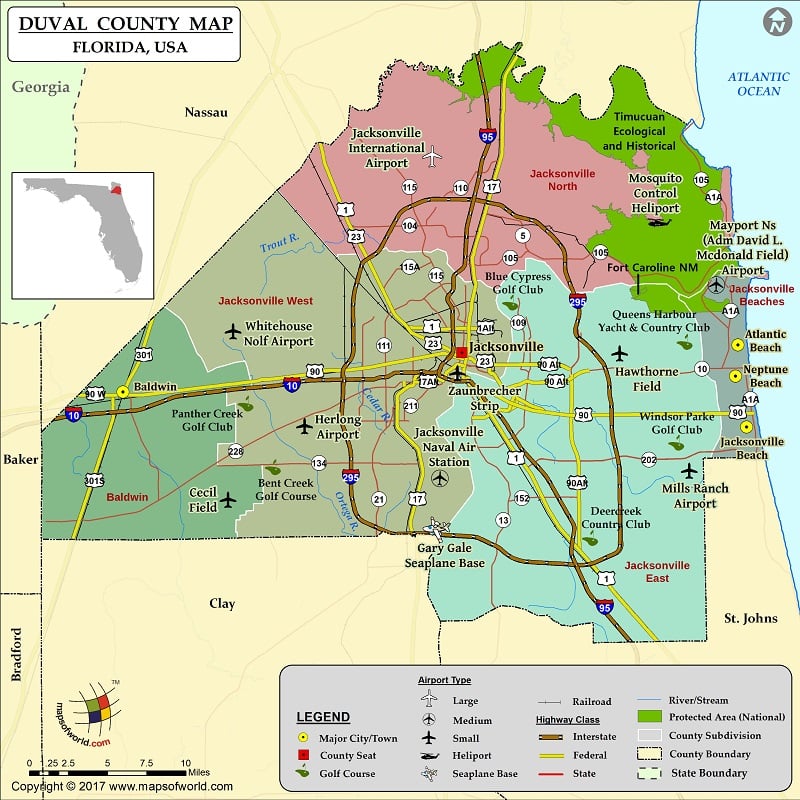 Duval County is an important county in the state of Florida. Duval County was established in the year 1822 and was named after William Pope Duval. He served as the Governor of Florida Territory between 1822 and 1834. Jacksonville is the county seat of Duval County. As of 2010, the county comprises a population of 864,263. But according to a 2015 estimate, the population has increased to 913,010.

The county is spread over an area of 918 square miles. Of this, some 762 square miles forms land and 156 square miles water. Though there are some rolling hills in the county; however, its topography is largely coastal plain. Some counties lying adjacent to Duval County include Nassau County, St. Johns County, Clay County, and Baker County. Jacksonville International Airport is an important airport located in the county.

Some prominent national protected areas in the county include Fort Caroline National Memorial and Timucuan Ecological and Historic Preserve.