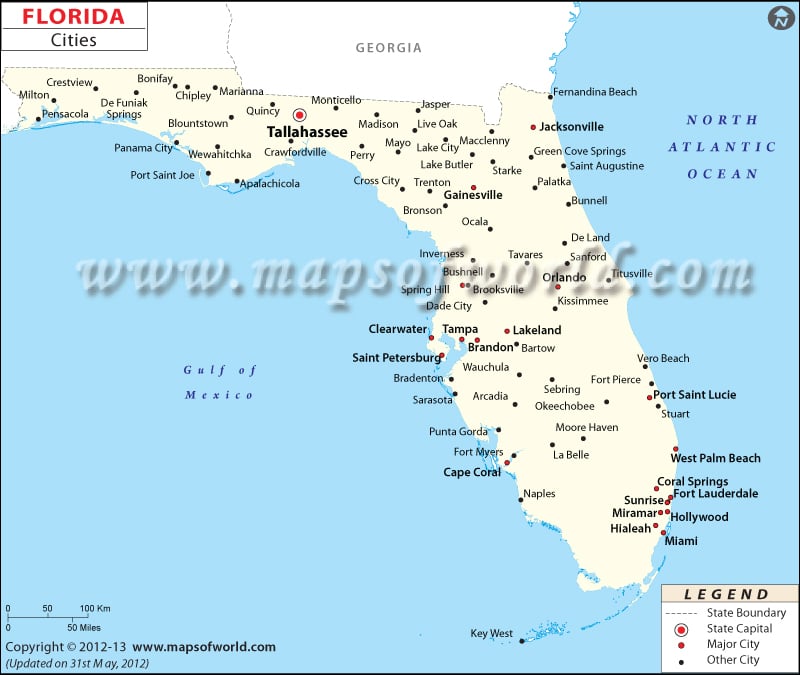 About Cities in Florida

Florida, ‘The Sunshine State’, has sub-tropical weather, amazing beach destinations, and a strong presence of the Cuban community, giving it a distinct character as compared to other states in the US.

Miami, located in the southeastern tip of Florida, is known for the Biscayne Bay, glamorous South Beach, cigar shops, and art deco buildings. Jacksonville, located in North Florida, is not only the most populous city in Florida but also the largest city by area in the contiguous US.

Tallahassee, the state capital, is located in the far north. The city of Orlando in central Florida houses quite a few attractions, including Sea World Orlando and Universal Studios.

Getting In and Around Florida, Miami International Airport and Orlando International Airport connect Florida with major international destinations. Interstate Highways I-4, I-10, I-75, and I-95 criss-cross the entire state. Cities in Florida such as Sanford, Orlando, Tampa Union Station, Miami, and Jacksonville are among the busiest stations served by Florida.