US Map > US History > 4th of July History
US History

Overview Independence Day in the United States of America is celebrated on July 4th. The holiday commemorates the adoption of the Declaration of Independence, which announced the separation of America… 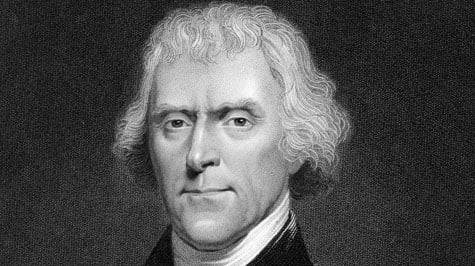 Why Did the Colonies Declare Independence From Britain?

America’s journey toward independence began years before the Declaration of Independence was signed. Thirteen Colonies, governed by British Parliament, had been formed in North America. The colonists began to gradually separate from their homeland, wedged apart by differing views on how the New World should be governed. Great Britain, in debt after the Seven Years’ War, imposed several laws on the colonies, such as the Stamp Act in 1765, and the Tea Act (which resulted in the Boston Tea Party) in 1773, which imposed taxes on the colonies. Colonists protested these taxes because their interests were not being represented in Parliament, leading to their slogan, “No Taxation without Representation.”

Great Britain responded with what became known as the Intolerable Acts (or Coercive Acts) in 1774, a series of laws that punished the colonists for their resistance.

This series of acts exacerbated the conflict between the colonies and Great Britain and were some of the major factors that lead to the American Revolution.

The 2nd Continental Congress met in Philadelphia shortly after the start of the Revolutionary War. During the June 7, 1776 meeting, Richard Henry Lee, a delegate from Virginia, brought forth a resolution to sever ties with Britain. Congress was unable to reach an agreement on the resolution, and delegates from five colonies were not yet authorized to vote on the issue, so they voted to postpone the discussion. The delegates returned to their colonies to secure support for declaring independence. In the meantime, a committee was formed to draft the declaration, called the Committee of Five. The five members of the committee were:

Thomas Jefferson drafted the declaration and brought it before the committee, who debated, revised, and amended the document. On June 28, they presented the declaration to the Continental Congress. On July 2, 1776, Congress voted in favor of declaring independence from Britain. The Declaration of Independence was officially adopted on July 4, 1776. Though it is unknown exactly when the Declaration of Independence was signed, most historians believe it occurred on August 2nd, almost one month later.

What’s on 4th of July [Infographic]

France in the American Revolution

Impact of Declaration of Independence