The United Kingdom or the UK or Britain is a sovereign state in the continent of Europe. It includes four countries, namely, England, Northern Ireland, Scotland, and Wales. The UK is surrounded by the Atlantic Ocean, the North Sea, the English Channel, and the Irish Sea. The UK is a monarchy ruled by King Charles III. 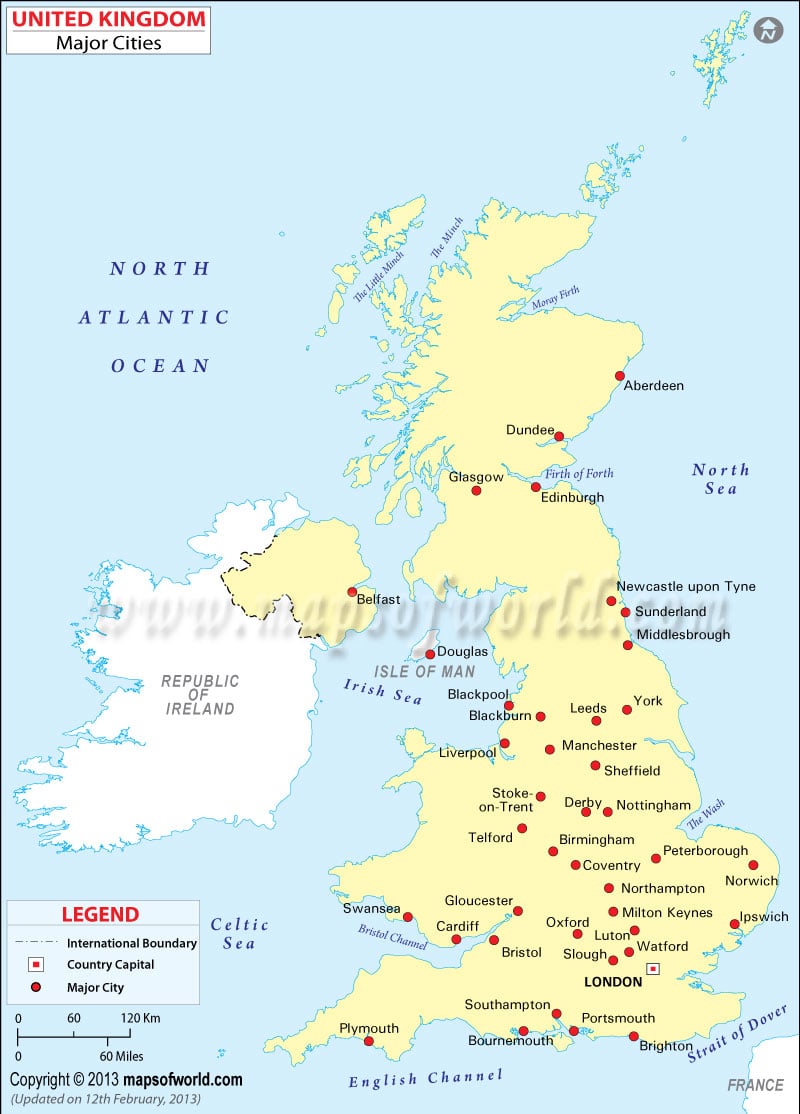 Officially known as “The United Kingdom of Great Britain and Northern Ireland”, and commonly known as Britain or UK, the United Kingdom is a sovereign state which comprises four countries – England, Wales, Northern Ireland, and Scotland. The country is bordered by the Atlantic Ocean, North Sea, English Channel, and the Irish Sea. Northern Ireland is the only region of the UK that shares a land border with another country, the Republic of Ireland. The United Kingdom is a developed economy. It is the 7th largest economy in the world in terms of nominal GDP and the 8th largest by Purchasing Power Parity (PPP). The UK is a permanent member of the United Nations. It is a member of the European Union, the G7, the G8, the G20, NATO, the Council of Europe, the Commonwealth of Nations, the Organization for Economic Co-operation and Development (OECD), and the World Trade Organization.

Regions of the UK : England: It is the largest and the most populous of all the four countries in the United Kingdom. England is divided into three regions – Southern England, South East England, and West Country. London is the capital of England.

Major Cities of the UK

The major cities of the UK are :