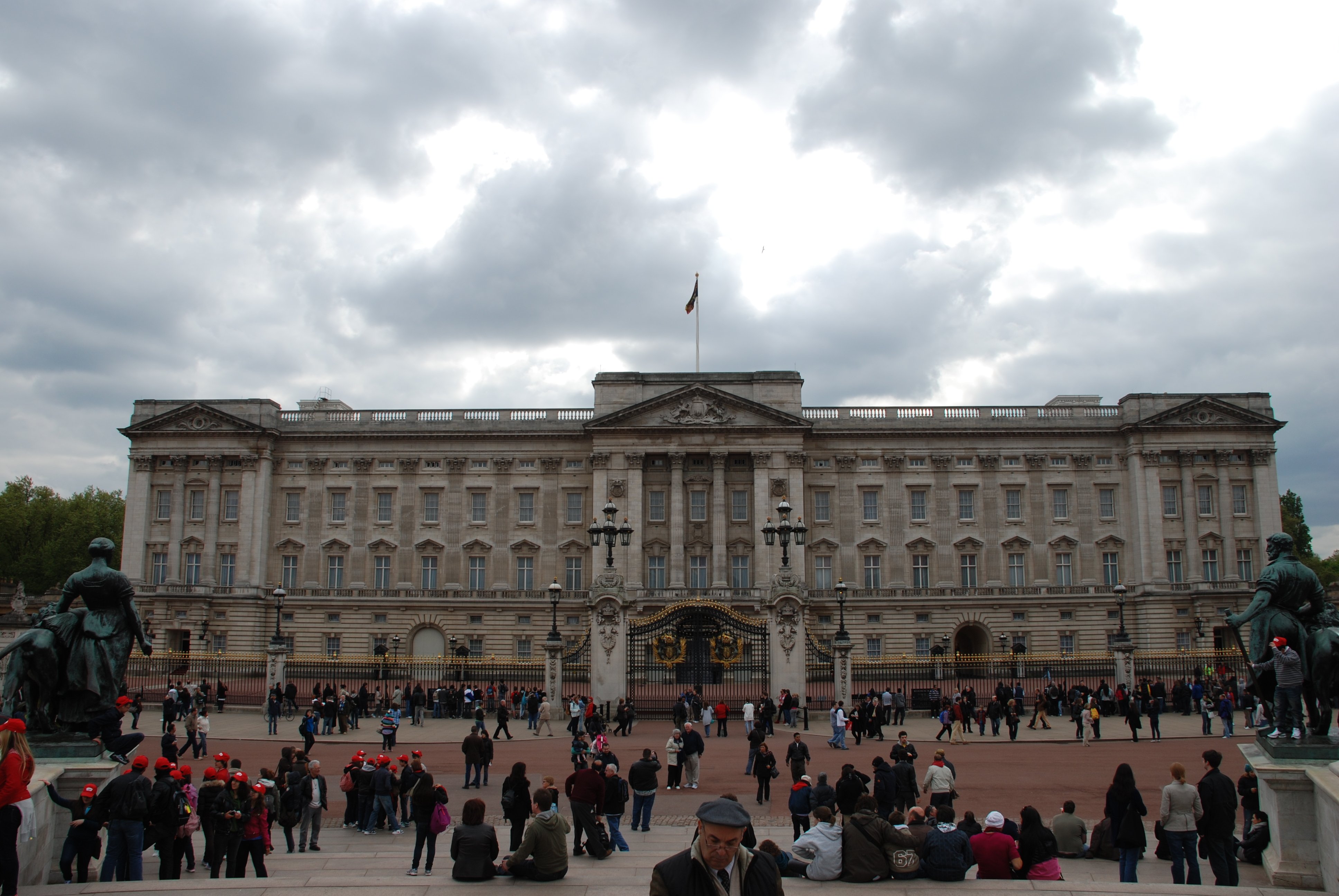 You know your trip to London is incomplete if you haven’t been to the Buckingham Palace.An epitome of British monarchy, the palace stands for all that is British: its royalty, grandeur, culture, tradition, and also its evolution with time. Though it is neither a museum nor an art gallery, it has a treasured collection of rare works of art. If you have visited this palace, you have known “the City.”

Built in 1703, the Buckingham Palace was originally known as Buckingham House. It was then a large townhouse built for the Duke of Buckingham. In 1761, King George III bought this property for his wife, Queen Charlotte for use as family residence. It came to be known as ‘The Queen’s House’. In the 1820s, architects John Nash and Edward Blore refurbished this building at the behest of George IV and it became Buckingham Palace.

Queen Victoria moved here in 1837 and thus became the first monarch to use the Buckingham Palace as her official residence. Since then, the palace has been serving as the official residence of Britain’s sovereign in London. When the soft French stone adorning the palace started turning grimy black due to industrial emissions, architect Sir Aston Webb redesigned it with white Portland stone facade in 1913.

Things to do in Buckingham Palace

Enjoy a Rendezvous with Royalty – The Buckingham Palace has 775 rooms of which the 19 state rooms are open to visitors from August to September when the Queen is away. Take a tour of these rooms and know about the cultural heritage of British monarchy.

Admire Rare Artworks – The State rooms have a collection of the Royal family’s sterling treasures which include fine English and French furniture besides paintings by Rubens, Rembrandt, Poussin, and Canaletto.

Do some time-traveling – Visit the impressive Ballroom and see a conventional horseshoe-shaped table adorned extravagantly for a State Banquet. You will also find the silver gilt from the Grand service besides jeweled cups, ornate dishes, ivory tankards, shields, and many more such coveted items.

Enjoy Great Views – A guided tour through the palace will offer you some unique sights. Toward the end of your tour, you will reach the rear side of the Palace gardens that offer views of the west front of the Palace and the lake.

Watch the ‘Changing the Guard’ ceremony – The ceremony takes place on the forecourt of Buckingham Palace at 11.30 am everyday in summers and on alternating days during autumn and winter. This ceremony lasts for about quarter of an hour. In this, soldiers on duty at Buckingham Palace and St. James’s Palace are relieved by the ‘New Guard’. A military band plays music. The same band plays the ‘Happy Birthday’ song on birthdays of the members of the Royal Family.

The Buckingham Palace is located at the center of London and surrounded by two royal parks. Other nearby attractions are the St. Paul’s Cathedral, St. James’s Palace and also the Trafalgar Square which is less than a mile away. The London Eye and Big Ben are also popular with tourists. 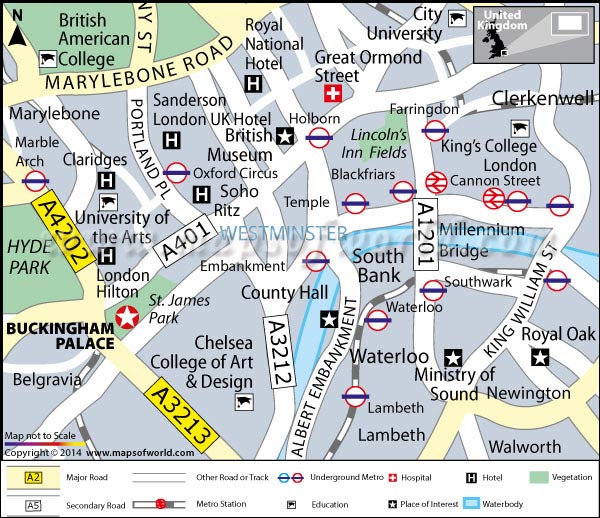 Where is Buckingham Palace ?

Located at the heart of London, Buckingham Palace is nestled between St. James Park, Hyde Park, and Green Park.

By Air – It is about 11 miles away from London City Airport. Heathrow Airport is little over 15 miles from the palace.

By Rail – The closest railway station is Charring Cross. One can easily reach Buckingham Palace by taking the tube. Hyde Park Corner, Green Park, and St. James’s Park are the nearest subway stations.

By Road – A number of domestic and international bus services cover the bus (also called coach) stations off Buckingham Palace Road. The Eurolines Bus Service and Megabus are two such. Megabus runs budget coach services to and from Victoria coach station connecting it with other parts of UK and Europe. Some important trunk roads that connect London with other parts of UK are M1, A1/A1 (M), M40/A40 and M4.

There are plenty of accommodations to choose from around Buckingham Palace. Shangri La, Claridge’s, The Connaught, and Goring are some of the finest luxury hotels. Dukes Hotel and Rubens At the Palace are pretty decent hotels close by. The Taj 51 Buckingham Gate, Suites and Residencies is less than a mile away. Venture Hostels, Bowden Court, and Travelodge on London Wembley High Road are ideal for budget travelers.

While Le Caprice is an art deco European restaurant, Buckingham Balti House serves unpretentious Indian cuisines. Le Signore on the Palace Street has popular Italian delicacies in its menu. For tea and scones, come to The Garden Cafe on Buckingham Place Road. The Goring Dining Room, Seven Park Place, Quilon, and The Library are other options for diners to enjoy a hearty meal in the heart of London.

The Changing the Guard ceremony takes place at 11.30 am every day in summers and on alternate days in winters.

If you want to tour the state rooms in the palace, then be there between August and September. This is the only time when the palace is opened to public as the Royal Family moves to Scotland.