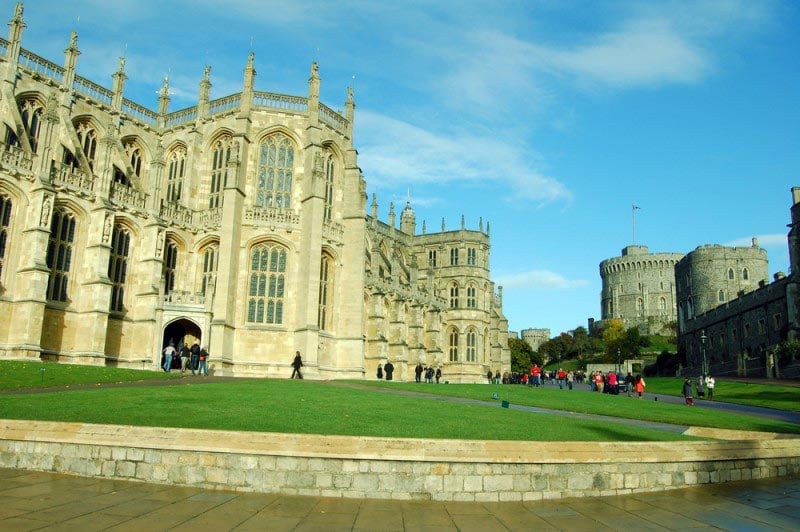 Windsor Castle, london – The official residence of the Queen of England

Windsor Castle, England – The magnificent 900-year-old Windsor Castle is the official residence of the Queen and the world’s largest working castle. It was built by William the Conqueror.

The state apartments in particular house some of the rarest collections of art and paintings in the world. The works of legends of the stature of Rembrandt, Rubens, Holbein and Dyck adorn the parapets, and are nicely complimented by stunning British furniture and chinaware.

The St. George’s Chapel built by Edward IV is a great piece of Gothic architecture. The St. George’s Hall too is a wonderful place to visit, which has been fully restored post the 1992 fire. Every year, the Queen resides at Windsor Castle for a month during the month of Easter. The Queen also resides here during the month of June for a week to attend the Order to the Garter as well as the prestigious Royal Ascot Race.

As far as state visits are concerned, the Windsor Place is the ultimate venue where the Queen hosts the traditional State Banquet at the grandiose St. George’s Hall. It is a scene to behold. The manner is which foreign Heads of State are driven to this magnificent Castle in regal horse drawn carriages where a spectacular military guard of honor awaits the dignitary. The majestic St. George’s Chapel does not owe allegiance to the archbishop though prayers and services are conducted. Instead, the chapel is directly under the sovereign.

Being a working castle, there are quite a few people belonging to the exclusive Castle Community who reside within the castle’s premises. For instance, the titular head of the castle community, the castle constable, Governor and Dean of the Castle to name just a few are residents of the castle.

Apart from witnessing the magnificent royal décor in the interiors of the castle, visitors can also see the grand spectacle of “changing of the guards” that takes place every day from April to June and every alternate day from July to March.

Most visitors to the castle are intrigued by the riveting Queen Mary’s Dolls’ House. It is an amazing doll’s house which is all of six feet high and the interiors are stacked with chinaware, glassware, skillfully embroidered linen, mini furniture, etc.

Where is Windsor Castle?

The changing guards ceremony is not to be missed, if the weather permits. Summer is hence a good bet to visit. The castle visiting hours are from 9:45 am and the time for last admission is 3:00 pm or 4:00 pm depending on the month or season.