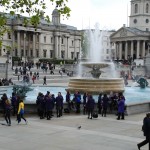 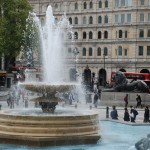 This beautiful square is primarily a commemoration square in honour of the then British Navy who, under the astute leadership of Admiral Nelson, secured a hard-fought victory over the marauding Napoleon fleet in the infamous Battle of Trafalgar way back in the year 1805.

The present Trafalgar Square was possible because of the efforts of the renowned town planner and architect Charles Barry. He came out with the “Charing Cross Improvement Scheme” and transformed this area into one of London’s most picturesque squares where both resident Londoners as well as visitors from abroad could have a jolly good time.

Trafalgar Square is the intersection for some of London’s most famous streets like the Strand, the Mall, White Hall and Charing Cross. By far, the best way of appreciating the beauty of the peripheral areas of the square is by walking leisurely at your own pace and taking in the sights and sounds of this intriguing area of London. Westminster, 10 Downing Street and Buckingham Palace are all reachable through pleasant walks and who knows you might even catch a glimpse of the regal “changing of guards” ceremony. 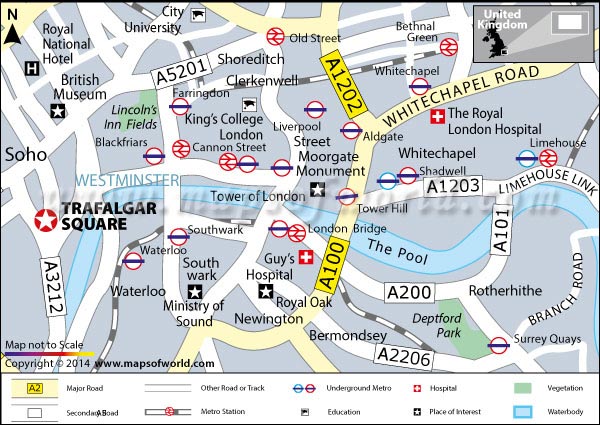 Where is Trafalgar Square?

Trafalgar square is located in central London in the Westminster area. The nearest London Underground stations are Charring Cross, Embankment, Leicester Square and Piccadilly Circus. The bus is also a good option.

Christmas witnesses this place turned into a marvel with the city of Oslo’s gift of the largest Christmas tree. It is hence a good bet to visit this place on Christmas eve. New Year’s Eve is a similarly festive time at Trafalgar Square.