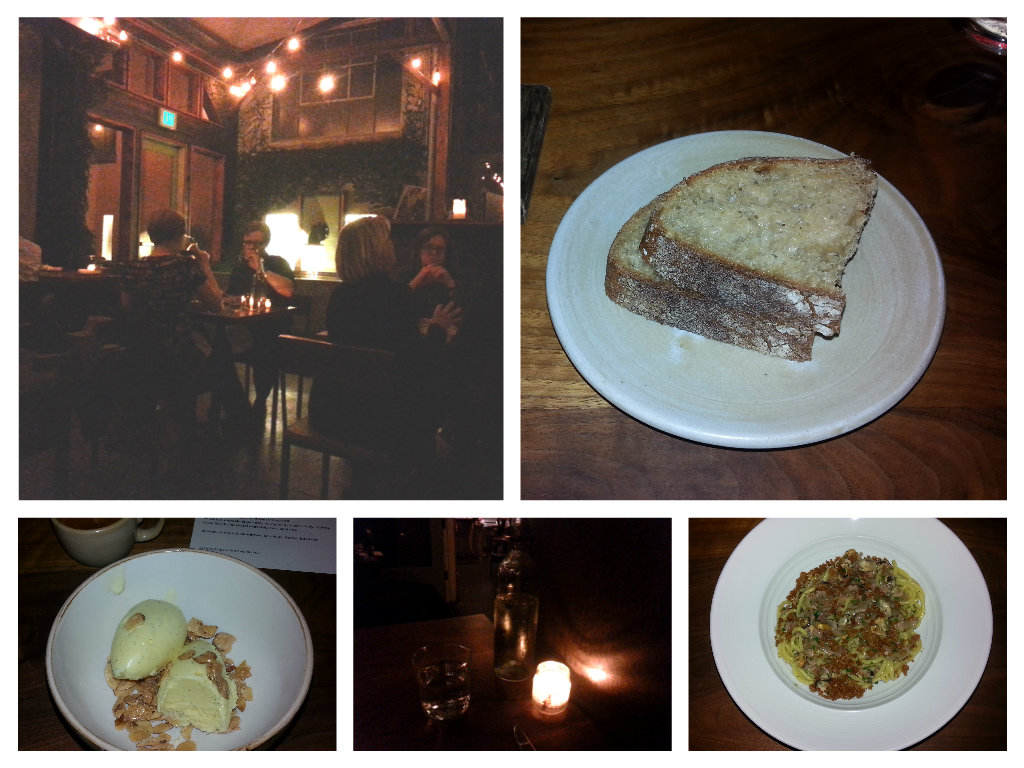 Read the review of Central Kitchen restaurant in San Francisco

Central Kitchen Restaurant Review – One of the things that happens if you review a lot of restaurants is the Inadvertent Comparison. You start to judge and categorize places by other places you’ve been. You don’t quite judge them on their own merits, but on their merits relative to what someone else has done, or is doing. I’m not sure this is a bad thing, and I’m going to do it here.

Here’s what I wrote in my review of Sons and Daughters:

The food at Sons & Daughters is absolutely incredible. It’s extremely expensive, it’s prepared by a group of top-notch chefs, and it’s beautiful on the plate. But it’s also a little ridiculous, the overall experience of dining there is not that great, and some details are just plain wrong, or kind of silly. I got the faint impression, really, that whether or not I enjoyed the experience wasn’t particularly important to them. What really mattered was what appeared on my plate, and the demonstration of expertise by the people who put it there.

In the end, this place seems like a hushed, dead-serious Church of Food. It’s not particularly relaxing, and when you finish he meal, you have the distinct sense that you were an unwitting participant in someone else’s very slow, very serious stage play. This is a restaurant where, from the beginning to the end, the chef is in charge, and you are being allowed to play, but never to influence the rules.

This place also, I might add, takes just about every liberty it can with its own customers before they even enter the restaurant, which is annoying. There is a fifty-dollar charge per person simply to make a reservation, and if you have to cancel it less than two days in advance, they keep it. In other words, they punish you for changing your plans. There is a fixed tasting menu, for ninety-eight dollars. That is a lot of money, and absent some kind of food allergy, you are going to eat what they provide for you to eat, period. A certain set of dishes will appear in a certain sequence and you can either like it or eat somewhere else. There is a mandatory 15% service charge – tipping is not optional. Finally, the kitchen, which is very small, is in the center of what is a very small restaurant. From most of the place, you can clearly see, and are apparently expected to admire, the Altar of Food at the center.

What makes Central Kitchen Restaurant work, again, is that it is the exact opposite of this in a lot of ways. The food is incredible, but it also arrives with a sense of respect for the diner, and a kind of generosity that makes the place simultaneously exhilarating and welcoming. Instead of feeling like I had intruded on someone’s ceremony, I felt like I belonged at Central Kitchen, as if the people behind it has some fundamental understanding of the very human, very nurturing act of preparing food for someone else to eat. It’s nourishment. It’s communion. It’s one of the things every living being on this planet shares. It means comfort, relationship and generosity, along with elegance, talent and creativity. Central Kitchen Restaurant delivered all these things. I loved it.

Central Kitchen is part of a group of restaurants, including Flour + Water, Salumeria (which is right next door) and Trick Dog, the bar on the other side of the restaurant.

In Portrero Hill, a gentrifying area of warehouses. Lots of on-street parking. By the way, there is a bar (the aforementioned Trick Dog) right next to Central Kitchen Restaurant that is packed and loud and looks like a lot of fun, if you’re interested in that kind of thing either before or after your meal.

Great. Sort of a combination of industrial/rustic and the Rhode Island School of Design. The visual centerpiece of the space is an enormous iron industrial water pipe with running water that’s spotlight and operates as a decorative fountain near the entrance. The ceiling is exposed wood beams; the floors are polished concrete. The entire place is about sections of muted color that work together – browns, greys livened up by an occasional dramatic touch, like a huge industrial cart in the middle of the floor that operated as a kind of serving station with an enormous decorative bouquet on it.

Expert, fast and friendly. All the important touches are there, and brilliantly taken care of, without the hushed reverence of That Other Restaurant That Shall Not Be Named.

This is a major point. Unbelievably cheap. When the bill came, I was so astonished at how reasonable it was that I double-checked it. $55 for the whole shebang. It helped that I didn’t drink anything, but still, for this quality of cooking and this kind of place, that’s incredibly cheap.

Marvelous. Inventive, flawlessly executed, and in addition to being precisely and creative, also just plain good.

The appetizer here that I selected was Lardo Toast. This, as its name suggests, is toasted break, which is adorned with two things, an aioli sauce, and … large. It was incredible.

Aioli is a French sauce category. It comes from the Provencal region, and is made of garlic, olive oil, lemon juice and seasonings, according to Wikipedia. In the case of my dish, one of the seasonings was watercress, which is an incredibly delicate, subtle flavor that something made with lemon juice and olive oil could easily overpower. It didn’t – it was wonderful. This sauce was added to the toasted bread as a layer on top and then it was covered with a second layer of … lard.

Lard? Yep. Because while on one side is a loud, fun bar, on the other is … a salumeria. A charcuterie. A high-end store selling sandwiches and cured meats, which they take very seriously. The server told me that the restaurant observes a “whole animal” policy. If they receive, say, a whole pig from their meat vendor, they use the whole thing. What they don’t butcher and serve in the restaurant as someone’s dinner gets taken next door to Salumeria, process, and served as prosciutto, or cured meat, or in this case .. lard. High-end, lovingly prepared lard that’s sliced paper-thin, placed on top of the toast that’s been spread with aioli, and then finished off with a blowtorch, the way you would do a crème brulee. And then, just in case that’s not quite perfect enough, the final touch of dandelion and pickled apple is added.

The result is incredible. The bread is wonderful – rich, substantial, flavorful. The aioli adds a lot of complexity and some tartness to it, and then the lard makes the entire thing rich and savory and delicious. I have never had anything like this before – I never knew you could do something like this. And that astonishment is, to me, the hallmark of really great cooking.

The entrée lived up to this billing. I ordered Saffron Spaghetti. This is described as including mussels, bottarga and fines herbes. Bottarga is, by the way, a kind of fish roe. What arrived was a wonderful, absolutely fascinating and incredibly good dish, one that was based on spaghetti that was properly cooked al dente, so it had some substance, and was infused with the flavor of saffron. Rather than adding it to the dish, they had added it, instead, to the water in which the spaghetti was cooked – a saffron tea, if you will. This, first of all, is a brilliant way to efficiently use an extremely expensive ingredient, and second, builds that saffron flavor into the structure of the dish itself.

This was dressed and tossed with bread crumbs, the roe and very finely chopped mussels, which gave the dish wonderful balance. There was lemon in the mix, as well, which gave everything some bite, and resulted in a substantial, filling presentation of pasta with flavor, depth and texture. Because of the way the restaurant is laid out, I could watch the chef finish and plate this dish, and the care with which he did this was impressive. Although the dish was basically a pile of spaghetti, everything was perfectly balanced and carefully arranged. This may be the best pasta dish I have ever had, and interestingly, it was ultimately really simple.

Dessert was a double espresso, which was flawless, and the special, lavender and crème brulee ice cream. Again, a dish that arrived as something very simple, but was a demonstration of a perfect balance of flavors – the richness of crème brulee, with lavender as an exotic kind of harmony. It was wonderful, and was served over slivered almonds in a simple bowl – just the right touch.

And then the check came. And this whole wonderful meal – inventive, disciplined, elegant and inspiring – was $55. I have no idea how they make this place so inexpensive, and I’m not planning to ask questions. I’m just going to return next time I can. Which I hope will be soon. 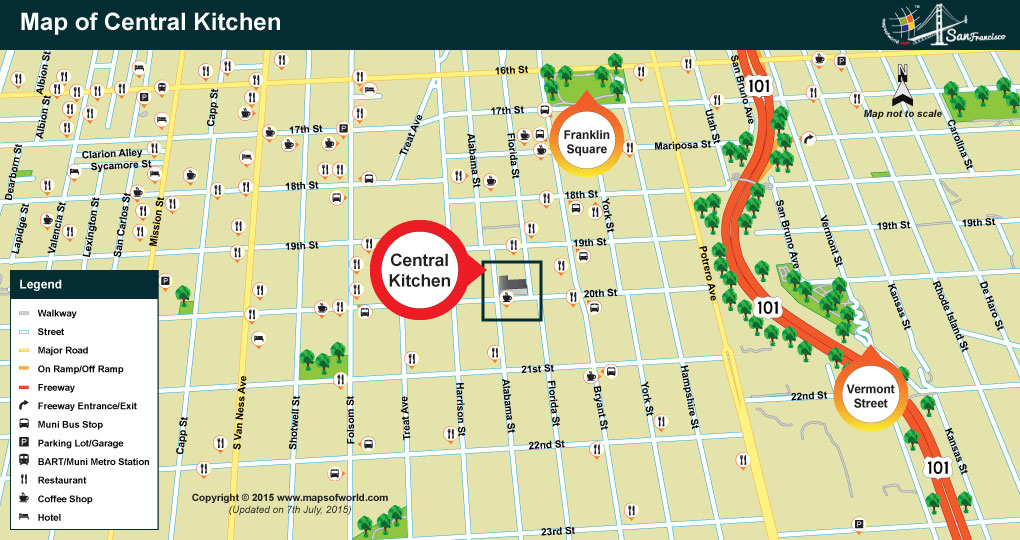