Luxembourg's latitude and longitude is 49° 45' N and 6° 10' E . Below is the map of Luxembourg showing major towns, roads, airports with latitudes and longitudes plotted on it. 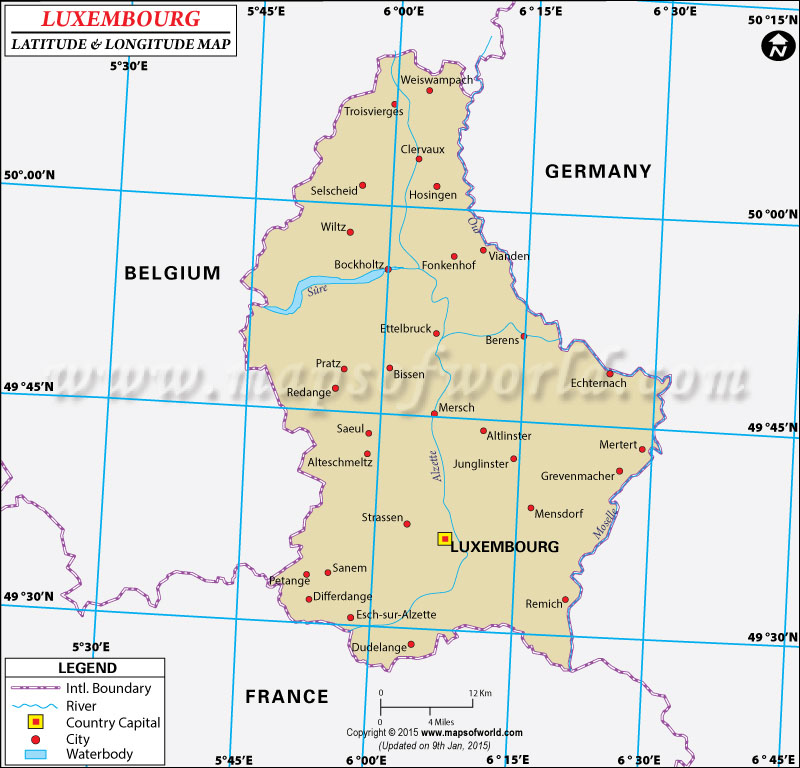 Luxembourg enjoys a climate that is never extreme because of its latitude and longitude have placed it in such a location. Weather of Luxembourg also reaps result from ocean also as the its proximity moderates the weather of Luxembourg making it temperate. In the north part of the country the weather is comparatively colder than the southern part as the high Arden peaks are situated in the north part. Weather during summer is cool and pleasurable and winter it snows in some parts of the country. Luxembourg gets a high amount of precipitation as a result of its latitude and longitudinal location.