El Salvador's latitude and longitude is 13° to 15° N and 88° to 90° W . Below is the map of El Salvador showing major towns, roads, airports with latitudes and longitudes plotted on it. 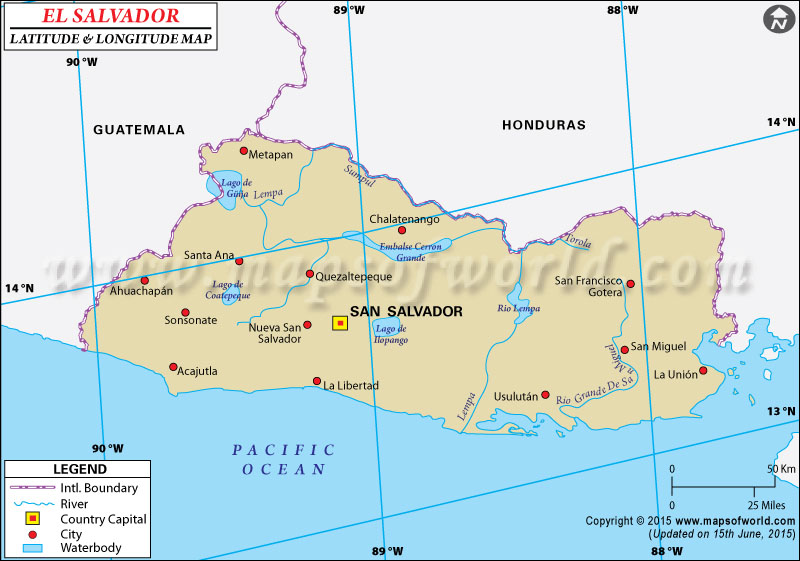 El Salvador situated on the Pacific coast covers the latitude and longitude of 13° to 15° N and 88° to 90° W respectively.

El Salvador's latitude and longitude gives the country a climate which comprises of 2 pronounced seasons, namely the dry season which lasts from November to April and the wet season that covers the months from May to October. During the wet season rainfall is abundant and quite heavy. It is on this rainfall that the chief industry, that is agriculture, of El Salvador depends. The climate is generally hot but at places it varies with altitude. However, mostly the temperature hovers around 32°C.