Angola's latitude and longitude is 12° 30' S and 18° 30' E . Below is the map of Angola showing major towns, roads, airports with latitudes and longitudes plotted on it. 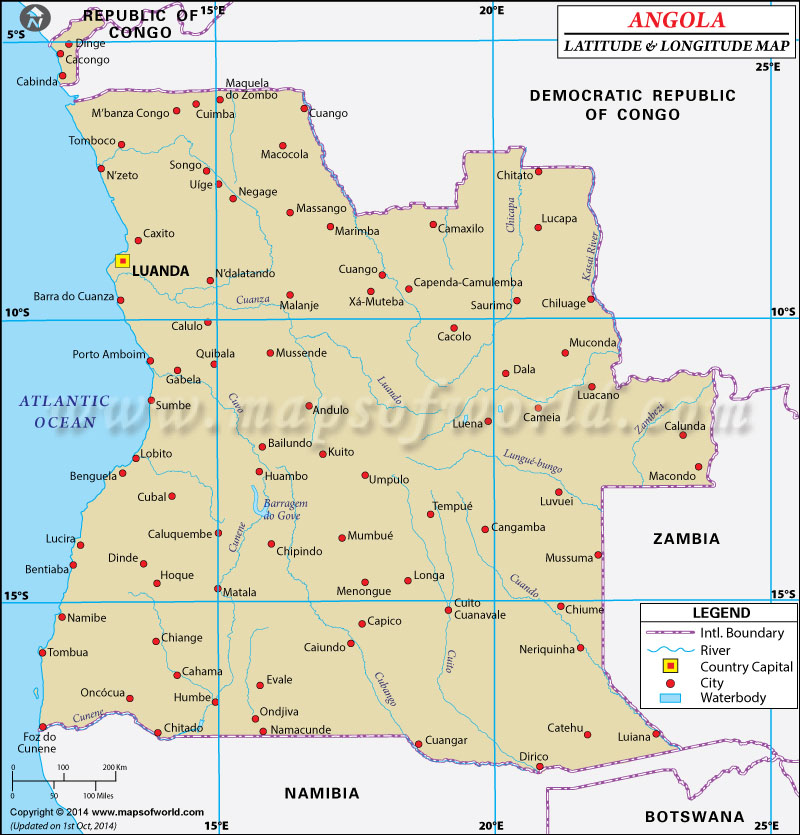 The latitude and longitude of Angola is 12º 30' S and 18º 30' E respectively. It is located in southern Africa and lies between Namibia and Democratic Republic of Congo.
The total area is slightly smaller than twice the size of Texas. The capital of the state, Luanda, lies within 8º 48' S and 13º 14' E. Angola has 18 provinces and is six hours ahead of Washington DC during the Standard Time.

The climate of Angola is semiarid in the south and along the coastal areas of Luanda. The northern parts, on the other hand, have a cool, dry season from May to October and hot, rainy season from November to April. The heavy amount of rainfall causes flooding on the plateau. The terrain has narrow coastal plains rising abruptly to vast interior plateau areas. The total area of Angola is 1,246,700 square kilometers. Desertification, deforestation and overuse of pastures are the major environmental concerns of the region.