There are many airports that serve the whole Oklahoma state. Oklahoma City, the capital of Oklahoma state has the airport named Will Rogers World Airport. 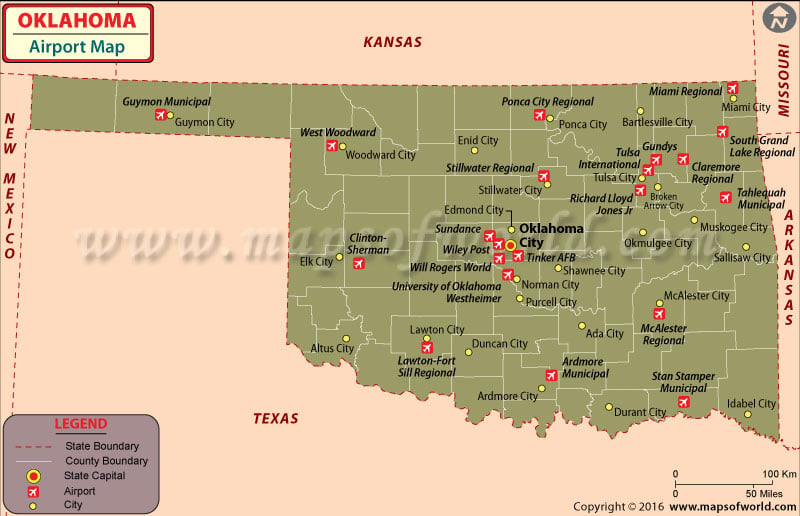 The amenities and services offered by these airports include ATMs, news and gifts shops, various restaurants, retail stores, a chapel, a conference room, massage chairs, shoeshine shops and a hair salon.

The Will Rogers World airport in Oklahoma City is the busiest of all the airports in Oklahoma in terms of commercial passengers who use the airport annually.

Some of the services and amenities provided by this Oklahoma airports include WiFi, shoeshine shops, ATMs, coffee shops, bars, restaurants and retail stores.