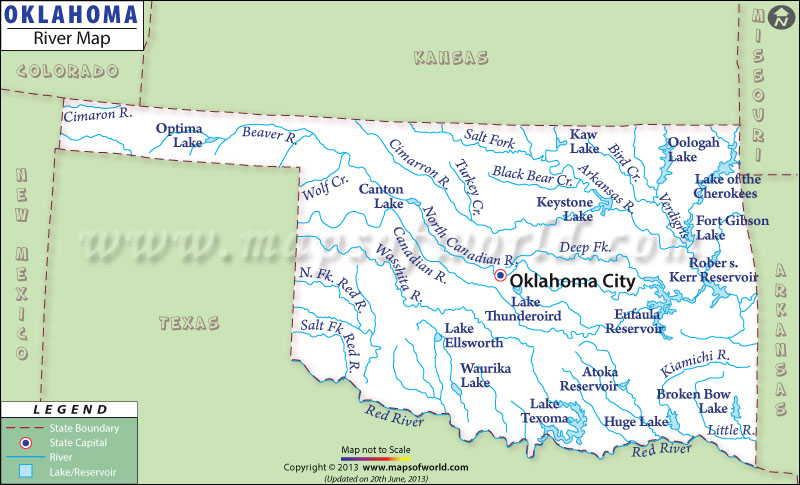 The Oklahoma River Map clearly mentions the rivers, lakes and streams of the state. The State of Oklahoma is drained by several rivers. Some of the important rivers flowing across the state are River Canadian, River Arkansas and River Red. Oklahoma falls under the watershed drainage area of the Gulf of Mexico.

Encompassing a total surface area of 41,500 hectares, Lake Eufaula is the biggest artificial lake of the State of Oklahoma. The Oklahoma State Map points out the small and large rivers of the state. Some of the other important rivers draining Oklahoma are River Beaver and River Caney.