What are the popular places to visit in Oklahoma City? - Answers 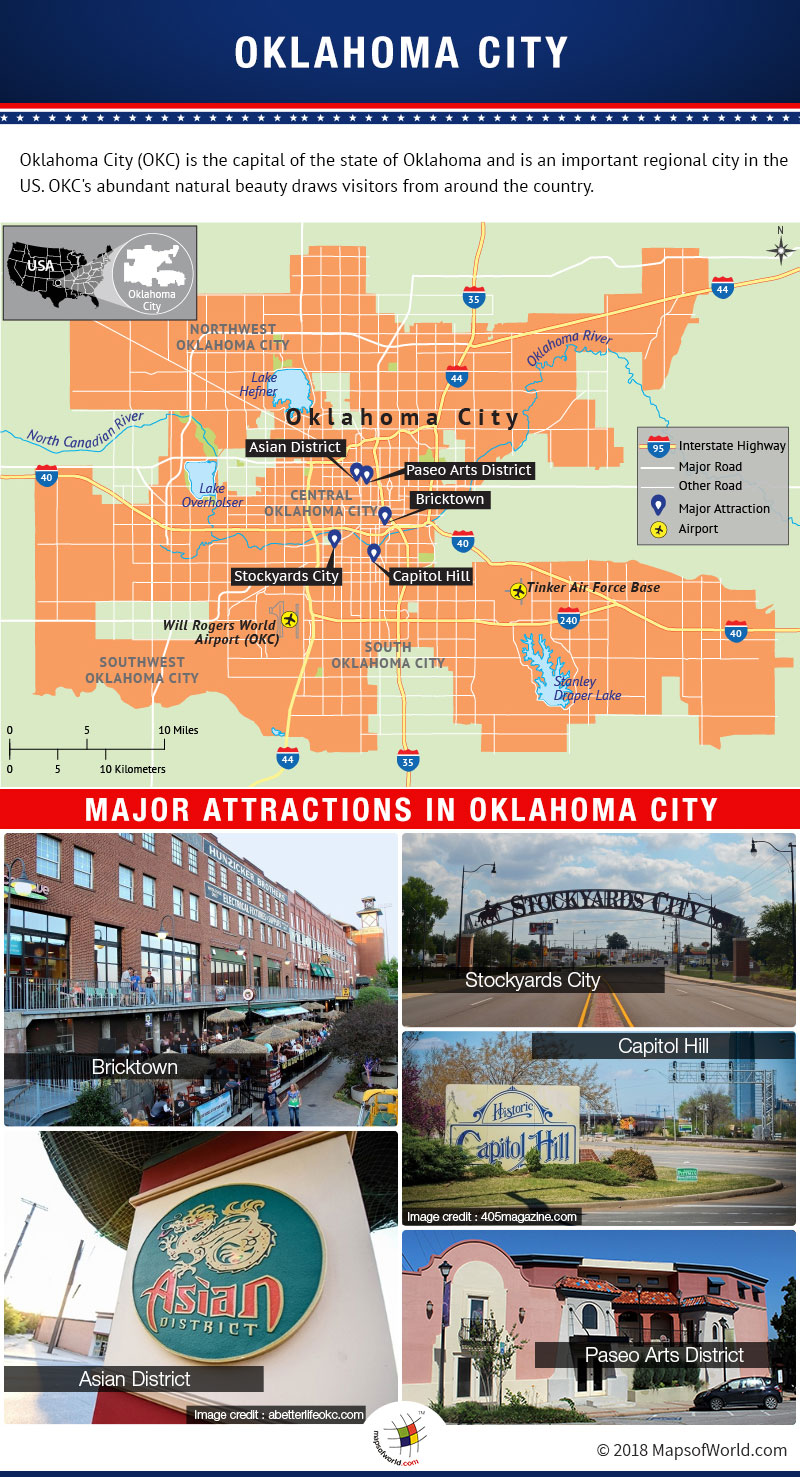 Oklahoma City (OKC) is where nature parades herself in one of its finest forms. Natural streams, rivers, waterfalls, and lakes make OKC a tourist’s playground. Plus, this city never fails to give its ode to the art; music, films and other related festivals crop up from time to time. Blessed with an urban settlement, it is a metroplex which has numerous attractive travel destinations within its boundaries.

Capital of the state of Oklahoma, the city registers itself as an important regional zone. It has presence of top government officials. Oklahoma State Capitol is located here which is Oklahoma state’s government house. 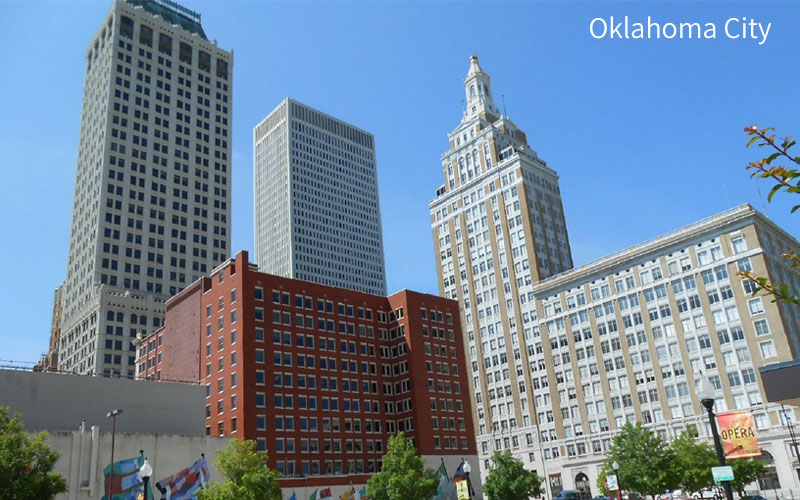 Places to Visit in Oklahoma City

Bricktown: Bricktown is counted among the fastest growing entertainment districts in the Southwest. This historic place has been re-established into a lively area with a bright nightlife, restaurants, dance clubs, music centers, markets, a movie complex and many other attractions.

Capitol Hill: The Capitol Hill is a Hispanic oriented cultural and commerce center. It also houses service businesses, bakeries, restaurants and churches. A concentrated developed market is what awaits a tourist here.

Paseo Arts District: This small Spanish village was built in 1929 to the north of downtown Oklahoma City along the Paseo Drive as the first commercial shopping district. The artists’ community of Oklahoma City resides here.

Stockyards City: Stockyards City is situated at the Agnew Exit South of I-40 to Exchange Avenue and has the leading wholesale and livestock markets in the world. The gaslights and wooden storefronts here recall the memories of the past. Many special events have developed which are now the basic appeal of the place, such as Longhorn Cattle Drive and the Stockyards Stampede.

Some of the other travel attractions in the Oklahoma City are: