Lithuania's latitude and longitude is 56° 00' N and 24° 00' E. Below is the map of Lithuania showing major towns, roads, airports with latitudes and longitudes plotted on it. 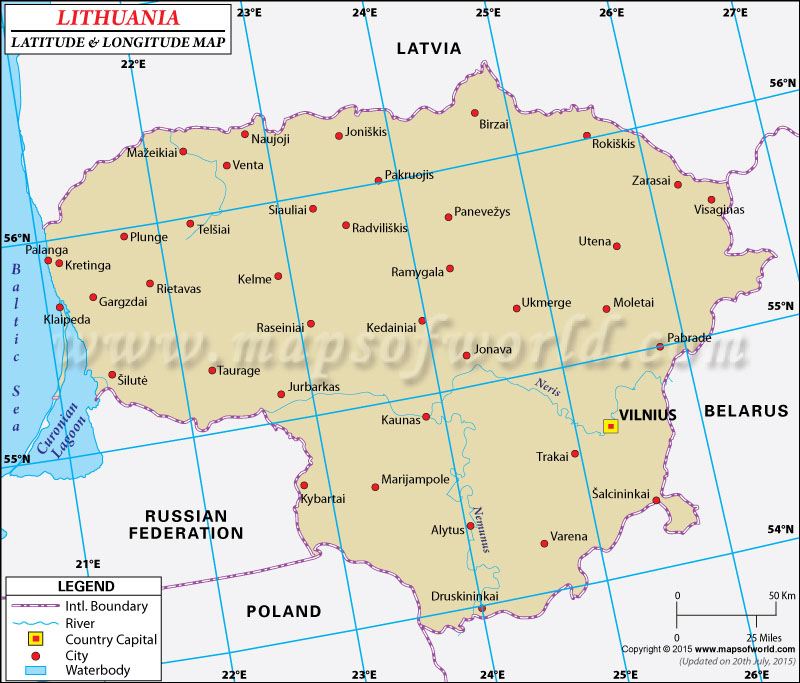 Lithuania's weather has both the features of maritime weather and the continental weather because of its location in between particular latitude and longitude. During summer season In Lithuania, sky generally remains cloudy as most of the annual precipitation takes place during this time of the year. That is why Lithuania has a mild and wet summer climate. Winter weather is very cold in Lithuania with a temperature that generally remains below 0° C.