About city : Vilnius is the largest and capital city of Lithuania, which holds an approximate population of 537,152 as of 2013. It is one of the cities frequently visited in… 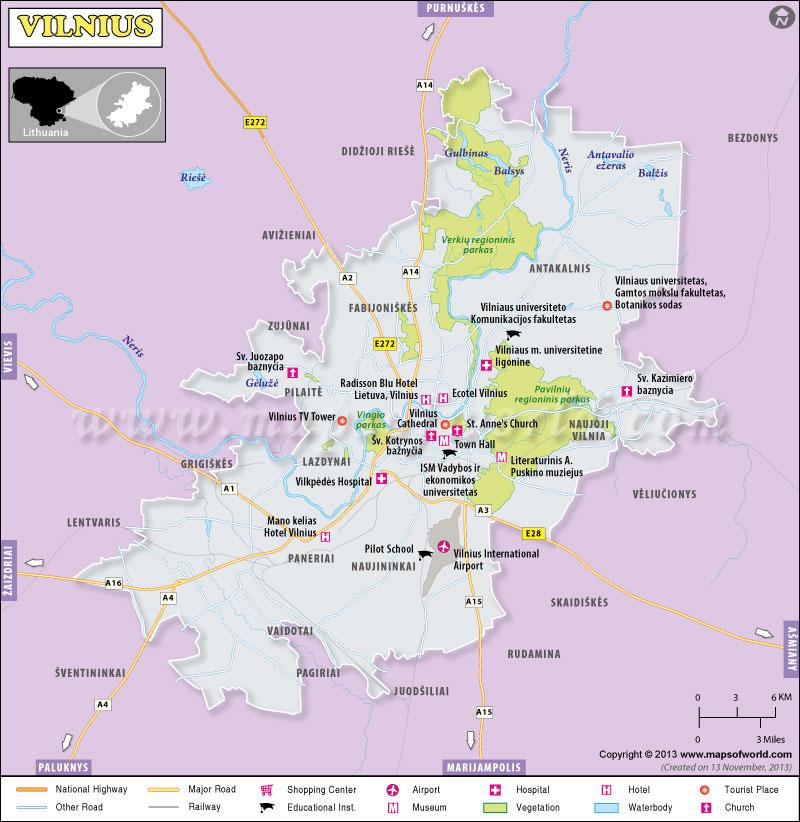 Vilnius is the largest and capital city of Lithuania, which holds an approximate population of 537,152 as of 2013. It is one of the cities frequently visited in Eastern Europe. It lures tourists because of its architectural wonders and its cultural aspects as well. The city is home to the President, the Government, the Seimas, and the Supreme Court. Besides, it also houses the Diplomatic missions, cultural, educational, research, financial, and healthcare institutions.

The city is located in the southeastern region of Lithuania. It also holds the second rank amongst the biggest cities of the Baltic States. Vilnius lies in the valley where the two rivers, Vilnia and Neris, confluence. It also lies close to the city and is commonly referred to as the Geographical Center of Europe. The city lies at a distance of 312 km from the Klaipeda and Baltic Sea and is sprawled over an approximate area of 402 sq. kms.

Vilnius enjoys humid continental climate and records an annual temperature of 6.1°C. Summers are usually hot where the temperatures can rise above 30°C during day time. On the contrary, winters are extremely cold where temperatures can drop to -25°C. In fact, the rivers also freeze during the winters and ice-fishing turns out to be a great option during this point of time.

When to Visit Vilnius :

The best time to visit Vilnius is during the months of June, July, and August. During this time, tourists can make the most out of the nightlife and other outdoor activities.

Vilnius is home to some of the interesting events that take place all through the year. Whether you are eyeing the cultural events or festivals, the city offers you all. Some of the popular events include :

Some of the major points of interest that you can visit on your tour to Vilnius are:

When it is vacation time, there are many who do not mind being a bit extravagant. Rather, the only thing that they would want in exchange is a comfortable stay. Vilnius offers some of the best luxurious stay options including Kempinski Hotel Cathedral Square, Stikliai Hotel and Restaurant, Radisson Blu Astorija Hotel, Ramada Vilnius, and The Narutis Hotel. On the other hand, if you are traveling on a low budget, then the city also has options for you including Ambassador Hotel, Mikotel Hotel, Ecotel Vilnius, Corner Hotel, and the Mara.