Guyana's latitude and longitude is 5° 00' N and 59° 00' W . Below is the map of Guyana showing major towns, roads, airports with latitudes and longitudes plotted on it. 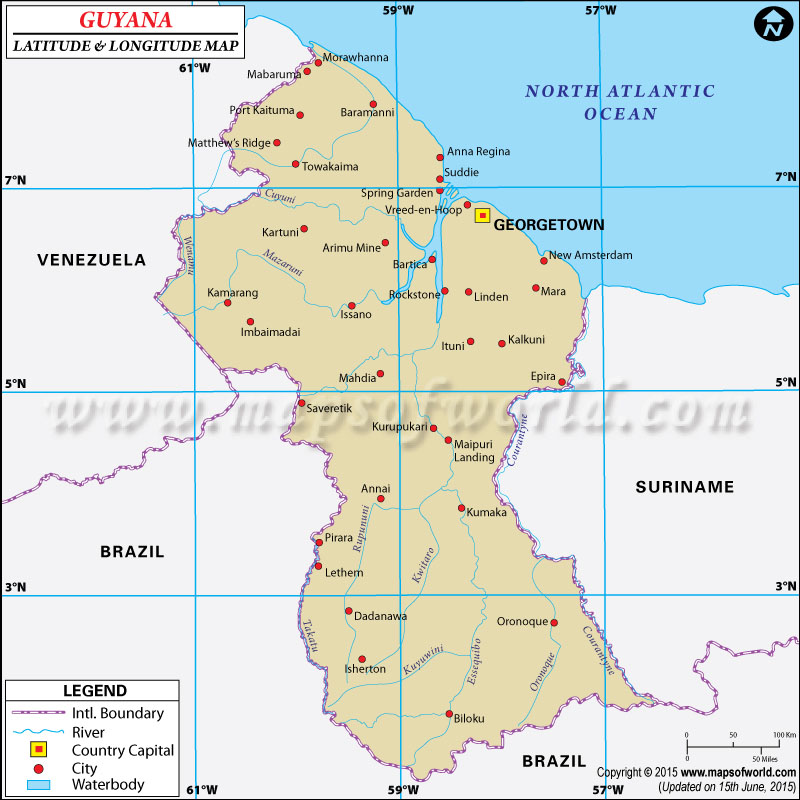 The latitude and longitude of Guyana is 5º 00' N and 59º 00' W respectively. It is located in northern South America and lies between Suriname and Venezuela. The total area is slightly smaller than that of Idaho. Georgetown, the capital is located in 6º 48' N and 58º 10' W latitude and longitude respectively. There are 10 regions in Guyana and it is one hour ahead of Washington DC during Standard Time.

The total area of Guyana is 2,949 square kilometers with a coastline extending up to 459 kilometers. The terrain of the region comprises mainly of rolling highlands and low coastal plains with savanna lands on the southern part. The climate of Guyana is mostly tropical type and has hot, humid summers. The climatic conditions are influenced by northeast trade winds. The rainy season spans from May to August and November to January. Sudden flash floods which cause great damage are quite common during the rainy season.