Guatemala's latitude and longitude is 15° 30' N and 90° 15' W . Below is the map of Guatemala showing major towns, roads, airports with latitudes and longitudes plotted on it. 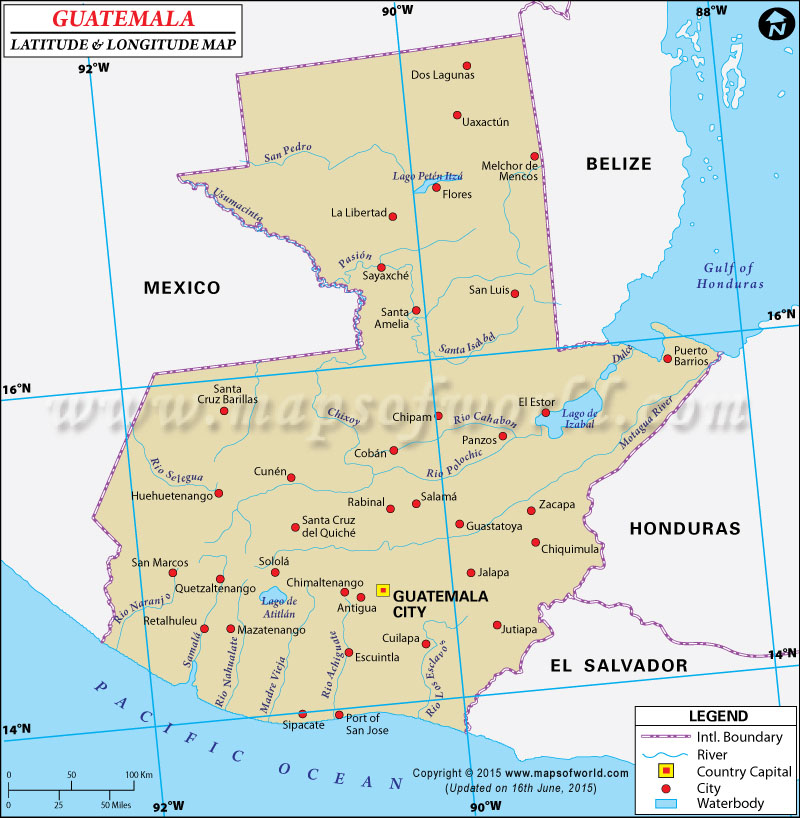 The latitude and longitude of Guatemala is 15º 30' N and 90º 15' W respectively. It is located in Central America and lies between Honduras and Belize. The total area is slightly smaller than that of Tennessee. Guatemala, the capital is situated in 14º 38' N and 90º 31' W latitude and longitude respectively.
There are 22 administrative departments in Guatemala and it is one hour ahead of Washington DC during Standard Time.

The total area of Guatemala is 108,890 square kilometers with a coastline extending up to 400 kilometers. The climate of Guatemala is mostly of tropical kind but it hot and humid in the lowlands and cooler in highlands. The terrain of the region is mostly mountainous with narrow coastal plains and rolling limestone plateaus. There are numerous volcanoes in the mountains which erupt occasionally. The region is also threatened with occasional violent earthquakes and is vulnerable to hurricanes and other tropical storms. Deforestation, soil erosion and water pollution are the major environmental hazards in the region.